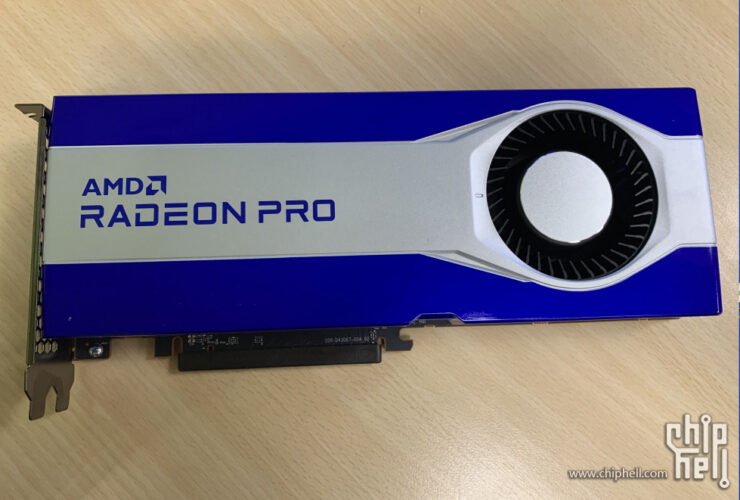 It’s been a while since AMD updated its high-end Radeon Pro lineup with the brand new RDNA 2 graphics architecture. The existing lineup consists of several Vega GPU-based variants serving the top-end segment while the first-generation RDNA GPUs based on Navi 10 SKUs serve the budget and mainstream segment.

Based on the looks of the card, the AMD Radeon Pro will come with a brand new shroud design that will incorporate the blue and silver color scheme. The card features a dual-slot design with a blower-style fan that will push air through the internal heatsink comprising several aluminum fins and a vapor chamber. 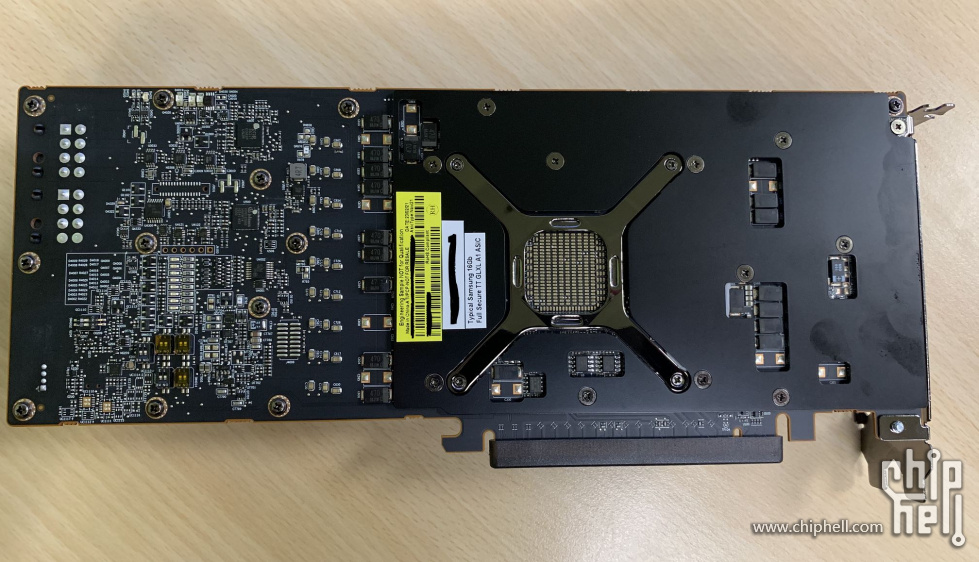 As for the specifications, while the leaker doesn’t explicitly mentions any details, the backside of the new AMD Radeon Pro graphics card states that it is based on the GLXL A1 AISC. The seems to point out a specific configuration of the Big Navi GPU or more specifically, Navi 21. For the gaming side of things, AMD has three Navi 21 SKUs which include the Navi 21 XTX for Radeon RX 6900 XT, Navi 21 XT for Radeon RX 6800 XT, and Navi 21 XL for the Radeon RX 6800. All three SKUs feature different core configurations but yet again, we can’t really say which specific SKU config the Radeon Pro GPU will be using.

In terms of memory, the card is listed with 16 GB Samsung memory. This confirms that the Radeon Pro graphics card based on the Navi 21 GPU will retain a 256-bit bus interface and will additionally carry 128 MB of Infinity Cache. The PCB design is a slightly modified version of the reference AMD Radeon RX 6000 (Big Navi) series graphics cards. Power is provided through dual 8-pin connectors.

What’s also important to note is that the card pictured above is an engineering sample. The AMD Radeon Pro lineup featuring Big Navi GPUs will go up against NVIDIA’s Ampere workstation lineup which currently includes the 48 GB  RTX A6000 and will soon include the rumored 24 GB RTX A5000 and the 16 GB RTX A4000. So having just 16 GB memory on a professional card may seem to suggest that either AMD is going the perf/$ route or a faster SKU is also in the works which will be unveiled at the launch. We don’t know when the card would launch or what’s its price is going to be like but the pictures seem to suggest that AMD could be ready for an announcement soon!