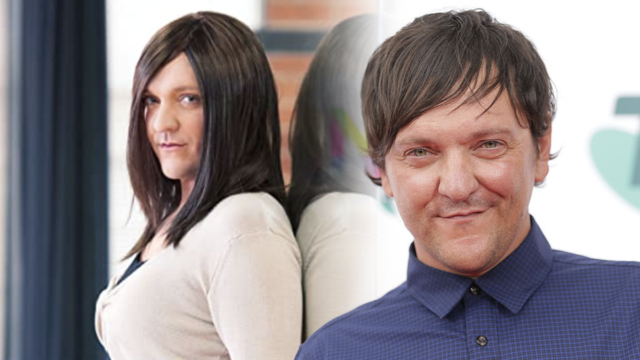 Comedian Chris Lilley is resurrecting one of his most famous characters, but we will have to see if Australians are ready to give him another chance.

He made headlines last year when his shows We Can Be Heroes, Angry Boys, Jonah From Tonga and Summer Heights High were pulled from Netflix following outrage over his use of Blackface.

The first 15-minute episode of parody podcast Ja’miezing has dropped.

It follows the narcissistic, callous, now-20-year-old Sydneysider as she navigates university, dating and life in a post-COVID world.

“So this pod is actually an assignment I’ve got to do for my social media course. We all had to choose something. I chose podcast,” Ja’Mie said.

“I have moved into the influencer space these days, so it’s like a perfect fit for me.”

Now in the final year of her PR degree, Ja’mie promises to give listeners advice on “beauty and relationships and crap like that”.

Such tips already include how to find an unattractive yet rich husband.

“If you wanna marry a rich guy, you’re going to have to lower your ‘hot’ standards and go for someone fugly,” she says.

“So yeah, I’m currently on the prowl for a fugly rich guy … and the good thing about them being fugly is that it means I can cheat, and it’s kind of like, ‘Yeah, fair enough’.”

Jessica Ford, lecturer at The University of Newcastle’s School of Humanities and Social Sciences, said while Ja’mie is a significantly safer option for Lilley compared to his other characters, he should still be mindful of her broader implications.

“When you have characters playing characters of other genders, and you’re having them laughed at, you’re reinforcing the idea that a cisgendered male in a dress is inherently funny and something to be laughed at and mocked,” Dr Ford told The New Daily.

“We have shown that has a direct correlation with violence towards transgendered women.”

Ja’mie first appeared in We Can Be Heroes, but rose to prominence in Lilley’s subsequent series Summer Heights High and Ja’mie: Private School Girl.

She is Lilley’s attempt to satirise and parody the upper-middle class, privileged schoolgirls of Sydney’s Northern Beaches.

As controversy surrounded Lilley’s previous projects, a former schoolboy made claims that he had inspired the depiction of Tongan student Jonah.

The student claimed he felt “angry and exploited” that Lilley had taken advantage of him and profited off such offensive comedy.

In response to the criticism, Lilley doubled down and took to his social media platforms, sharing never-before-seen videos of him playing Jonah.

“When Chris Lilley is doing his satire, he is often satirising the culture of people who are less powerful than him.”

The post Controversial comedian Chris Lilley brings back Ja’mie, but are we ready? appeared first on The New Daily.