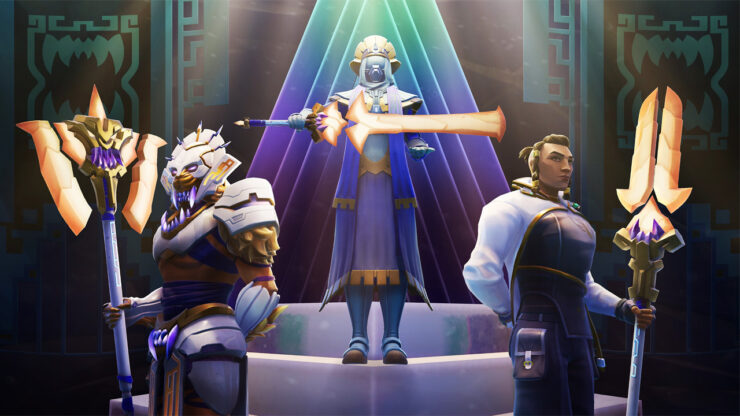 Dauntless is kicking off its latest season, entitled “Infinite Radiance,” which includes time-traveling extensions to the game’s Slayer’s Path campaign, a variety of Trials tweaks, Primal Behemoths, and more. You can check out a quick teaser trailer for the new season, below.

Here’s a rundown of everything you can expect from Dauntless this season:

You can get full patch notes for Dauntless ver. 1.6.0, right here. The Infinite Radiance content won’t be released all at once, but rather rolled out over the next few weeks. Phoenix Labs has provided a roadmap for the next couple months (click on the image for full resolution).

Dauntless is available on PC, Xbox One, PS4, and Nintendo Switch. Update 1.6.0 is now live.