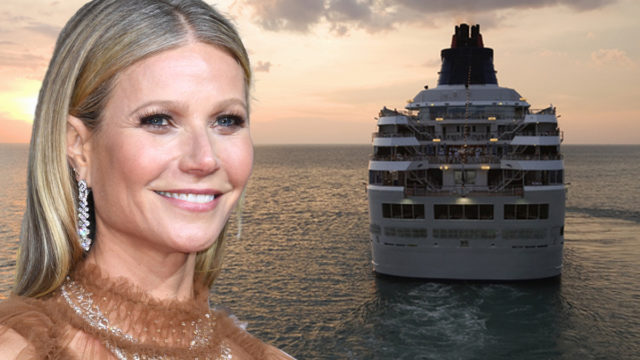 The rest of the world is cruising again – including Gwyneth Paltrow’s floating Goop – while Australia is stuck sitting at the dock.

The trans-Tasman travel bubble green-light has prompted the industry to lobby the government, arguing allowing cruises to operate would bring 25,000 jobs back online.

But the federal government won’t budge on letting passengers back on deck, claiming it’s still too risky.

This is despite cruises setting sail across the world, including in Europe and Asia, while the US eyes a July start date.

Even Paltrow is back on the waters with a wellness-inspired Goop at Sea cruise, finally sailing after being cancelled last year.

In posting an “all aboard” picture to socials, the 48-year-old didn’t reveal any details about the cruise, but if the doomed 2020 cruise is anything to go by, passengers can expect to depart from Barcelona and sail around the Mediterranean for 11 days.

Following the disastrous Ruby Princess debacle, which was linked to more than 660 cases of coronavirus and 28 deaths, the Australian cruise industry has been struggling to stay afloat.

Industry leaders are now adding pressure to Australian and New Zealand governments to include cruises in the trans-Tasman bubble, a decision which would help restore the 25,000 jobs created by the industry.

“In the same way that we are seeing broader life get back to normal in Australia, we are proposing that cruising could resume locally, carrying Australians on local cruises only initially,” Mr Katz told The New Daily.

“This would mean no passenger could cruise to a local destination they wouldn’t otherwise be able to visit by land or air, but for this to happen while international borders remain closed, we need the government to finalise a framework to allow ships to carefully return to Australia to operate locally within the Australian bubble.”

David Beirman, senior lecturer in tourism at University of Technology Sydney and founding Chair of the Eastern Mediterranean Tourism Association (Australia), said state governments have a right to be cautious.

“The NSW government had its fingers well and truly burnt by the Ruby Princess last year,” Dr Beirman said.

“Even though there were some media outlets that blamed the cruise ships for it, the actual responsibility (as the royal commission proved), is that the state governments had the authority as to whether or not the passengers disembarked.”

Negotiations have been taking place for more than six months, as cruise industry leaders plead with state and federal governments to approve their COVID-safe plans.

“It is crazy that you’ve got practically every other sector of tourism up and running domestically in Australia, except for cruising,” Dr Beirman said.

Dream Cruises and Royal Caribbean have been sailing within Singapore and Taiwan since late 2020, with plans to resume sailing in Mexico and the Bahamas in June.

“The Australian government continues to work closely with the cruise industry to develop a framework for the staged resumption of cruise ships in a manner that is proportionate to the public health risk,” Mr Hunt said.

As to whether or not those seeking a mid-year voyage will be able to set sail, Dr Beirman warned passengers not to hold their breath.

“I don’t anticipate it happening before the third quarter of this year,” he said.

“The difficulty that cruising will always have, no matter what it does, is that it is a very social form of travel.”

The post Even Gwyneth Paltrow’s Goop cruise is setting sail – so why aren’t we? appeared first on The New Daily.