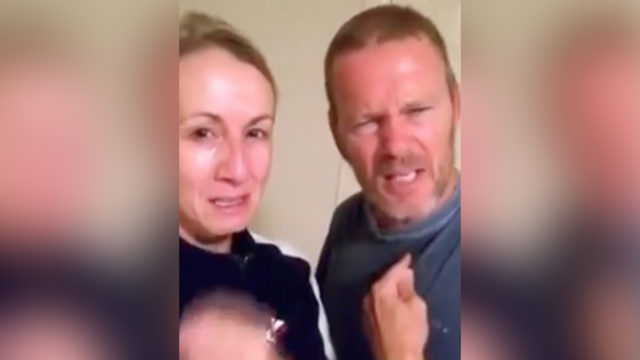 Actor Craig McLachlan has released an astonishing video of himself and partner Vanessa Scammell crying on camera as they discuss the sexual assault allegations he faced.

“This is not just about a headline for the day, this is ruining lives,” an emotional McLachlan says.

“Not just me, you want to crucify me? Fine. Look what it’s done to my beautiful partner, look what it continues to do to my family every day.”

Both are promos for an upcoming documentary on the Seven Network’s Spotlight.

“All is exposed,” McLachlan has written next to the first video.

In the second clip, the Gold Logie-winning actor is shown unshaven and shirtless. He tells his supporters – including more than 6000 Instagram followers – to “treasure” their lives because “they can be taken away like that”.

McLachlan was charged with seven counts of indecent assault and six counts of common law assault after accusations by several female cast members working on the 2014 stage production of The Rocky Horror Picture Show.

The Victorian Magistrates Court dismissed the charges in late 2020.

The Seven documentary will be the first time McLachlan has spoken publicly about the allegations since he was dropped from the network’s drama series The Doctor Blake Mysteries in 2018.

The network says the documentary was months in the making and will feature “explosive revelations”, including new evidence, new eyewitnesses, and “never-before-seen footage”.