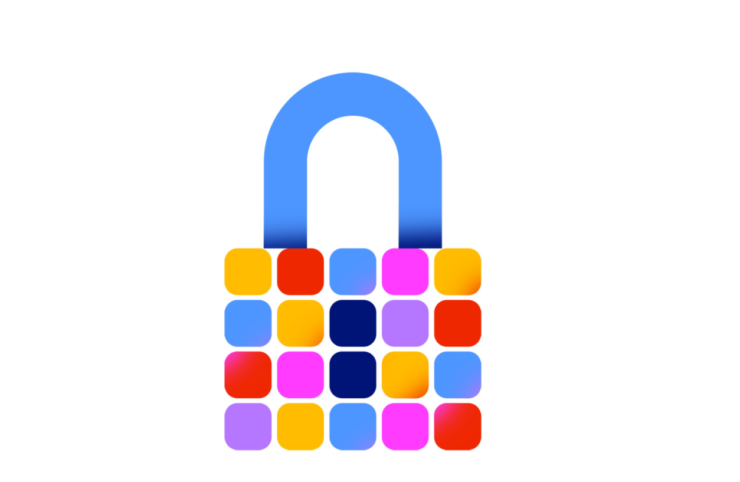 Apple is currently stuck in a legal battle against Epic Games, and while we still do not have our hands on the verdict, there are chances that it might shape the future of the App Store. However, that does not mean that Apple is not proud of its digital storefront, as the company has announced today about how App Store has managed to keep users around the world safe.

Apple announced on the website that App Store had done a lot of work in the past year. According to Apple, App Store has managed to stop more than $1.5 billion in “potentially fraudulent transactions” throughout 2020. Apple has also talked about how their digital storefront is a “safe and trust place”.

Apple also notes that there have been threats that have existed on the App Store since the start; over the past couple of years, these threats have only become more sophisticated and grew in number. The company has taken “relentless steps” to tackle these risks, both for the users and the developers.

This what the announcement had to say,

It takes significant resources behind the scenes to ensure these bad actors can’t exploit users’ most sensitive information, from location to payment details. While it’s impossible to catch every act of fraud or ill intent before it happens, thanks to Apple’s industry-leading antifraud efforts, security experts agree the App Store is the safest place to find and download apps.

The company also talks about how they have rejected over 48,000 apps in 2020 alone as these apps contained hidden or undocumented features. Not just that, over 215,000 apps were rejected for violating privacy. The App Store prevented over 3 million stolen cards from being used for purchases, and 424 million attempted account creations were rejected. 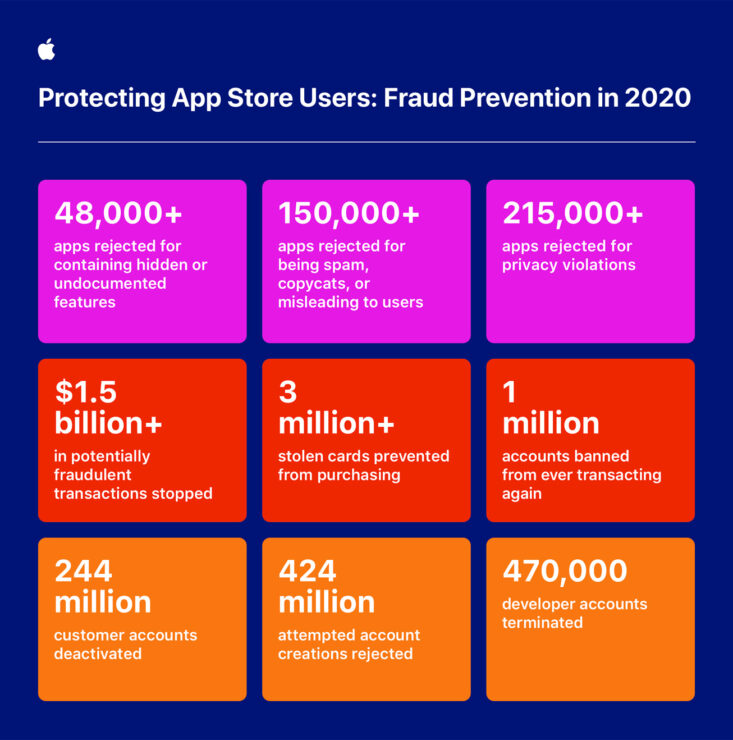 Apple has also shed light on the app review process in detail and has highlighted that the entirety of the process only has a single goal: to keep the users safe.

The App Review team is an essential line of defense, carefully reviewing every app and every update to ensure they adhere to the App Store’s strong guidelines on privacy, security, and spam. The guidelines have changed over time to respond to new threats and challenges, with the goal of protecting users and providing them with the very best experience on the App Store.
Apple’s goal is always to get new apps onto the store. In 2020, the team assisted more than 180,000 new developers in launching apps. Sometimes this takes a few tries. An app might be unfinished or not functioning properly when it’s submitted for approval, or it might not yet have a sufficient mechanism for moderating user-generated content. In 2020, nearly 1 million problematic new apps, and an additional nearly 1 million app updates, were rejected or removed for a range of reasons like those.

Apple has also gone into detail about other factors that protect the users. These include payment and credit card fraud, general account fraud, and more. You can read all about how Apple and App Store has been protecting you here.

The post Apple Claims That App Store Has Stopped Over $1.5 Billion in Fraudulent Transactions by Furqan Shahid appeared first on Wccftech.