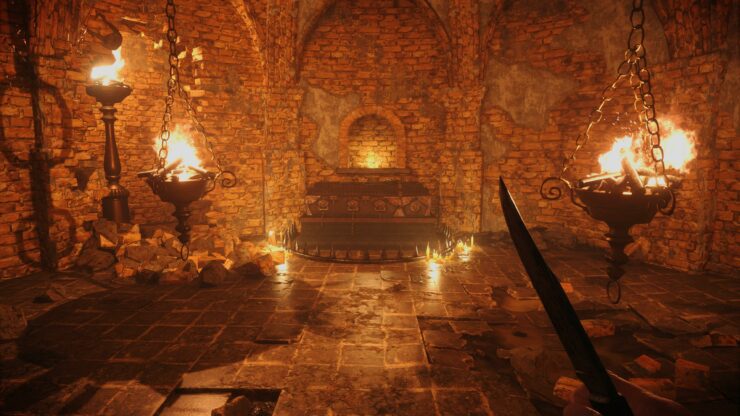 After you’ve explored what you assume must be most of Castle Dimitrescu in Resident Evil Village, there’s a chance you’ll come across a torn treasure map. This map leads you back down through the kitchen you first explored beyond the Maroon Eye Door, but the odds are you haven’t been back there since.

This guide will walk you through everything you need to know about the treasure map, the Special Chambers, and the treasure within.

Where do You Find the Treasure Map in Resident Evil Village 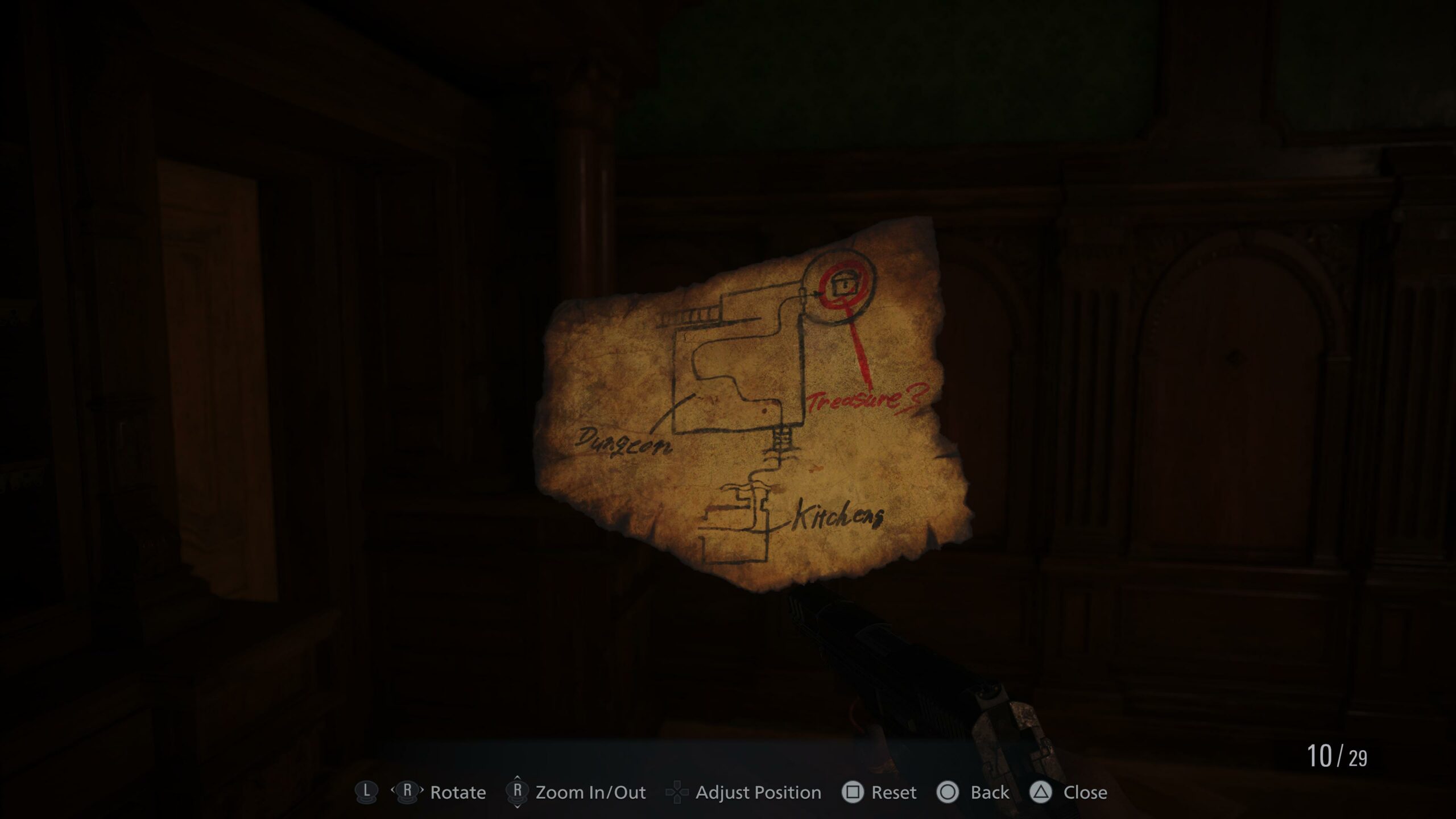 You won’t get the chance to collect the Treasure Map in Castle Dimitrescu until you’ve made your way to the attic, which is unlocked by ringing the five bells in the Atelier, which we have a guide for if you’re struggling.

Once you’ve climbed the ladder you’ll find the parchment on top of a table beside a breakable crate. Be careful because there is at least one sleeping enemy in the attic so make sure you’re safe when you approach.

After you’ve picked up the Treasure Map, you can examine it in your inventory to see the rudimentary drawing and a note scrawled on the back. The drawing takes you back to the kitchen while the note guides you to ‘follow the light’, whatever that means.

Where To Find the Special Chambers in Resident Evil Village 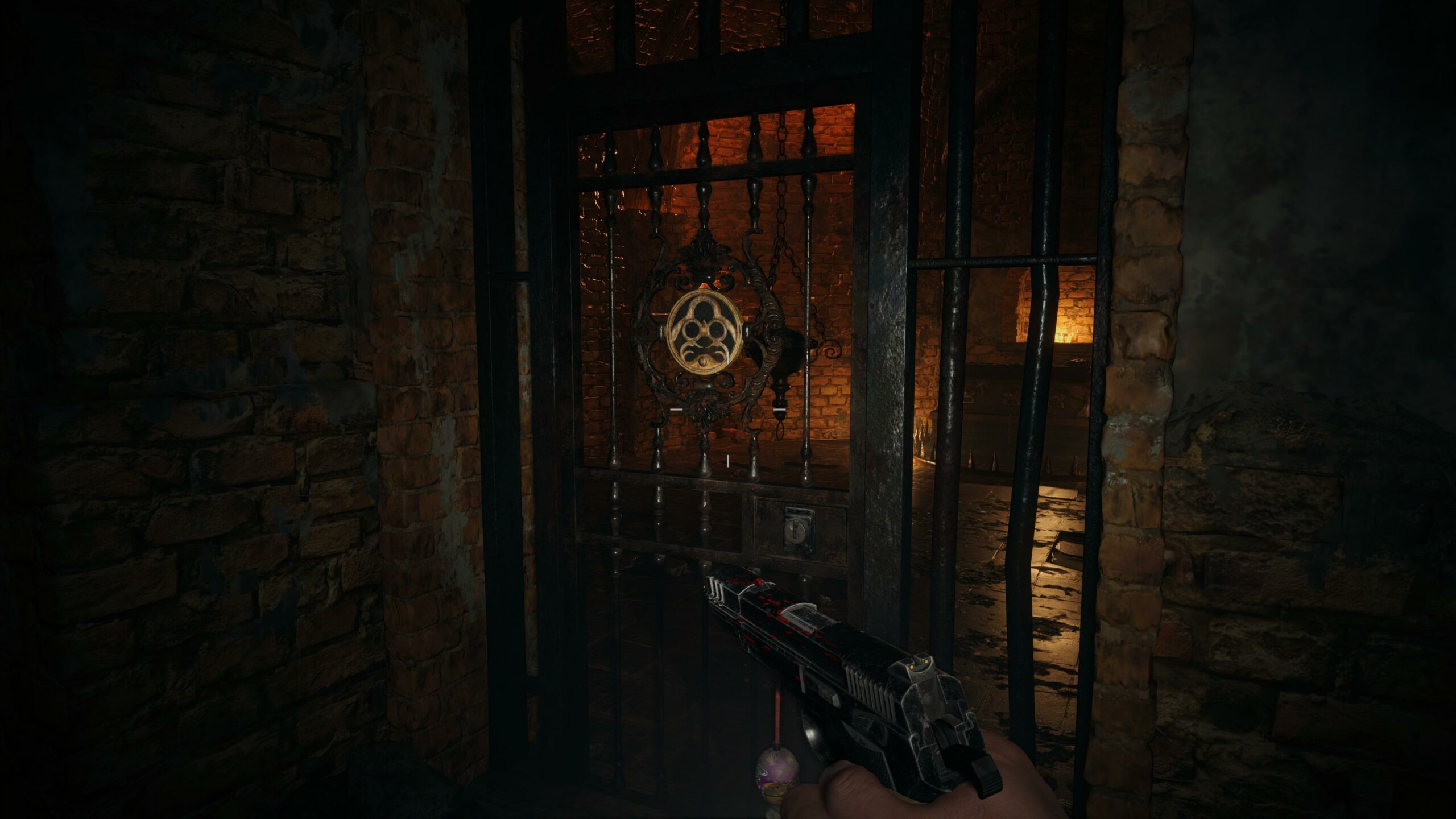 Once you’ve collected the map you can head back to the Kitchen that begins the start of the map. You can get there directly through the Main Hall so you won’t have to explore far, but be careful of any enemies that might have respawned since you saw spelunked below the castle.

Follow the route through the kitchen until you’re in the dungeon-like cellar. From here, you’ll want to make it to the top right corner of the door. While there are plenty of obstacles between you and the goal, there is nothing that can’t be walked around easily.

Once you make it to the area marked on the map you will find a door locked with the Iron Insignia Key. You should already have that by now, so simply unlock the door and step inside.

How to Solve the Treasure Map Puzzle in Resident Evil Village 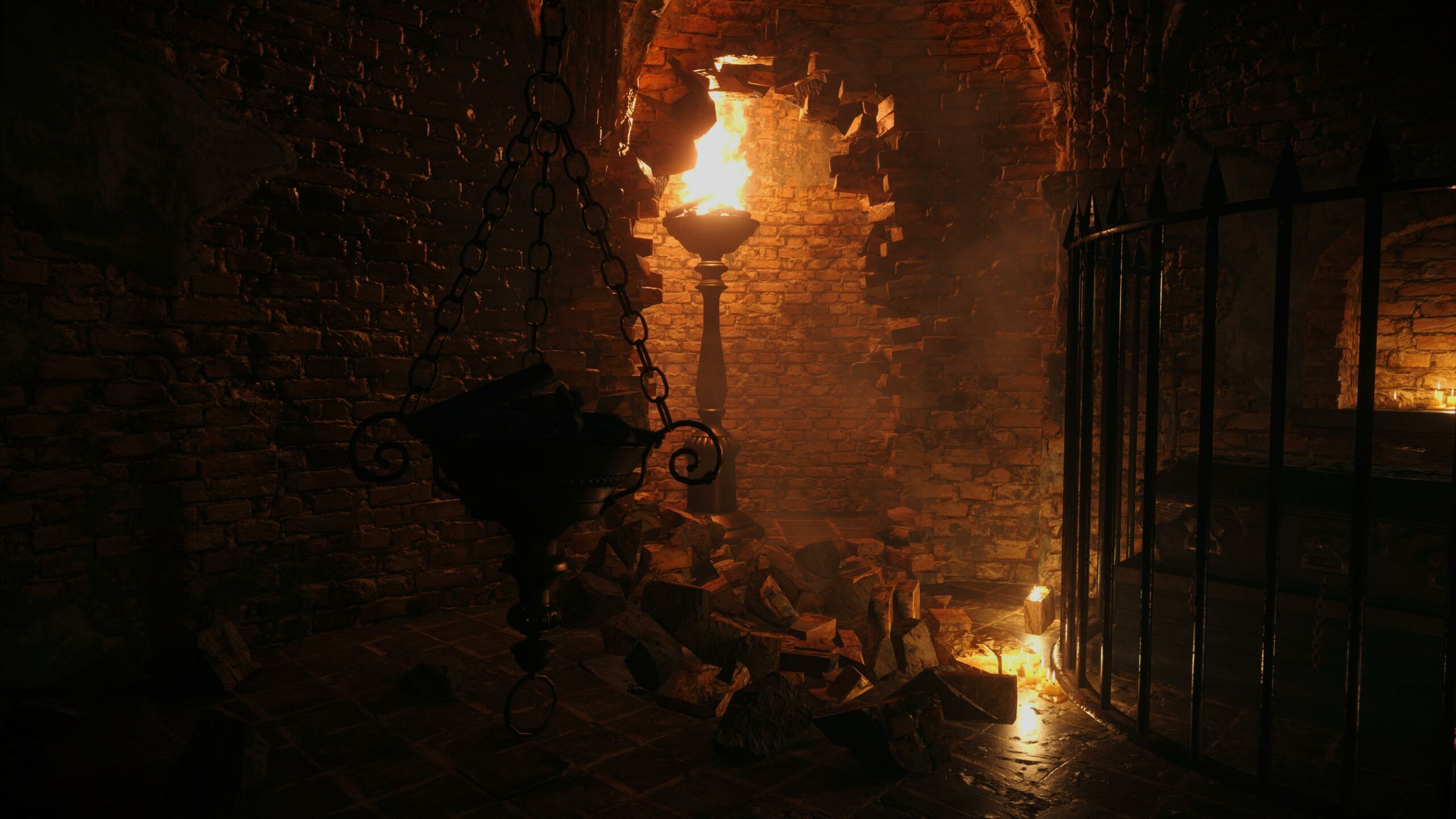 Once inside, the coffin at the center of the room will become blocked by raising spikes, and you’ll have to solve the puzzle to release it and find the treasure inside. Also in the room are two unlit braziers hanging from chains, a large crack in one wall, and a pipebomb.

If you’ve already solved the Mask of Pleasure Puzzle you’ll know what you need to do here. Use the pipebomb you’ve found (or go buy another from Duke if you accidentally used it for something else) to bomb open the crack to relieve a large fire burning on the other side.

Before doing anything else, climb through the widened crack to find some ammo and a crystal fragment. Once you’ve done that head back into the main room. Now that the large fire is exposed you can light the nearest brazier by pushing it towards the flame.

After that, all you need to do to complete the puzzle is light the other brazier with the first. But while this might sound simple the game’s physics are difficult to predict. It is perfectly possible to push the braziers together to light them so don’t give up if you’re struggling, it’s just about being persistent until you manage to line them up correctly.

We found it more useful to push the lit brazier first, then run to the other and shove that up towards the swaying fire, but there are undoubtedly other methods.

Once you have the braziers lit, the fence around the coffin will retract and you find the treasure inside, an Azure Eye. 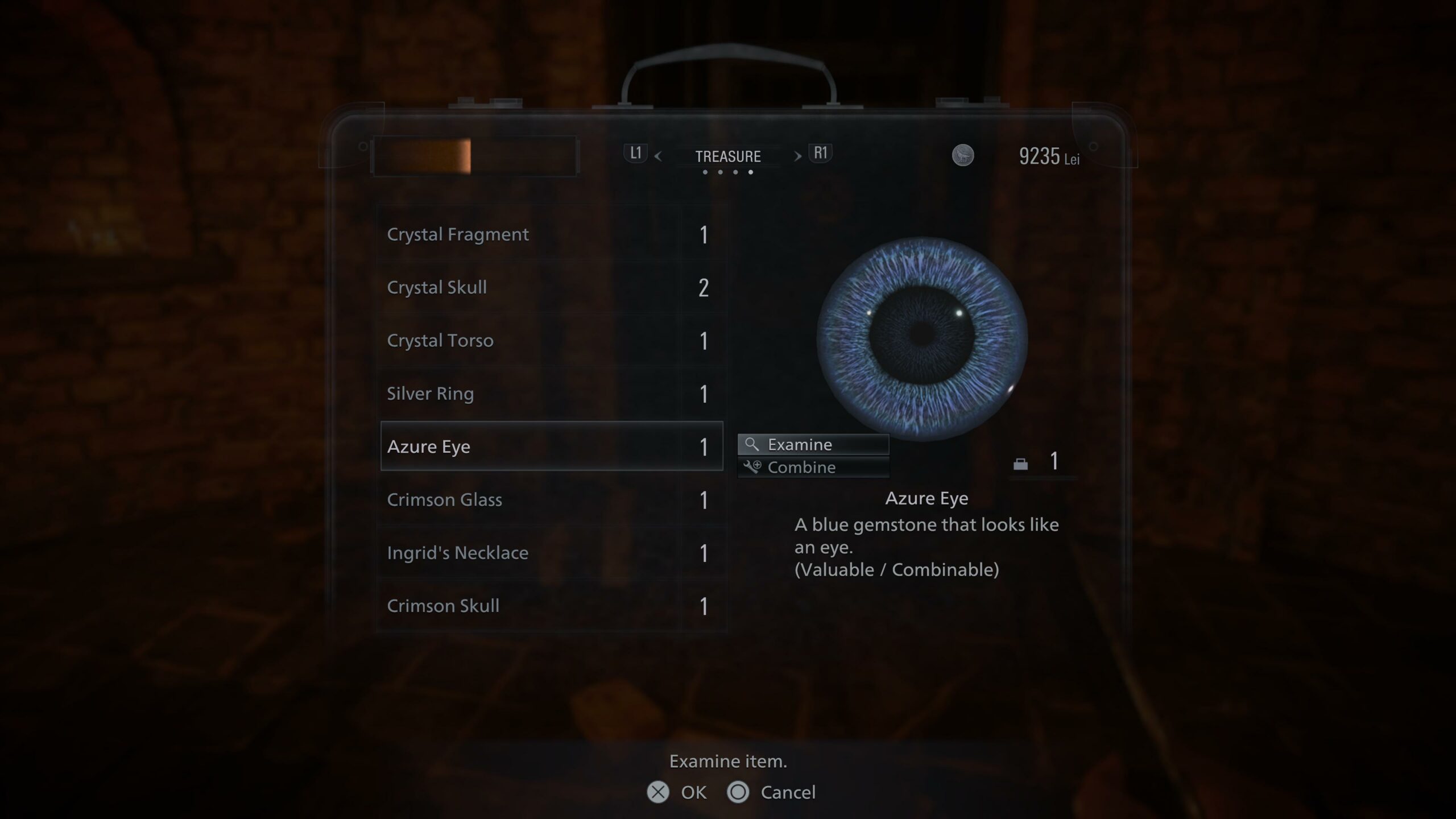 Unlike the Maroon Eye, this doesn’t open any door but can be sold for a bit of money to Duke. But before that, you can combine it from your inventory to make it even more valuable. If you’ve already been to the Hall of Pleasure you might have picked up the silver ring already, but if not you shouldn’t sell the Azure Eye just yet. Once you’ve got the silver ring, combine the two to make the Azure Eye Ring, much like the Maroon Eye Ring which is worth much more to Duke.

The post Resident Evil Village Guide – How to Complete the Treasure Map in Castle Dimitrescu by Rosh Kelly appeared first on Wccftech.