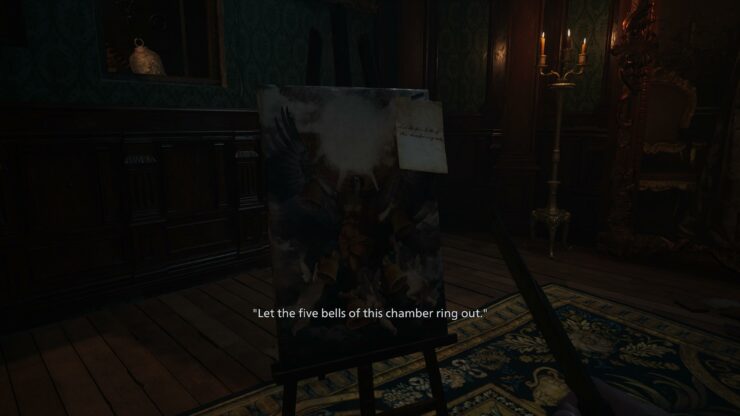 By the time you make it to the Atelier in Resident Evil Village, we will be fairly used to Castle Dimitrescu and its overly welcoming residents. Vampire Fly women stalk the halls, zombie vampire women stalk the shadows and the tall lady isn’t very happy you’re killing her daughters.

But once you make it to this artist’s workshop, the action suddenly stops, and you’re left completing a hidden object to progress. “Let the five bells of this chamber ring out” is a pretty obvious clue, but despite the room’s relatively small size, finding them to complete the puzzle can be a little tricky. This guide will work you through exactly where to find these bells so you can back to shotgunning vampires in the face and have your hands mangled by them in return. 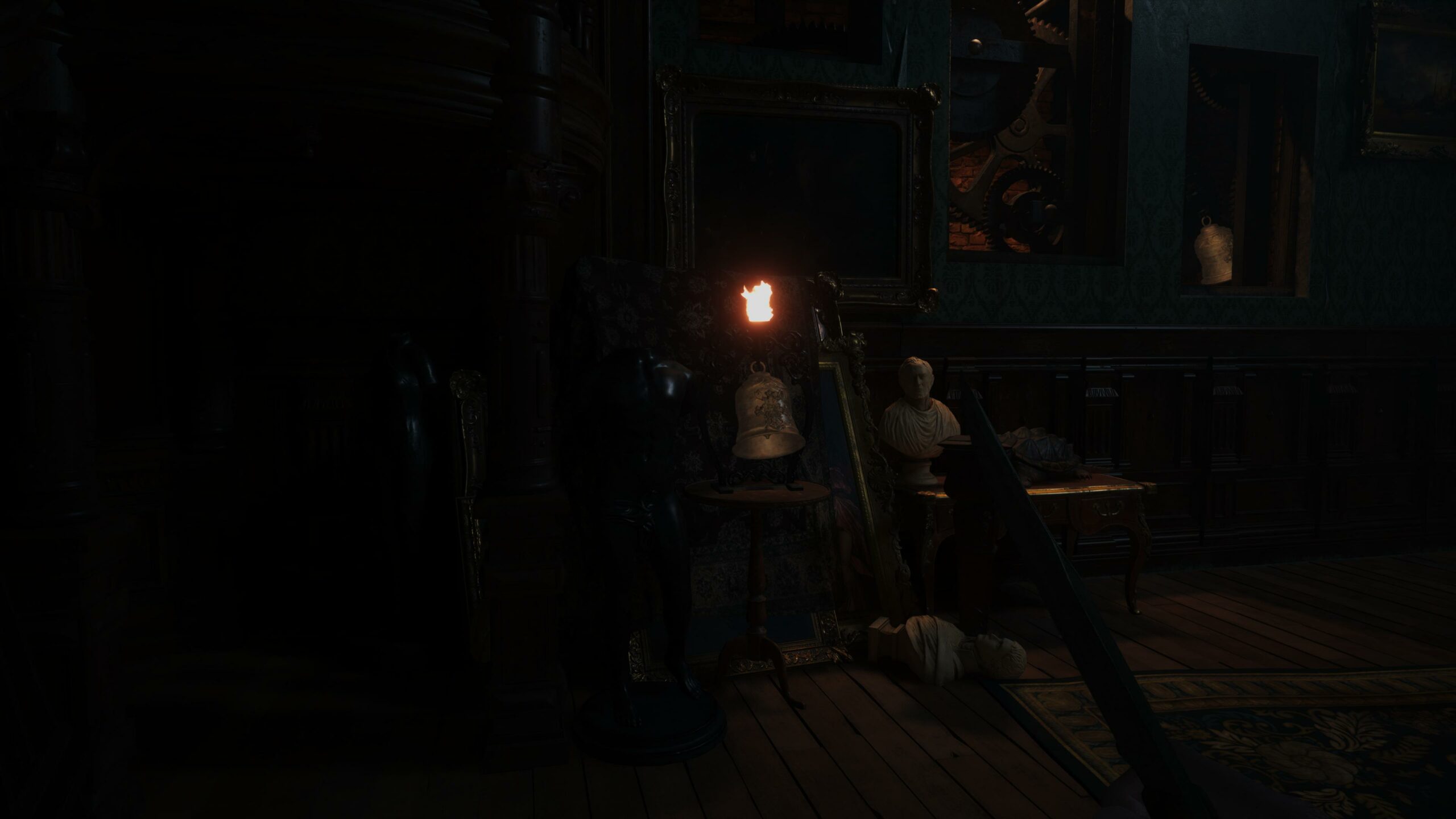 The first bell is extremely easy to find once you know what you’re looking for. On the table opposite the door you came in there is a large ornate bell. This is the only one you can ring with your knife, so make sure you save your bullets for what is to come. 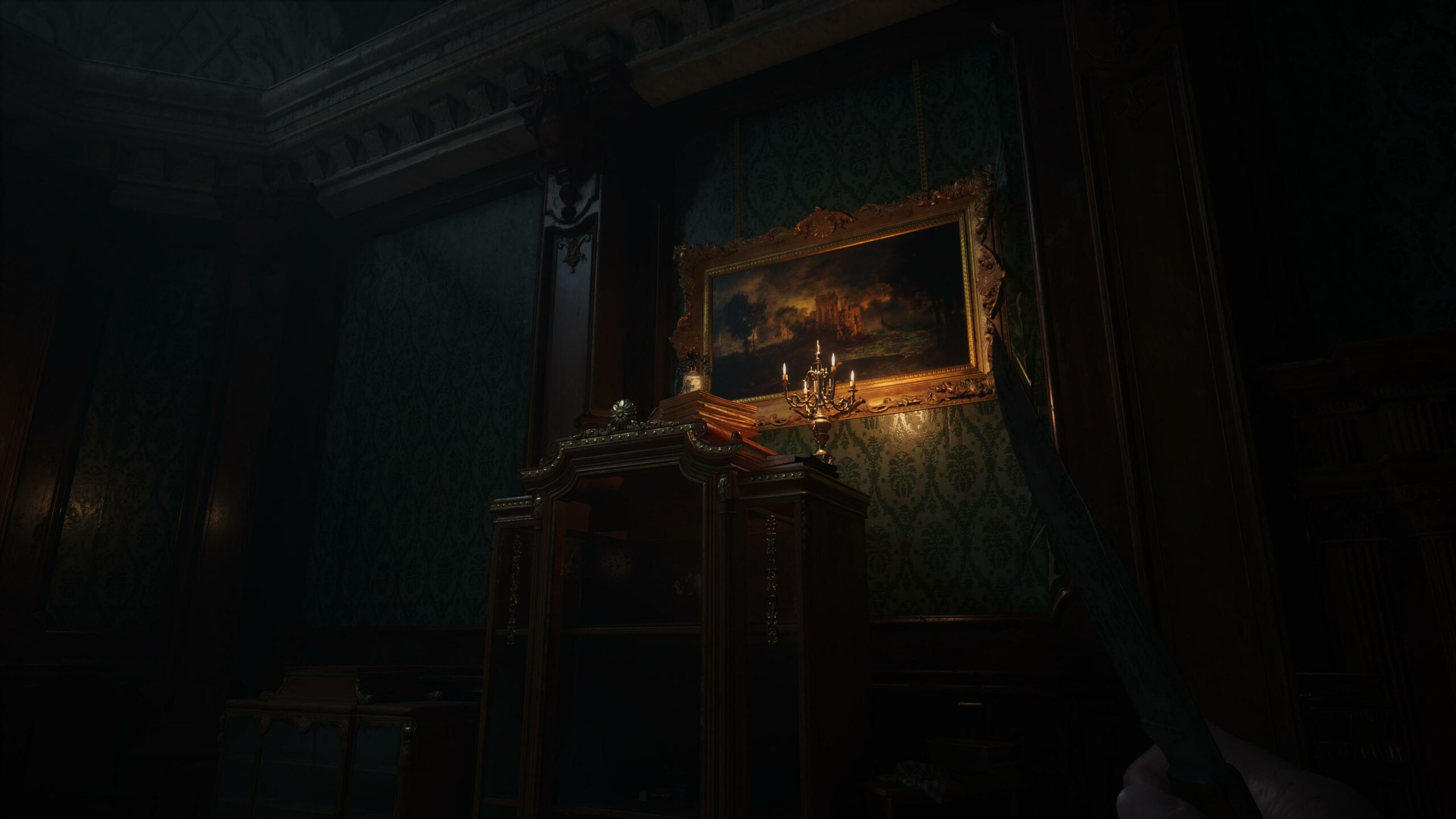 Much smaller and more out the way, you can find this bell on top of the cabinet near the canvas that gave you this riddle. Use your handgun to shoot the little instrument and you’ll see a small flame ignite above it to let you know you were successful. If you’re struggling to line up the shot, you can climb the stairs in the corner to get a better view. 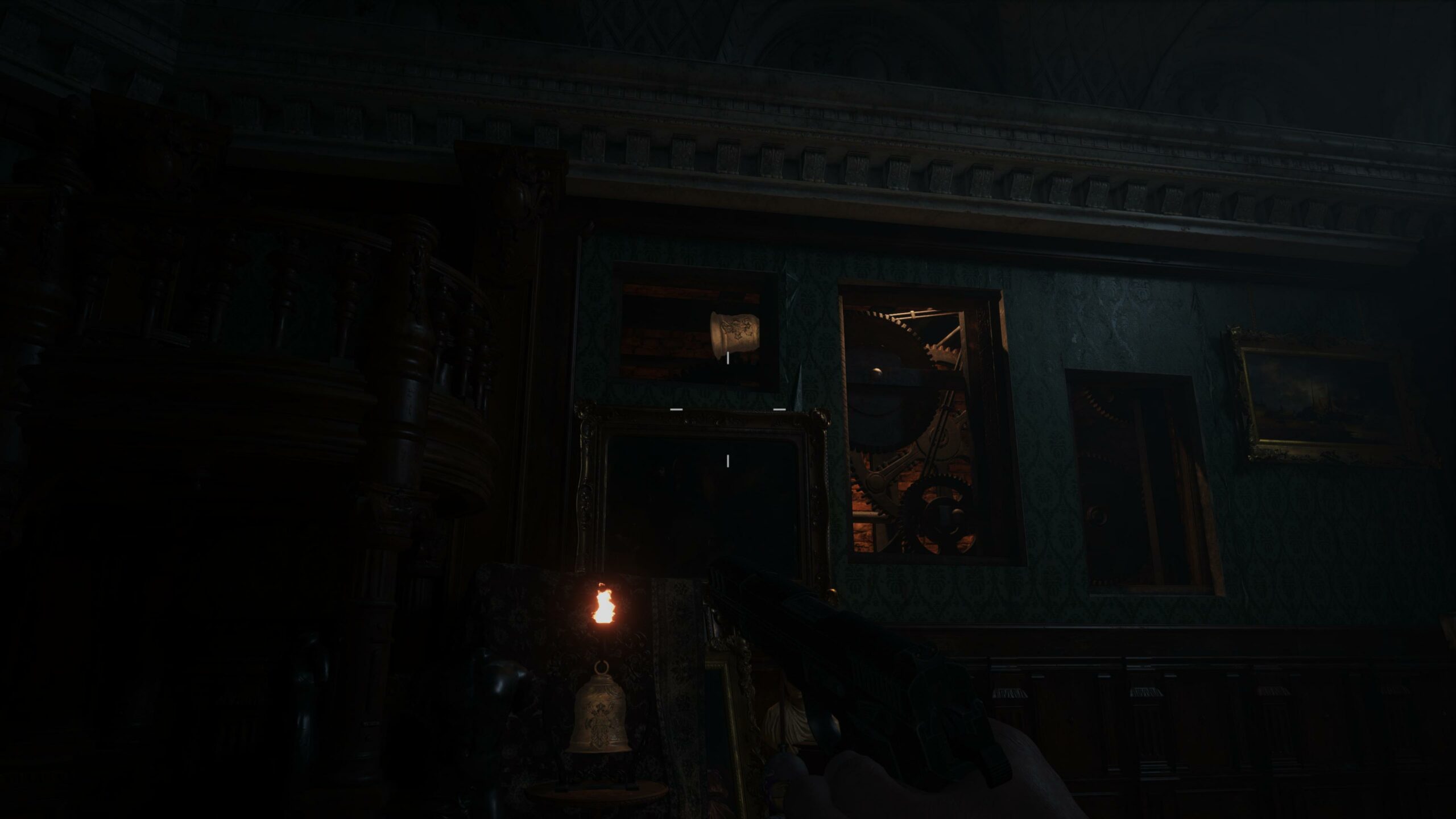 When you first walked into this room, you undoubtedly saw the holes in the wall filled with gears and pendulums and it’s probably no surprise to learn that there is a bell hidden amongst the mechanism.

Look at the left side window and wait, you’ll see the swinging bell framed there at the apex of its swing. This spot has the least obstacles and will hang there a few seconds so it’s the best chance you’ll get to shoot it with your pistol. Once again, a flame will ignite on it to let you know you can stop shooting. 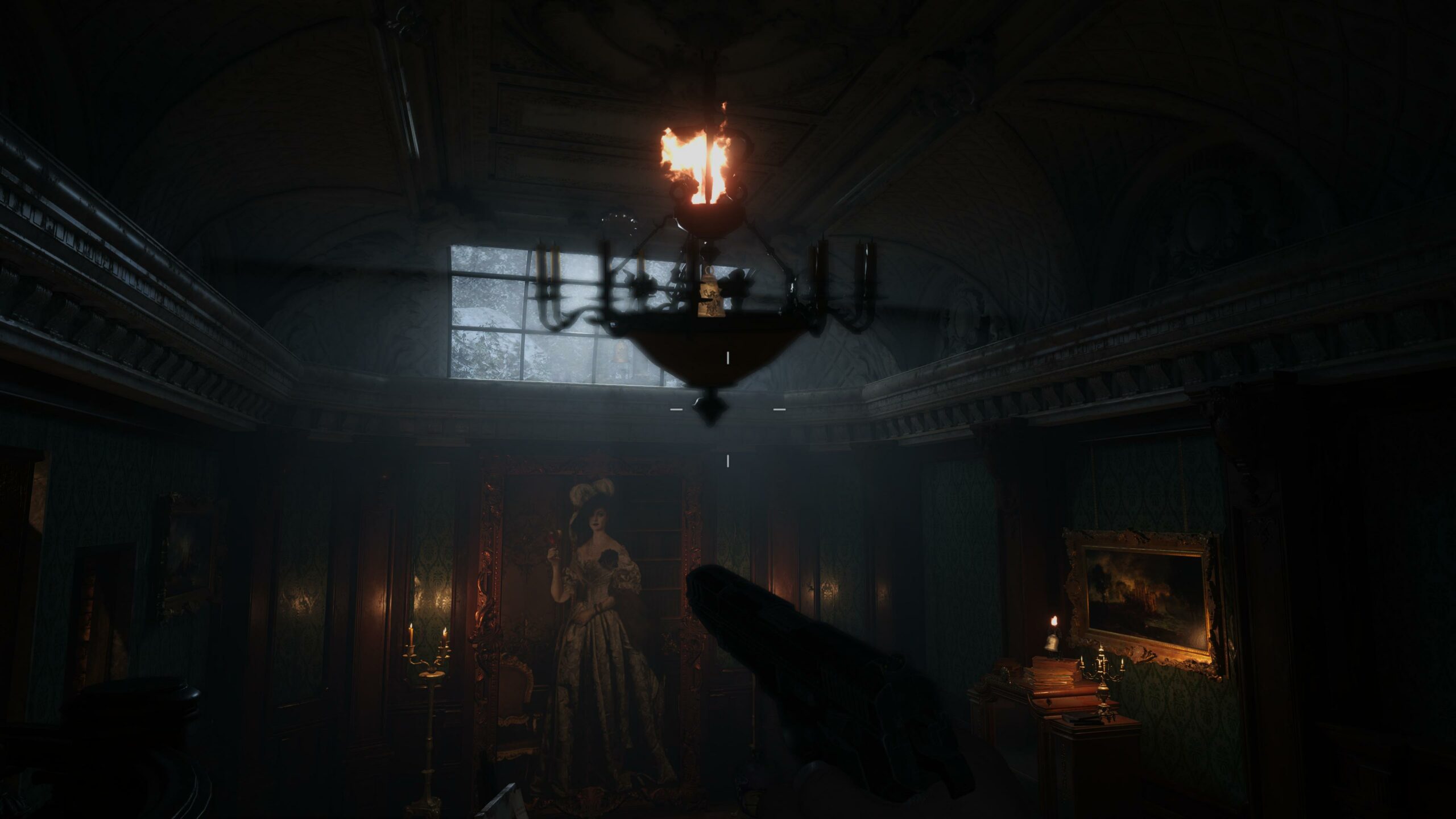 Head up the pointless stairs in the corner of the room to find the final two. The first will require two shoots as it’s currently covered by the chandelier. You can see the top of the dome peeking out from behind the ironwork, so use your pistol to shoot the metal and make it swing, giving you a chance to shoot the bell and ignite the fire. 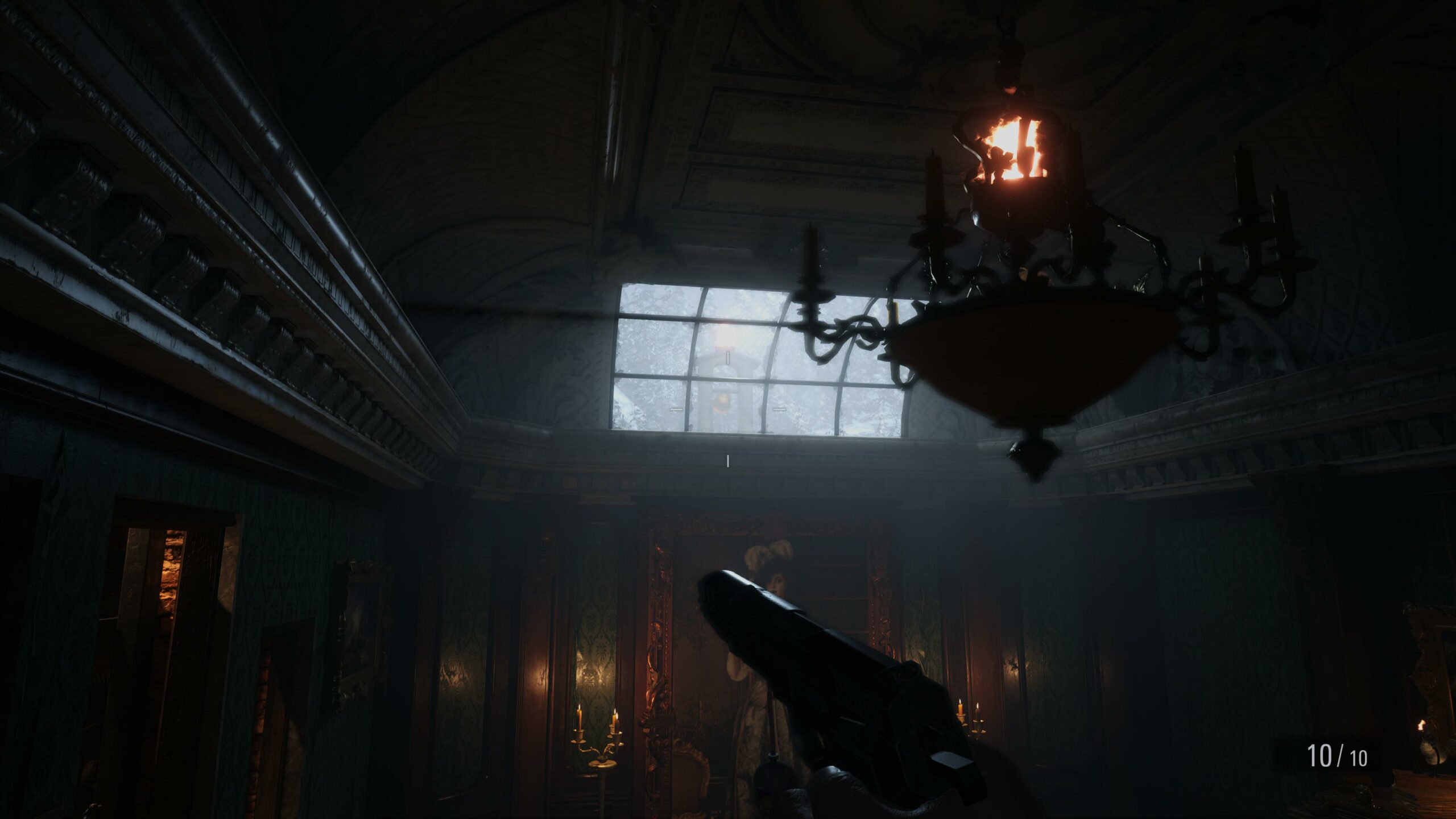 You probably won’t even have to move to spot the final bell, which is a bit of a trick. The clue clearly stated that the bells are in ‘this chamber’ but this last one is not technically inside the Atelier. Past the chandelier, and out the window you can see the final bell prominently displayed. Take one shot to break the window and another shot to ring the bell.

With all five bells found and hit, the giant painting of the giant Lady Dimitrescu will open to reveal a secret walkway.

The post Resident Evil Village Guide – How to Find the Five Bells in the Atelier by Rosh Kelly appeared first on Wccftech.