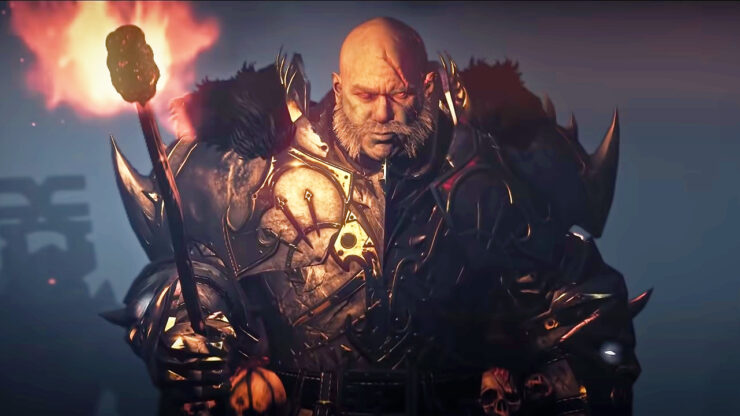 Creative Assembly dropped an epic new trailer for Total War: Warhammer III as well as a first peek at gameplay. This is a cinematic trailer, but it’s running in-engine, hinting at the impressive level of visual fidelity CA is aiming for with the game. As for what’s actually happening in the trailer, I won’t pretend to understand 100 percent of what’s going on, but we see the Russian-inspired Kislev faction doing battle with followers of the Blood God, Khorne. This battles culminates in a showdown between a giant ice bear and a demon, so yeah, this ain’t your daddy’s Total War. Check out the trailer for yourself, below.

As for the gameplay, it provides a first peek at Total War: Warhammer III’s new Survival Battle mode, which looks to integrate some tower defence elements with players having to deploy various defences, traps, and buffs to fend off the enemy hordes. We also get a closer look at the Kislev and Khorne. Watch the action unfold, below.

Haven’t been keeping up with Total War: Warhammer III? As indicated by the new trailer, this entry in the series takes a decidedly dark turn, as players will be battling daemon hordes and dying gods in the bleak Chaos Realm. Here’s the game’s official description:

In Total War: Warhammer III each choice you make will shape the reality-shattering conflict to come; from the mysterious Lands of the East to the daemon-infested Realms of Chaos. Experience strategy gaming on a scale yet unseen in this epic culmination to the Total War: Warhammer trilogy. Featuring iconic new races from the World of Warhammer Fantasy Battles, including the video-game debut of Kislev and Cathay alongside the factions of Chaos (Khorne, Nurgle, Slaanesh and Tzeentch) players will wage war with the most diverse array of legendary heroes, gargantuan monsters, flying creatures and magical powers that the series has ever seen.

Embarking on a new grand strategic campaign, you will be tasked with saving or exploiting the power of a dying god. Each race offers a unique journey through the nightmarish Chaos Realm, culminating in an endgame that will determine the fate of the world. The coming conflict will engulf all. Will you conquer your daemons? Or command them?