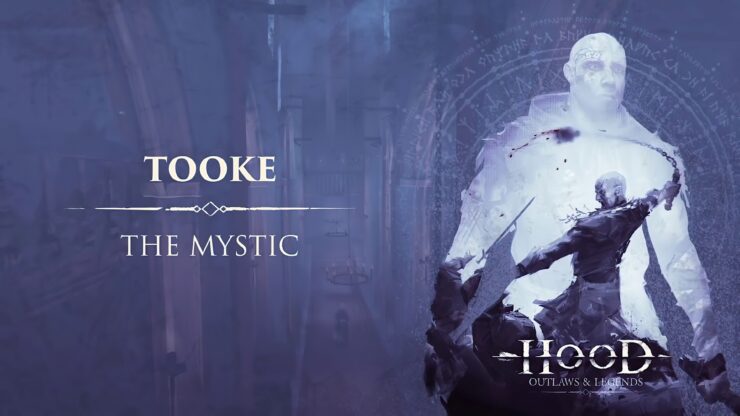 State Guards are getting stabbed in the neck, enemy thieves are being shot in the head, and here you are running around with an incense burner. Hood: Outlaws and Legends is a PvPvE game with four classes to choose from. Each one has an easy-to-understand role in the team and objectives that lean into their skills and abilities, except for the Mystic.

The Mystic is the most difficult and more strange class in Hood and exists as something like a support melee class, but one unlike anything you’ve played before. This guide will run through everything you need to know to turn your healer into a hero.

Other Hood: Outlaws and Legends guides: Beginner’s Tips and Tricks, Robin the Ranger, Marianne the Hunter, John the Brawler 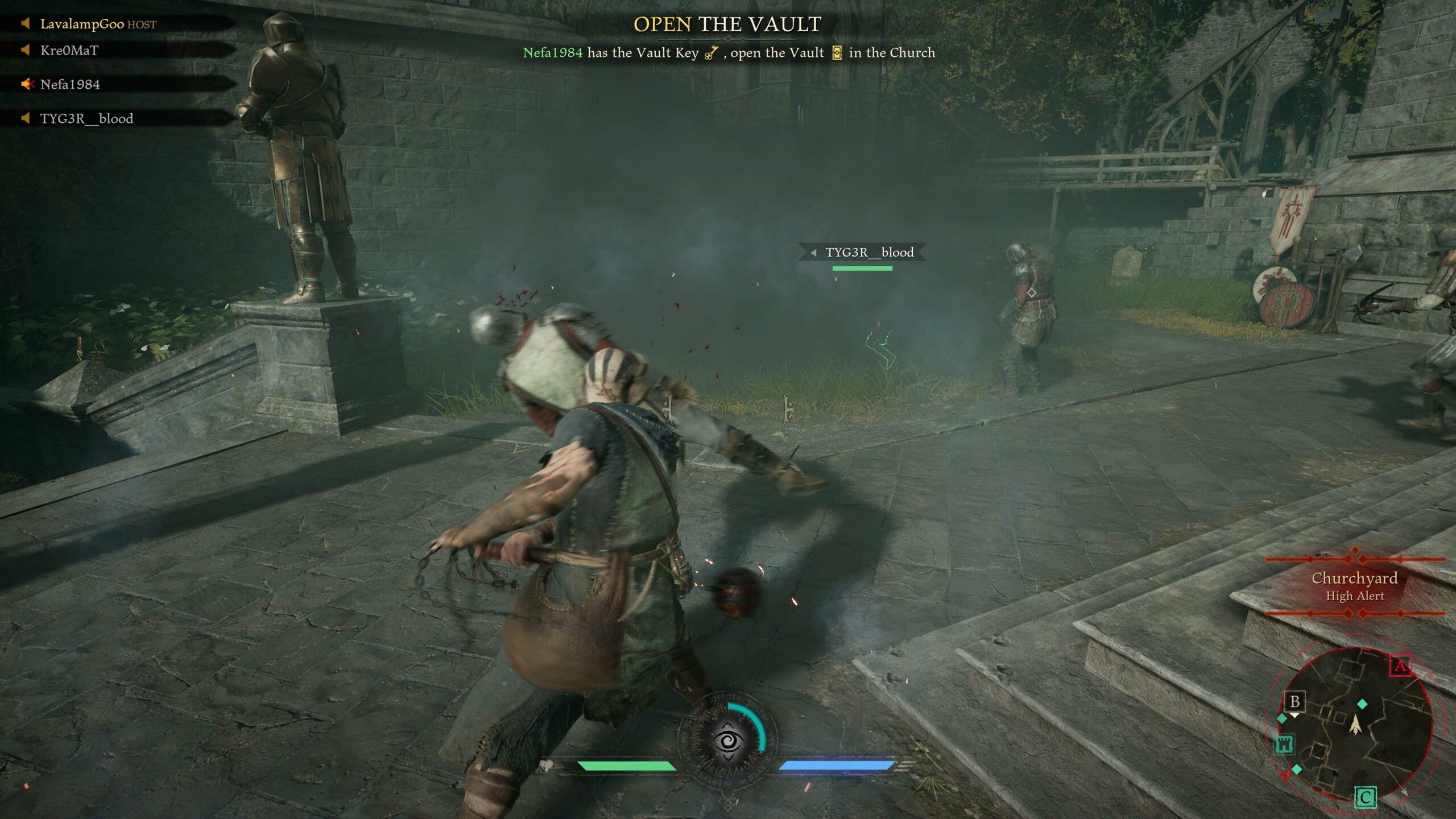 There is no healing in this game except the Mystic’s ultimate. If your teammate gets injured by a wayward sword swing or an arrow, they will be entirely relying on you to patch up their wounds. But you can’t do this very often, and it has more than a healing balm effect too.

If you’ve got your entire party with you and they’re all a bit bloody, it’s an easy enough decision to heal them if you can, but that opportunity doesn’t often present itself. So instead, you should use your ability to heal when the objective and the classes suited to complete the objective are in danger, whatever that objective may be.

Hunters excel in the early game, sneaking around and picking pockets, so look to heal them if they wander past wounded. In the late game, you’ll want to be defending the winch and keeping the Brawlers amongst your team alive since they’ll be doing the heavy lifting.

The second effect of your ability is to mark all enemies in a ghostly aura in a wide area around you. This can be incredibly useful on its own, so don’t go wasting it to heal someone miles from the action. This can help you counter incoming assaults from the other team or smoke out sneaking opponents lurking about for an easy kill.

Learning when it’s best to trigger can be tricky, but generally, if it feels like it’s been a little while since the other team made an appearance, it probably means they’re lying in wait or about barrel through the nearest door. 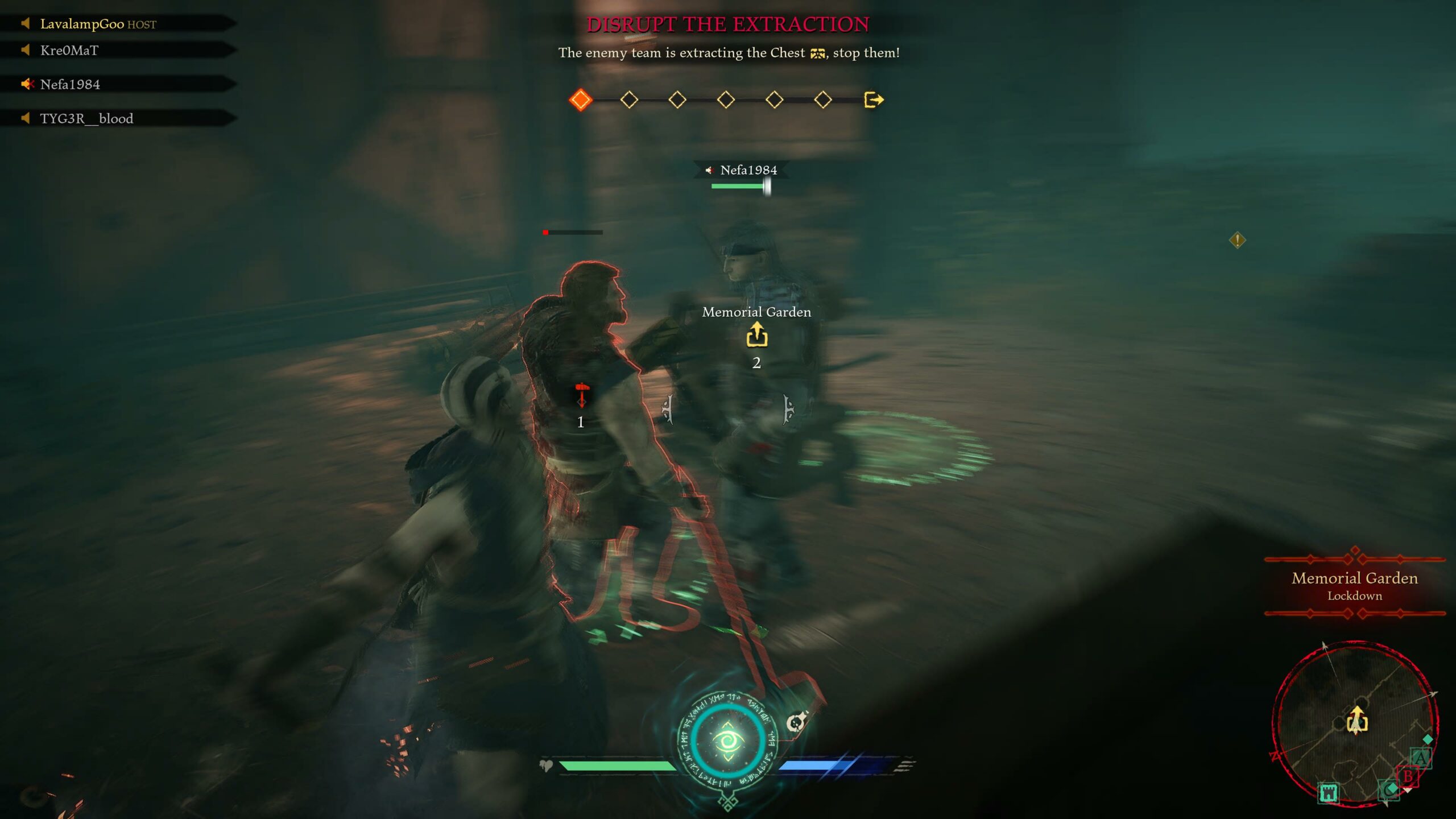 Like the Brawler, the Mystic is a melee-focused character, with your range limited to the length of your chain, which is longer than most other melee attacks but hardly enough to reach a distant enemy. You might think that makes you a serious threat to the likes of the ranged characters, but that is often not the case. The Mystic is a supporting character more than anything else, and like most support classes in games, that makes them pretty weak on their own.

With that in mind, stick close to the Brawler or whoever else wants to run into the fray and act as a second to their attack. Your wide attacks can be the perfect partner to a heavy hammer swing, while your extra range can be used to keep Hunter’s on their toes. It also means that in a big fray, you can help out many teammates without sprint between scrums, as long as you can keep from being the center of attention. Try and think tactically about each action, and have your attacks look like nothing more than an errant swing in the chaos. Use your attacks to keep enemies off the flank or staggered while other players do the real damage.

If caught alone, run and escape. Use a heavy swing to keep them at a distance or stun them enough to run for help. Remember that you can block rather than dodge, so use that to negate the telegraphed attacks. Don’t aim for kills as the Mystic; assists are far more valuable. 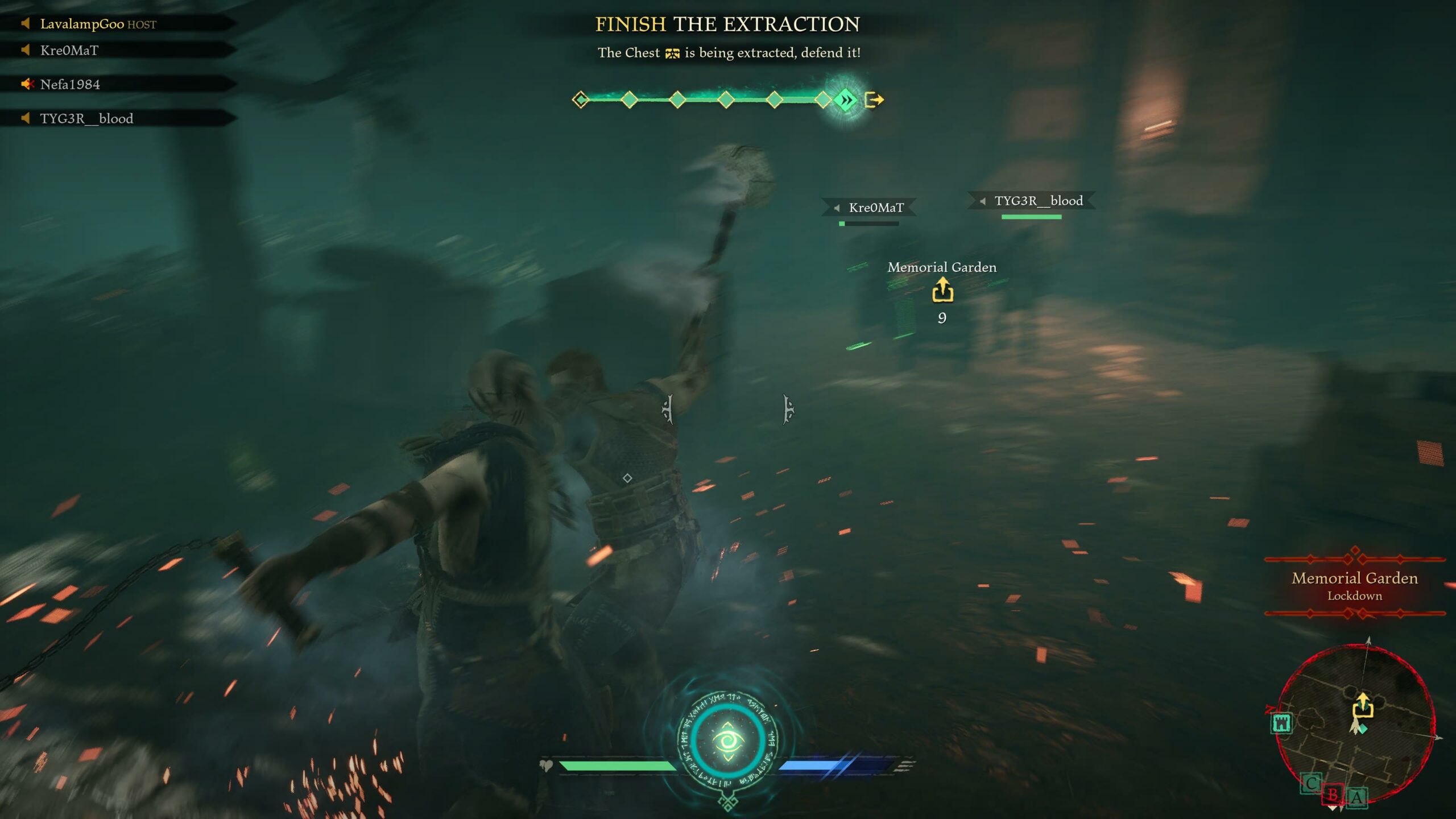 Your grenade equipment is much more effective than you might believe. While blurring an enemy’s screen might be pretty useless, its stamina-draining effect can completely shut down an enemy attack. Stamina in Hood: Outlaws and Legends are pretty limited, to begin with, and button-mashing players will quickly find themselves struggling to survive, but your green smoke can rob even the most reserved player of their ability to attack, defend, or escape.

Use these to start a large fight, catching as many enemy players, and the objective, into the field. This means the team will either have to flee the area, giving you a chance to become the defenders and hopefully with a more scattered opponent, or steal the objective out from under them. If they instead stand and fight, you’ll quickly mop them up as long as you remember to play supportively. 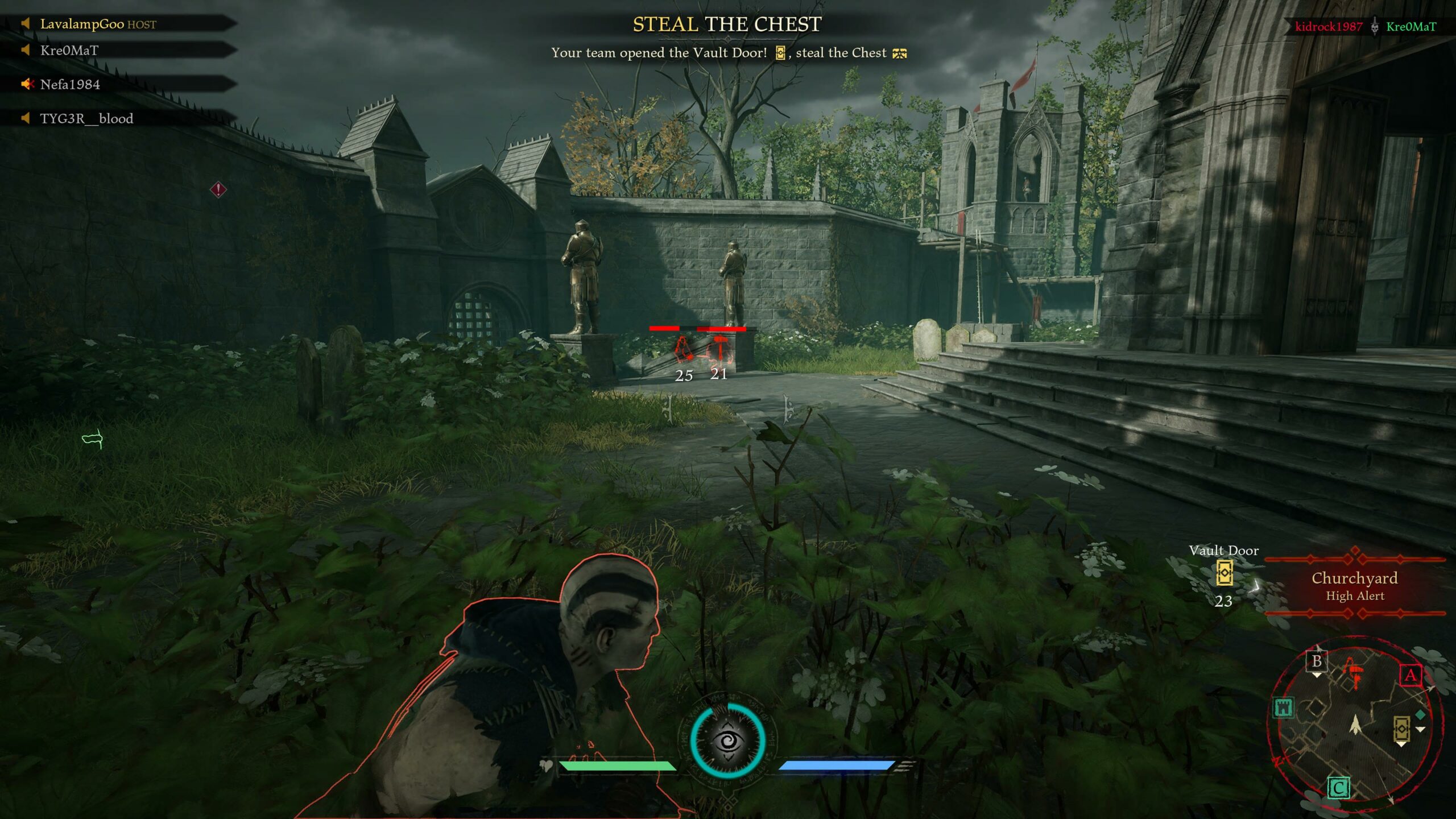 The early stages of each game of Hood often begin with your teammates running in every different direction, and you’ll often not see them again until the end. As a Mystic, you can’t really afford to do that. On top of your limited combat abilities that makes everything but patient stealth against the State Guards unviable for a solo player, all of your abilities are support-based. You are designed to help your team out, and if you’re not near enough to do that, you’re not playing the class right.

Like with deciding when and who to heal, you should support the players most engaged in the objective. Rangers and Mystics will have limited interaction close up, but you can team up with one to move through the level as they dispatch enemies from afar. Normally though, you’ll want to be with a Hunter or Brawler to help them out.

This also means you should hang back and wait for reinforcements if your team is ever on the back foot. Running first is the same as running in alone, and the opposing team will likely cut you down before you can assist anyone and anyone can save you.

But none the less you should use stealth to your advantage when possible. While enemies can easily see you in the tall grass, they might be distracted by the walking tank with the hammer that’s charging them or the knife plunging into their throat from behind.

The post Hood: Outlaws and Legends Guide – How to Support as Tooke the Mystic by Rosh Kelly appeared first on Wccftech.