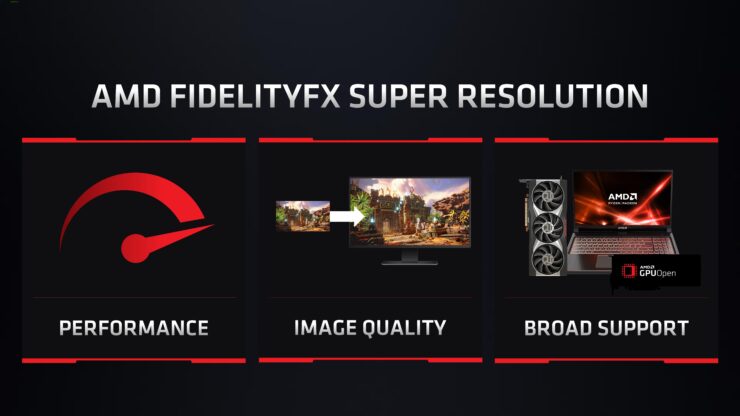 AMD has finally demoed its highly anticipated FSR ‘FidelityFX Super Resolution’ technology for Radeon RX 6000 RDNA 2 GPUs which competes against NVIDIA’s DLSS. The tech was demoed within Godfall which is a first-party AMD title optimized around their RDNA 2 architecture.

NVIDIA got the head start with its AI-based supersampling technology all the way back in 2018 when Turing based GeForce RTX 20 series was introduced. DLSS 1.0 had a pretty rough start & there weren’t plenty of games that used the feature and while users got to see some impressive performance gains, those also came at a loss of image quality which was often too blurry when compared to playing at native resolution with standard AA methods.

Enabling FidelityFX Super Resolution at “Ultra Quality” gives a practically identical visual experience with around 59% more performance in Godfall. Or get up to 2.5x the performance in select games when you choose the #FSR “Performance” preset in 4K. The choice is yours. pic.twitter.com/zjShErY9KK

That changed over time and DLSS 2.0 showed the true form of the feature with still impressive gains while retaining almost similar image quality as the native resolution. Even as of now, the feature has seen major updates in the form of DLSS 2.1 runs like a charm in Metro Exodus: Enhanced Edition.

The difference that DLSS makes put the NVIDIA GeForce RTX 30 series graphics cards a league ahead of AMD’s Radeon RX 6000 series. But AMD has now officially unveiled their response to NVIDIA’s DLSS and it looks very impressive. FSR is compatible with AMD Radeon GPUs starting Polaris and up to RDNA 2. The company is also supporting NVIDIA Pascal, Turing, and Ampere GPUs.

For the demo, AMD picked up Godfall for the live demonstration of FSR and had the title running at a 4K native resolution on the EPIC preset & raytracing enabled. Following are the performance results with FSR disabled & its several modes enabled: 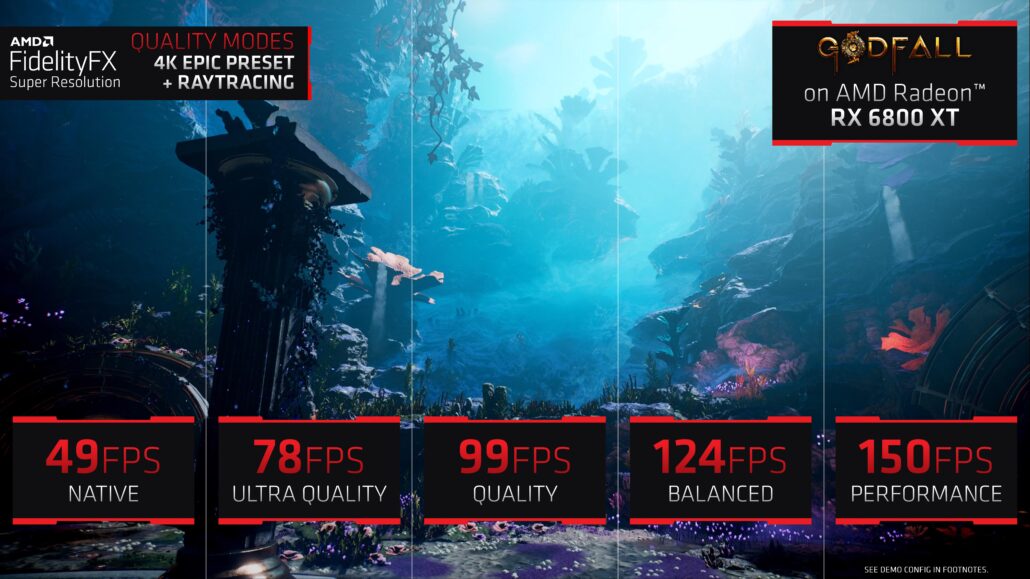 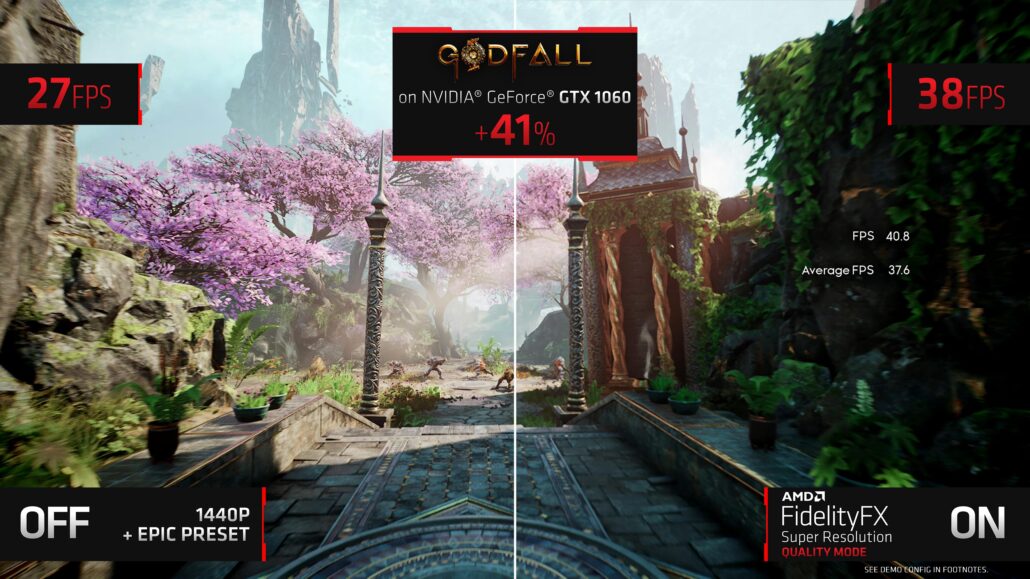 As you can see the performance increase between the four FSR models is quite dramatic. Ultra on a Radeon RX 6800 XT is up to 60% faster while performance mode is over 3 times faster which is insane. For now, we haven’t had access to use or see FSR in action so we’ll see how this shakes out in the final gameplay image. But what about those running GTX Cards you say? well, we do get a taste of that with the ever-popular GTX 1060 6GB in Godfall with the game running at 1440p and EPIC preset we see the card climb 41 percent in performance from 27FPS up to 38FPS and that’s nothing to sneeze at if you ask me.

In addition to this live demonstration, AMD confirmed that FSR will be supported by 10 studios across various engines while more information is expected to land on the 22nd of June when the tech officially launches.

The red team is working hard with developers for implementing the feature within games and engines. It is also stated that implementing AMD FSR within the same games would require less work when compared to NVIDIA’s DLSS solution since its implemented early in the pipeline & requires minimal developer interventions. The technology also makes use of an algorithmic super-sampling method that upscales the image with minimal overhead. The thing that makes FiedlityFX Super Resolution most interesting is that AMD might be opening its compatibility to NVIDIA GPUs too. So while DLSS is proprietary to NVIDIA’s Tensor Core accelerated hardware, AMD’s FidelityFX will work on both the NVIDIA GeForce and AMD Radeon GPUs.