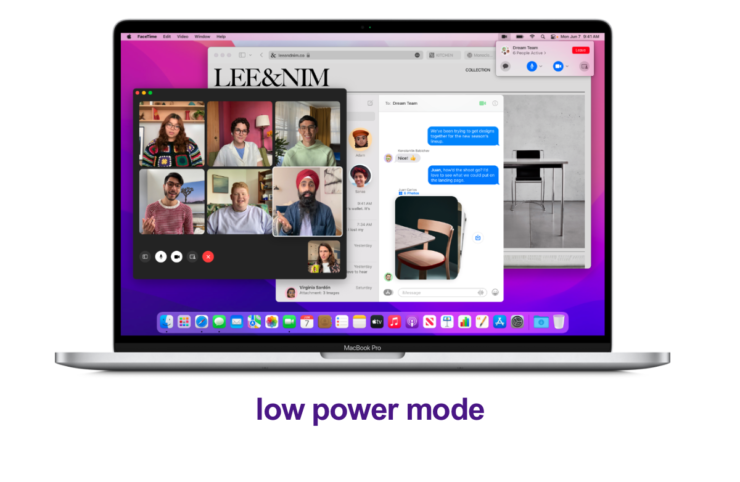 You probably asked for it and Apple has delivered. macOS Monterey is bringing Low Power Mode to the Mac. Here’s how it works.

macOS Monterey Brings a Ton of New Features to the Mac, Including Low Power Mode

iPhone users have the luxury to kick their device into Low Power Mode in order to save battery life and get through the day without hunting down a charger. The way the feature works is quite genius too – turn off activities like automatic background app refresh, less frequent cloud updates and more.

Apple is now bringing this to the Mac with macOS Monterey and here’s what they have to say about it: 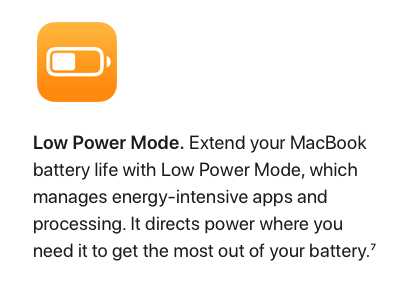 Low Power Mode. Extend your MacBook battery life with Low Power Mode, which manages energy-intensive apps and processing. It directs power where you need it to get the most out of your battery.

Which computers are supported, you ask?

It basically turns down the clock speed of the processor, and focuses power to what is currently being worked on.

This feature is limited to the devices mentioned above and does not work on devices like the Mac mini, iMac etc. Why? Because these devices remain plugged in and do not feature a built-in battery. Something which is not needed to be clarified, but still.

While you are here, check out the following

The post macOS Monterey is Bringing Low Power Mode to the Mac by Uzair Ghani appeared first on Wccftech.