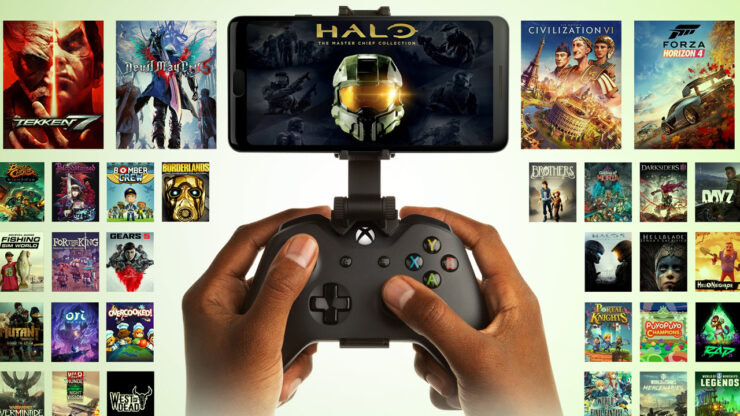 Xbox Game Pass Ultimate Cloud Gaming (previously known as xCloud) has been available for a while now, allowing players to stream hundreds of games to Android devices, as well as PC and iOS via a Chrome-based browser. It’s a pretty handy feature, although it does have some limitations, most notably the fact that up until now games played via the cloud have been running on dated Xbox One hardware. Microsoft has been promising to update their server blades to Xbox Series X tech for a while, but hasn’t provided a timeline on when that might happen. Well, apparently the time is… right now!

While no official announcement has been made, according to Ars Technica, certain Xbox Game Pass games already seem to be running on Xbox Series X hardware when played via the cloud. Most notably, Yakuza: Like a Dragon now features fast SSD loading and all the visual features included in the XSX version of the game. That said, it seems Microsoft hasn’t flipped on XSX servers across the boards yet, as games like NBA 2K21 and Ori and the Will of the Wisps still seem to be running on old hardware.

So, what exactly is going on here? While it seems they’re not quite ready to make a big announcement yet, in a statement to Kotaku, Microsoft says they’ll provide a statement about updates to their cloud gaming datacenters soon…

Xbox Game Pass Ultimate, which includes cloud gaming as well as EA Play and Xbox Live Gold subscriptions, will set you back $15 a month and new subscribers can get their first month for only $1. What do you think? Will Xbox Series X cloud gaming get you to sign up?