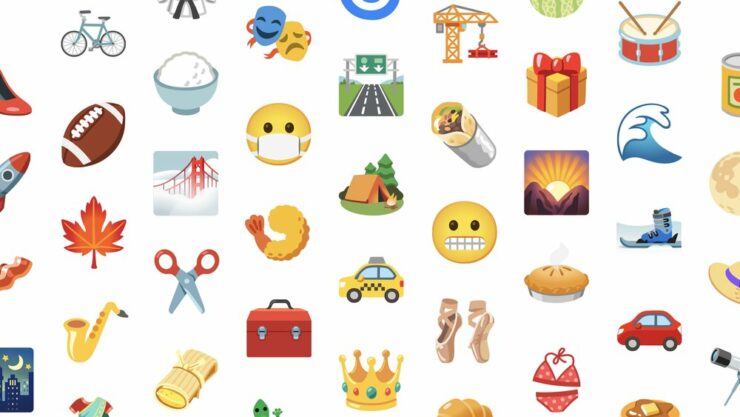 World Emoji Day will commence in a few hours, but sadly, we will not be getting new emojis until Google releases the final version of Android 12 in the Fall later this year. However, the company decided to celebrate the day by updating around 1,000 emojis with new looks on the upcoming update.

The new design is not a drastic departure from what we are used to, but Google is bringing cleaner looks, and most of the changes are intended to make the emojis more accessible and universal. Google has also talked about how the pie emoji is the prime example of this. The company says that “it previously looked like a particular American pumpkin pie (a family favorite!). Now it’s something everyone recognizes.”

You can look at the pie emoji below.

Additionally, Google has also highlighted how some of the changes make the emojis a bit more intentional. For starters, the bikini emoji does not look like an invisible body, and the face mask emoji now has the eyes open. This is a fitting change for many people, especially for people who are not vaccinated and finally getting out of the lockdown.

You can look at the mask emoji below.

Google has also made sure that they have made the food emojis more appetizing.

And there will be some emojis that will have subtle changes based on day or night mode on your phone.

Overall, I think Google has done a fine job with the new emojis. If you are willing to read more about the changes making their way to the new Android 12, you can head over to the official blog post and check out all the details.

The post Android 12 is Getting Around 1,000 New Emojis by Furqan Shahid appeared first on Wccftech.