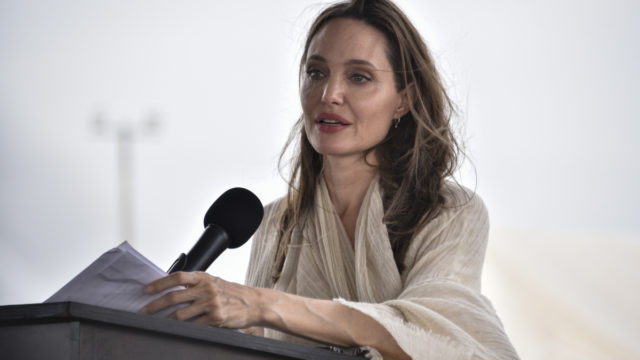 Hollywood luminary Angelina Jolie has joined Instagram to raise awareness for Afghan women, setting a record for the fastest account to reach one million Instagram followers.

The Tomb Raider star, who has been a United Nations special envoy for the commission on refugees since April 2012, used her new platform to send an urgent message to her now almost nine million Instagram followers on behalf of Afghan women.

“Right now, the people of Afghanistan are losing their ability to communicate on social media and to express themselves freely,” Jolie wrote in the post.

“So I’ve come on Instagram to share their stories and the voices of those across the globe who are fighting for their basic human rights.”

Jolie’s first post on the social media platform was a handwritten letter she said she received from a young Afghan girl fearful the Taliban will repeat their human rights abuses against women.

“We all had rights, we was able to defend our rights freely, but when [the Taliban] came we are all afraid of them, and we think all our dreams are gone,” the girl wrote.

The letter ends, “the life of all of us is dark, we all lost our freedom, and we are imprisoned again”.

The post ends with a plea to help Afghans “displaced yet again out of the fear and uncertainty that has gripped their country”.

The record was previously held by Aniston when she posted a single picture with the rest of the cast of Friends in October 2019. That broke – by just half an hour – Prince Harry and Meghan Markle’s record of one million followers in five hours and 45 minutes on their now defunct SussexRoyal account.