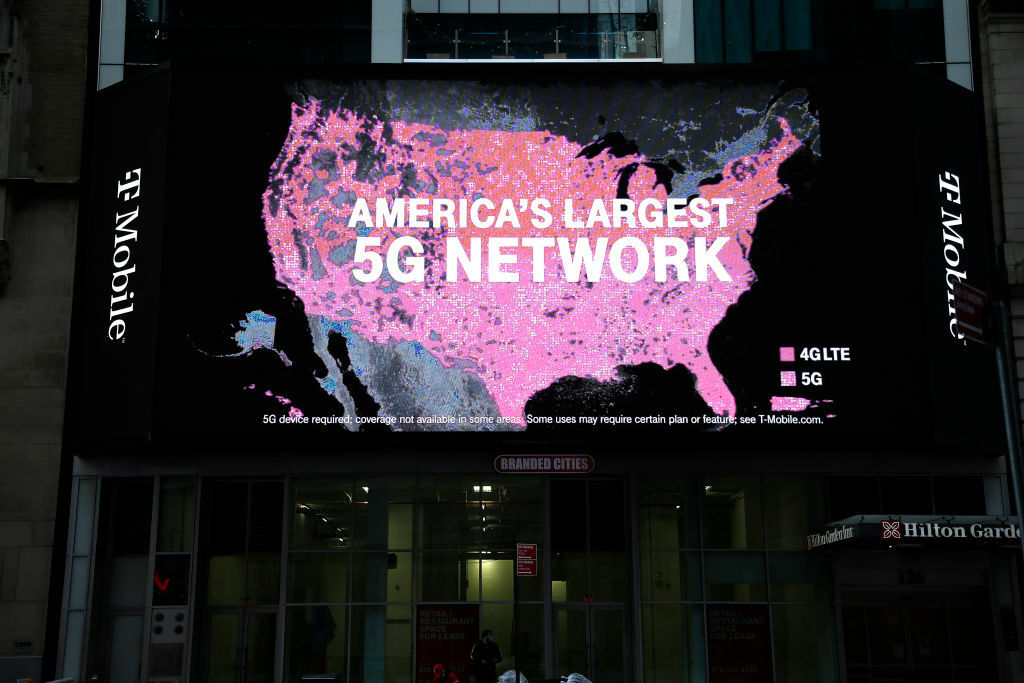 These are confounding times to be a T-Mobile customer. On one hand, your data might be severely compromised. On the other, you’re enjoying better 5G coverage than everyone else.

In their latest Fastest Mobile Networks study, our friends at PCMag found that the self-proclaimed “un-carrier” is delivering more consistently available and generally fast 5G networks across the U.S. than Verizon and AT&T. The annual study, performed by drivers who test network speeds in dozens of cities and rural areas around the country, declared T-Mobile the victor for the first time since the study’s inception more than a decade ago.

By the numbers, T-Mobile netted network speed wins in 24 cities and rural areas, compared to just eight from AT&T and two from Verizon. This is largely because of T-Mobile’s absorption of Sprint in a merger last year, which the carrier maintained throughout the merger process would result in a better 5G network because it would really be two networks in one. That’s one bit of corporate bluster that turned out to actually be true: T-Mobile’s 5G network churned out download speeds between 150 and 500 Mbps in many areas, which is faster than 4G LTE and apparently even faster than Verizon and AT&T 5G in most cases.

That said, Verizon technically has the highest speed capability, topping out above 2Gbps in certain places. PCMag’s testing found that speeds like that were not nearly widespread enough, however. One area where AT&T can claim some 5G superiority is in rural regions. According to PCMag’s testing, four of the six rural areas it tested had better 5G results from AT&T than from T-Mobile.

If nothing else, it appears that T-Mobile’s plan to simply buy one of its three major competitors worked out when it comes to delivering the best 5G experience to its customers. Maybe it should buy a company that’s good at data security next.