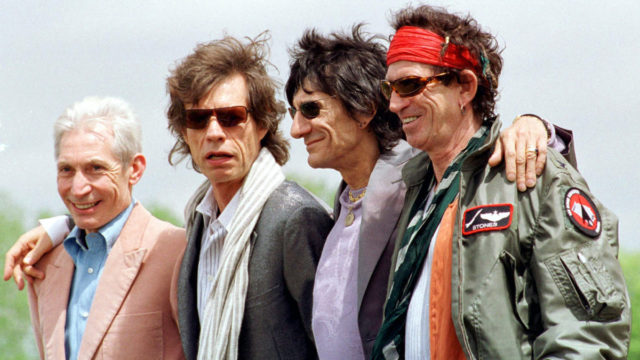 Even before the sad announcement that Charlie Watts had died, plans were in place to replace the legendary drummer after he revealed earlier this month that he needed emergency surgery.

Forever the low-key, elegantly dressed Rolling Stone, the 80-year old told his fans he knew his “timing was a little off” as they had just announced their rescheduled No Filters US Tour would start in September with 13 concerts.

Doctors told Watts he needed surgery after a routine check-up before going on tour, and would need weeks of “rest and recuperation”.

The last to make up the quartet in 1963, Watts was heartbroken not to tour with bandmates Mick Jagger, 78, Keith Richards, 77, and Ronnie Wood, 74, but graciously handed his “great friend” and set drummer Steve Jordan his sticks so the show could go on.

“After all the disappointment with delays to the tour caused by COVID, I really don’t want the many Stones fans in the States who have been holding tickets to have another postponement or cancellation.

“I have therefore asked my great friend Steve Jordan to stand in for me.”

By all accounts, the Grammy-winning producer Jordan was a natural fit, and had been a member of the X-Pensive Winos – a side project of Richards – since the 1980s.

Described as a “musical virtuoso”, his longest-running association has been with the Rolling Stones.

Most recently, he played a COVID-safe session with the group in New York early last year.

Rolling Stone magazine said Jordan was no surprise to fill Watts’ seat on the drum riser, with his “rich history” dating back decades with dozens of music legends.

“Sharp-eyed TV watchers may recall Jordan as the drummer in the house bands of Saturday Night Live (1977-78) and Late Night with David Letterman (1982-86). Before that, Jordan also played in Stevie Wonder’s band Wonderlove and contributed to a slew of R&B, jazz and fusion albums,” RS wrote on August 5.

Jordan said it would be an “honour and a privilege to be Charlie’s understudy”.

“No one will be happier than me to give up my seat on the drum riser as soon as Charlie tells me he is good to go,” Jordan said.

‘We’re in the never-never land’

In an interview isolating in the European countryside late last year, Jagger contemplated the future of the band post-pandemic, once they were allowed to tour again.

“I’m writing some new songs and getting along with some documentary projects for different things. A few movie things I can get on with. You know, you try to keep yourself busy, because there’s quite a lot of downtime,” he said.

Downtime lasted until early July, when he flew into London to meet Watts and Wood (with Richards working remotely from his US base in rural Connecticut) to fine tune their latest album.

On July 22, they announced their No Filters Tour of the US was officially “back on the road” with concert dates stretching from September 26 in St Louis to November 20 in Austin, Texas.

They reportedly plan on squeezing in a performance for a few hundred guests hosted by Patriots owner Robert Kraft and his family at Gillette Stadium on the eve of the tour.

On August 22, three days before Watts died, they announced the release of a remastered Tattoo You 2021.

Without Watts, die-hard Stones fans can only imagine it will be a very different rhythm rocking out US stadia, but Jordan will not let the side down.

As RS mused, Jordan’s back catalogue of experience working with the Rolling Stones when making the 1986 Dirty Work album will come in handy.

“[It was] a period when Watts was struggling with drug and alcohol problems … Jordan came to hang out in the studio, and then played on the album, filling in for Charlie, who was having a wobble of his own, carried away for a time on various stupefiants, as the French have it,” Richards was quoted as saying in his 2010 memoir Life.

Watts’ final stage show with the band was on August 30, 2019 at the Hard Rock Stadium in Miami Gardens, Florida.

He also took part in a remote performance in April 2020 for the One World: Together at Home concert, where Watts “air-played” with his sticks to a few classic hits.

Social media continues to speculate about how long the greatest rock and roll band of the modern era will continue amid changing line-ups and health concerns of the remaining band members, but there is continued speculation they will smash it out in 2022.

Jagger underwent heart valve surgery in 2019 but was back on stage three months later.

Richards told the Sun he’s given up booze and cigarettes, and is walking every day, trying to keep fit and healthy.

Wood battled lung cancer during the pandemic and credits Alcoholics Anonymous with his ongoing recovery.

According to the Stones’ fans website, the band’s promoters AEG have contacted its European counterparts for possible festival appearances next year at $5 million a gig, with rumours they’re interested in Garorock Festival in France in June.

On August 24, Watts “passed away peacefully in a London hospital earlier today surrounded by his family”, his publicist Bernard Doherty said.

“Charlie was a cherished husband, father and grandfather and also as a member of The Rolling Stones one of the greatest drummers of his generation”.

He is survived by his wife Shirley, sister Linda, daughter Seraphina and granddaughter Charlotte.

The post As the music world mourns legendary drummer Charlie Watts, what’s next for the Rolling Stones? appeared first on The New Daily.