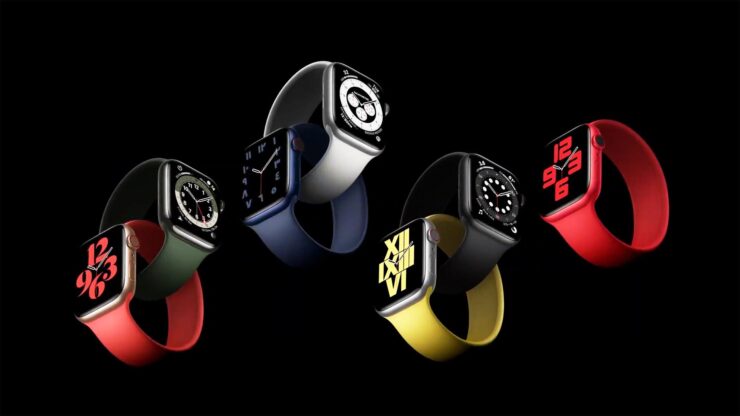 Global smartwatch shipments saw a massive 47 percent growth during the Q2 2021 period, with the Apple Watch leading the pack. According to fresh details, the Apple Watch Series 6, which is the company’s flagship wearable was the most popular out of all the offerings.

Apple Has a 52 Percent Market Share in the Smartwatch Category

In total, smartwatch shipments reached 18 million units during the aforementioned quarter, and just like on previous occasions, Apple commanded the highest market share with 52 percent. The company’s biggest rival in the same category, Samsung, was hardly giving any competition, with a market share of 11 percent. According to Executive Director at Strategy Analytics, Neil Mawston, Apple shipped 9.5 million units in Q2 2021, marking a 46 percent gain compared to the previous quarter.

He also states that the Apple Watch Series 6 is the world’s most popular smartwatch and highlights the following reasons for this.

“Apple still owns half the market and is keeping rivals at bay. Apple Watch Series 6 today is by far the world’s most popular smartwatch model, due to its blend of sleek design, good usability on a small screen, and a growing portfolio of health and fitness apps.”

While Samsung is nowhere close to Apple in the smartwatch market, Mawston believes that the rest of the year and the Q4 holiday season looks promising, suggesting that the Korean giant’s wearables will see some momentum gains. However, do not expect their numbers to overshadow Apple’s smartwatch figures, as it should take more than a while to get on the same footing as the Cupertino tech giant.

To solidify its command in the smartwatch market, the Apple Watch Series 7 is expected to launch later this year. Clones of the upcoming flagship wearable have already been spotted, showing that the device will tout squared-off edges, with separate reports claiming it will arrive in different watchface sizes, no new sensors, and a bigger battery capacity.

The post Apple Watch Series 6 Is the Most Popular Smartwatch in the World, According to Analyst by Omar Sohail appeared first on Wccftech.