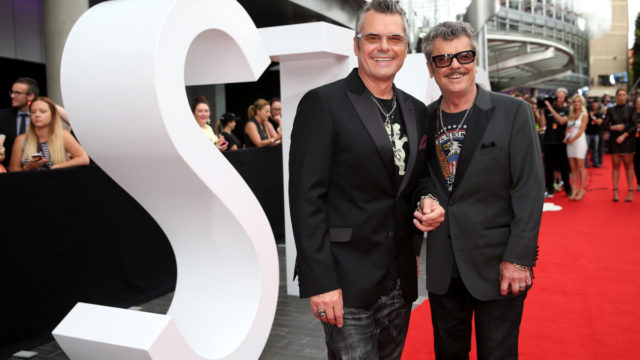 The lead guitarist of INXS suffered a career-ending finger severance on a boat because he wasn’t taking reasonable care around the anchoring equipment, a Sydney court has been told.

Tim Farriss, 64, is seeking medical, economic and other damages in his negligence claim against a boat company after his left ring finger was hacked off on Pittwater Bay on the Australia Day weekend in 2015.

From a home office adorned with INXS memorabilia, the Perth-born musician is due to tell the NSW Supreme Court on Monday the incident ended his career and his ability to compose music.

“It is useless,” barrister Adrian Williams said of his client’s reattached finger.

“He is unsurprisingly depressed.”

Farriss argues that on January 24 in 2015 he and his wife, Beth, sailed into Akuna Bay but struggled to set anchor because the chain was “prone to ‘kinking’”.

They telephoned a Church Point Charter employee for assistance after the anchor motor stopped operating and then reset the circuit breaker.

The motor restarted but it didn’t halt the kinking of the chain.

In his claim, Farriss said he attempted to realign the chain, only for it to start spinning out of control.

He suffered a severed left ring finger and serious injuries to his index and middle finger. There was a minor injury to his little finger.

But the boat company, and its owners John and Jill Axford, dispute the claim the anchor chain and its motor were damaged.

Their lawyer said Justice Richard Cavanagh would have to decide whether the musician was in the vicinity of two foot pedals near the anchor motor that mechanically moved the anchor up and down.

“Our case is there was no damage – at some point, Mr Farriss must have loosened the clutch and he stepped on the up button, or perhaps the down button,” John Turnbull SC told the court on Monday.

Farriss told the ambulance officers as much when being treated, Mr Turnbull said.

If you place your fingers near the winch, they could get hurt.

“But a reasonable person had other options available to them,” Mr Turnbull said.

There is no dispute over the extent of Farriss’ medical expenses but the Axfords dispute claims about the extent to which INXS could have toured after 2015.

The hearing is expected to run until Friday.