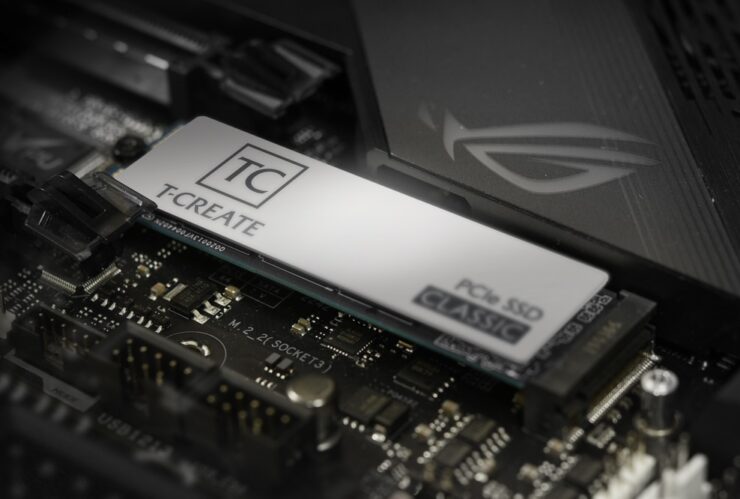 TeamGroup is the creator of some of the most high-quality memory products for the PC industry. They have come a long way since their inception in 1997 and went on to become one of the fastest-growing product manufacturers and a leading brand around the globe.

Since the arrival of DDR4 memory in the mainstream market, TeamGroup started a separate line of DIMM kits under their new T-Force & T-Create brands. The T-Force brand is the more enthusiast and gamer aimed memory series with a sheer focus on quality and performance while the T-Create brand focuses on optimizing products for the content creation segment 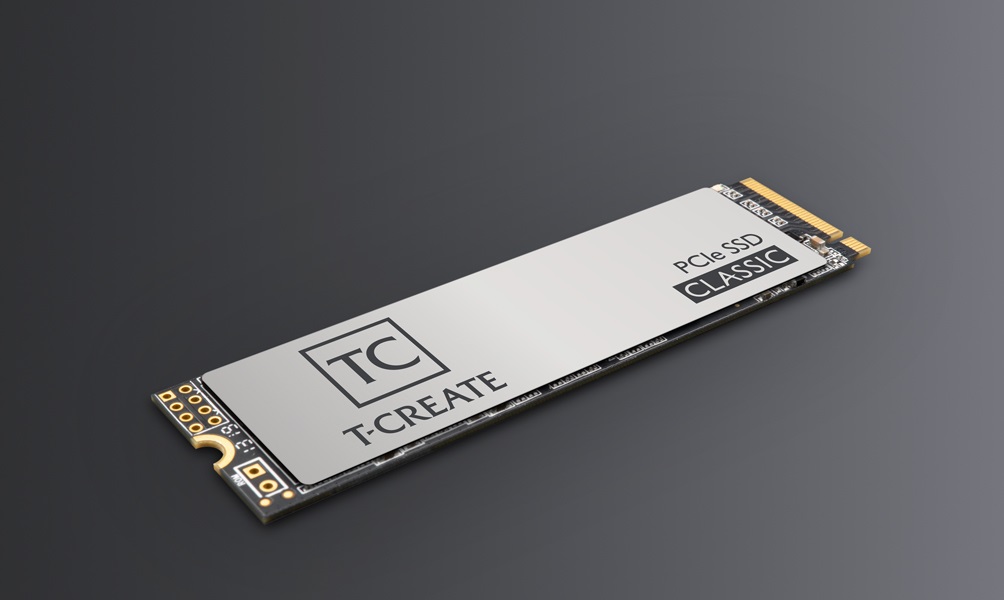 Today, I will be testing the T-Create Classic 2 TB SSDs from TeamGroup which comes at a cost of just $285.99 US.rspectively, which is on the high side when it comes to PCIe Gen 3 SSDs.

Teamgroup’s T-Create Classic SSDs part of the latest T-Create family and hence, they come with a new design language and specifications that are particularly optimized for professionals & content creators.

The SSDs are based on the NVMe SSD form factor and features a 96-layer TLC-based 3D NAND flash which offers larger capacities, better performance, and slightly lower power input when compared to Teamgroup’s previous offerings. TeamGroup is using the Realtek RTS5763DL SSD controller to power its T-Create Classis Gen 3 SSDs and was launched back in 2018.

Furthermore, the SSD is priced slightly above the premium offerings with a cost of $285.99 US for the 2 TB variant. In terms of performance, the T-Create Classic 2 TB has sequential read speeds of 2100 MB/s and write speeds of 1700 MB/s. The Random read speeds of the drive are up to 220K IOPS and the write is 200K IOPS. The SSDs are powered through the NVMe slot with a 3.3V DC supply.

The endurance of the SSD is rated at 1,500,000 hours which should last a good amount of time. You are also looking at a 5-year limited warranty through the entire lineup.

Our test platform for this review consisted of an Intel Core i9-11900K  processor which ran at stock clocks on the MSI Z590 ACE motherboard. The platform was coupled with 32 GB of DDR4 memory from G.Skill (Trident Z RGB / 8 GB x 4) and the ASUS ROG Thor 1200W PSU. For graphics, I used the MSI GeForce RTX 3090 SUPRIM X. This rounds up as a high-end platform for tests with modern-day SSDs.

First up, we have the official performance stats for these drives as listed by their manufacturers. You can compare these stats with the rest of the drives I tested in the following chart:

AS SSD Benchmark download is a Windows 10 utility software program that tests the performance of solid-state drives. With its help, you can find out the speed of all installed SSDs and take care of any issues that the tests may reveal. The free app performs three separate tests to provide you with conclusive evidence on your driver’s general behavior while it copies, reads, and writes data.  The app determines the access time of an SSD, along with its speed and performance capabilities

To test the maximum average transfer speeds of the drives, I used a 100 GB file to test the limits.

The PCMark 10 Storage benchmark is designed to test the performance of SSDs, HDDs, and hybrid drives with traces recorded from Adobe Creative Suite, Microsoft Office, and a selection of popular games. You can test the system drive or any other recognized storage device, including local external drives. Unlike synthetic storage tests, the PCMark 10 Storage benchmark highlights real-world performance differences between storage devices.

Conclusion – Too Pricey & Too Slow To Recommend To Creators

I have tested a few T-Create series products from TeamGroup before and saw that their pricing was really good compared to other competitor solutions. In fact, the T-Create DDR4 has the cheapest 64 GB memory kit of all brands at the moment at its given speeds. TeamGroup seems to have taken U Turn with its pricing strategy on the T-Create SSDs.

For the performance they offer, which is modest to unimpressive at best, the T-Create Classic 2 TB SSD failed to impress me. Honestly, the 2 TB capacity is a compelling choice for most creators but at a price of $285.99 US, there are certainly other SSD options that users can go for which come at a far cheaper price. TeamGroup should recheck the pricing of its T-Create Gen 3 SSDs as they don’t fit the market space correctly. We can hope that their Gen 4 T-Create SSDs prove to be better in the performance/value regard.

As of now, we can’t recommend the TeamGroup T-Create Classic 2 TB Gen 3 SSD to anyone at its current pricing. If it could come around the $250 US range, then it might have a chance to be a real contender in the 2 TB NVMe segment.