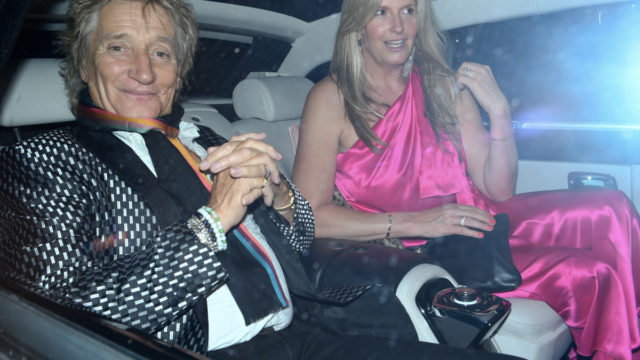 A Florida judge has cancelled the trial for rock icon Rod Stewart and his adult son Sean and scheduled a hearing next month to discuss a plea deal to resolve charges stemming from a New Year’s Eve altercation with a hotel security guard nearly two years ago.

Court records show the hearing with Judge August Bonavita is set for October 22 regarding a plea agreement to close the case without them needing to appear in court.

The trial had been scheduled to begin on Tuesday (local time) but was cancelled on Thursday.

If convicted, the Stewarts faced a year in jail, or probation and a $US1000 ($A1359) fine. The terms of the agreement are not yet clear, and lawyer Guy Fronstin did not respond to an email and phone call seeking comment.

The Stewarts’ battery charges have taken so long to resolve because of the pandemic and settlement negotiations.

The London-born singer of 1970s hits such as Da Ya Think I’m Sexy? and Maggie May is a member of the Rock and Roll Hall of Fame and was knighted by the Queen in 2016.

Stewart and his son are accused of pushing and shoving security guard Jessie Dixon at the upscale The Breakers Hotel on December 31, 2019, because he wouldn’t let them into a New Year’s Eve party.

Mr Dixon told Palm Beach police officers the Stewarts’ group was at the check-in table for a private party they weren’t authorised to attend, a police report said.

Mr Dixon said the group became loud and began causing a scene. Mr Dixon, then 33, told investigators he put his hand on Sean Stewart’s chest and told him to back up and make space.

That’s when Sean got “nose to nose” with Mr Dixon.

Sean Stewart told investigators he became agitated when they were not able to attend the event “due to Dixon’s interaction with him and his family”.

The arresting officer said he viewed security footage at the hotel and determined that the Stewarts were the “primary aggressors.”