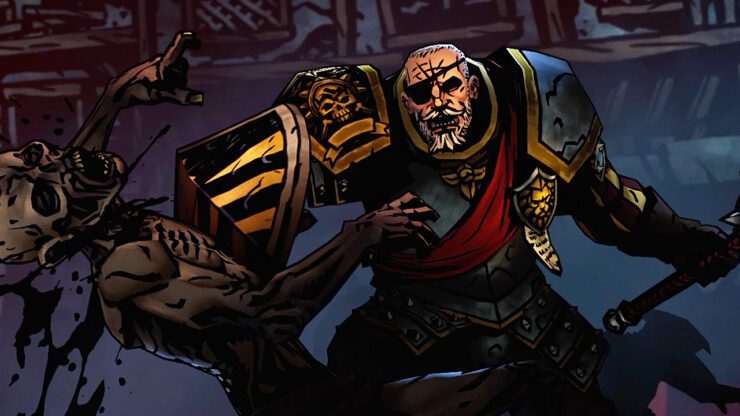 Get ready for a whole new round of suffering, because Darkest Dungeon II has locked down an October early access release date. Canadian developer Red Hook Studios has yet to reveal what exactly the early access version of Darkest Dungeon II will include, or how much it will cost, but it will only be available via the Epic Games Store as the game is exclusive to that storefront.

Thus far, we’ve seen very little of Darkest Dungeon II, but we do know that, despite its title, the game isn’t really the same procedurally-generated dungeon hack this time around. Instead, PC Gamer has described it as an “Oregon Trail road trip from hell.” The game will also be making the jump from 2D to 3D visuals. You can check out a quick official description of the game, below.

Lash your gear to the stagecoach, fix your eyes on the horizon, and prepare to roll into Early Access in 2021! Darkest Dungeon II is about hope, grit and determination.  It reminds us that in times of crisis, we can’t wait for salvation, we have to find it ourselves – earn it, in spite of our weaknesses.

Our familiar companions band together for yet another journey into oblivion – this time in stylized 3d!  In fact, this teaser was captured straight out of Unity, and uses the in-game character models and rendering techniques from the game itself.  With a refined combat system and a whole new metagame, the new Darkest Dungeon is packed with fresh monsters, bosses, and challenges.

Darkest Dungeons II launches in early access on the Epic Games Store on October 26. What do you think? Are you eager to begin the punishment early?