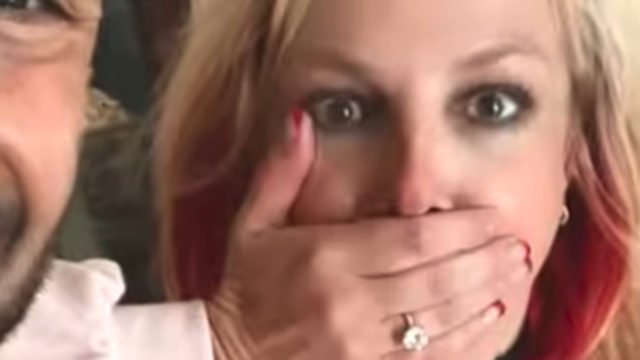 Britney Spears left fans panicked about her welfare on Wednesday morning when she disappeared from social media platform Instagram.

The pop superstar has used the account to communicate with her millions of global supporters and it has played a significant role in the #freebritney movement.

The 39-year-old has credited the platform as a place she could share elements of herself and said it had been instrumental in her battle to end her conservatorship.

So, when fans realised Spears had vanished from their Instagram feeds, panic quickly ensued.

The Spears Room, a fan account describing itself as a “daily source for ALL things regarding undisputed Princess of Pop, Britney Spears”, drew attention to the disappearance.

It claimed her account had been “randomly deleted” and suggested it could be a “red flag”.

“Her insta has been a way to let fans know she’s okay so this could be a red flag. Her last post was thanking the #FreeBritney movement”, The Spears Room wrote.

It asked followers to reply with #WhereisBritney, garnering hundreds of retweets, and the hashtag enjoyed a short-lived trend online.

But just a couple of hours later, Spears poured cold water on fired up debates about her whereabouts and wellbeing.

Britney announced her engagement to long-time boyfriend Sam Asghari on Monday, following some good news in her protracted court case.

The actor and fitness instructor, who met the Toxic singer on set of a music video, has reassured fans that he will sign a pre-nuptial agreement before their wedding.

She is also expected to be released from her conservatorship, after her father Jamie Spears filed court documents asking for the legal arrangement to be absolved.

At a court hearing in June, Spears alleged her conservators were preventing her from marrying Asghari and starting a family together.

Mr Spears has since petitioned a Los Angeles court to consider terminating the 13 year conservatorship.

He said his daughter’s circumstances had changed “to such an extent that grounds for establishment of a conservatorship may no longer exist”.

News has quoted an – always reliable –  ‘anonymous source’ who confirmed it was the pop-star’s choice to take a break.

“She’s happy and in a great place,” the source told Page Six.

If an account is deactivated, it can later be restored.

Britney’s promise to return “soon” indicates her account has likely been deactivated, not deleted, alleviating the frenzy of concern from fans.