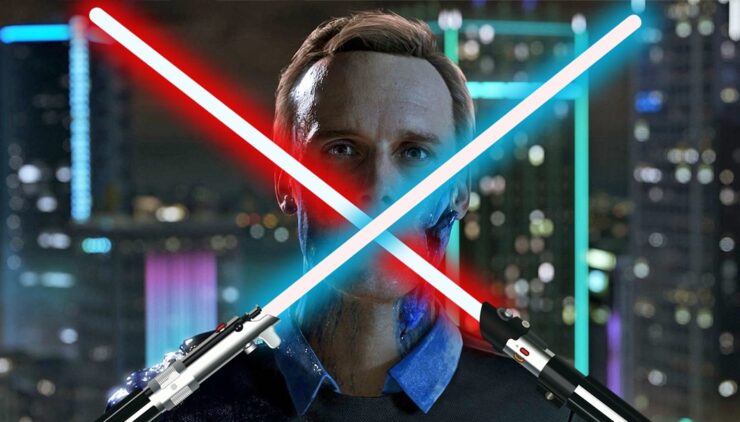 A bit of an odd hint was dropped today by Dualshockers writer and known trusted source Tom Henderson. The hint comes in the form of an image that suggests that Quantic Dream is working on a Star Wars game. There isn’t any confirmation regarding this outside of the teaser made by Tom Henderson. You can look at the image he dropped below:

How do we know that this is the case? Well, some Twitter users have begun to ask about whether or not this was an upcoming Star Wars game made by Quantic Dream. Every person that asked about this had their post liked by Tom, thus “Confirming” that this is the context behind the screenshot hint.

Quantic Dream is a company that has produced narrative stories since 1997. Their main focus has been cinematic experiences in which player’s decisions change the flow of the story. Their biggest hits include games like Heavy Rain and Detroit: Become Human. Those games used to be PlayStation exclusive until they transitioned to PC not too long ago, alongside other titles in Quantic Dream’s catalog like Beyond: Two Souls.

Recently, a job posting was made by Quantic Dream that confirmed that they are developing their next AAA game. According to the listing, the game in production is actually an action-adventure title. However, the listing doesn’t say whether or not it’ll be an experience akin to Detroit: Become Human (which is categorized as action-adventure) or something we haven’t seen before. Quantic Dream has previously said that they haven’t ruled out open-world games, after all.

Additionally, we previously have talked about how Quantic Dream plans to focus on self-publishing after the successful release of Detroit: Become Human. This was made with the newly implemented aim of helping smaller developers through publishing while also working as a self-publisher.

There’s one more title but it’s speculative (much like this one). We have been seeing rumors of a Jedi: Fallen Order sequel for a while now. This isn’t strange as Jedi: Fallen Order held the title of the second most sold game for over 12 months. Thus, the fact that even Electronic Arts has confirmed the presence of a sequel during an Earnings call isn’t an odd move. However, no official announcement has been made as of yet.

The post Quantic Dream May be Making a New Star Wars Game by Ule Lopez appeared first on Wccftech.