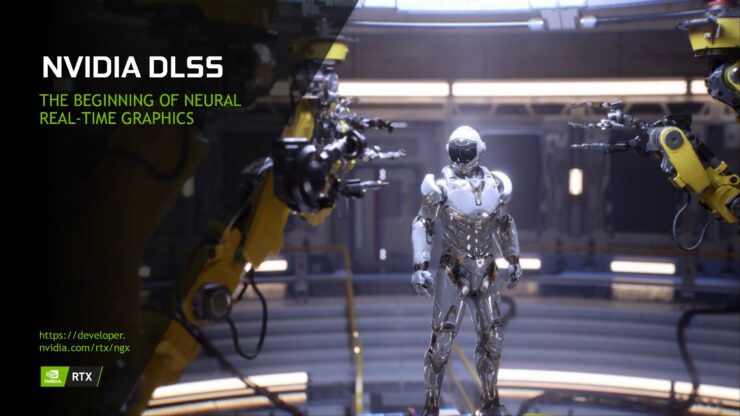 Powered by dedicated AI processors on NVIDIA RTX GPUs called Tensor Cores, NVIDIA DLSS technology has already been adopted and implemented in over 100 games and applications. These include gaming franchises such as Cyberpunk, Call of Duty, DOOM, Fortnite, LEGO, Minecraft, Rainbow Six, and Red Dead Redemption, with support coming soon for Battlefield 2042.

What is interesting about the process is they are allowing developers to train and test using NVIDIA’s supercomputer. Through this utilization, they are hoping to continue to improve visual quality on more games and applications.

One of the key advantages of a deep learning approach to super sampling is that the AI model can continuously improve through ongoing training on NVIDIA’s supercomputer.

We are inviting the developer community to test the latest experimental DLSS models straight off the supercomputer, and provide us with your feedback. Your early input is important to helping us push the state of the art in AI graphics technology.

There are currently two new experimental DLSS Models for download here and here. The findings that NVIDIA receives may or may not be on the final DLSS releases to the public. NVIDIA states that the two downloads “are not fully validated and may contain regressions.”

The first test will show the developer “improved object detail in motion,” as well as “particle visibility.” NVIDIA strived to improve “handling of moderate native instability,” while also minimizing ghosting on displays. The second offers an alternative improvement when it comes to ghosting in applications and games.

They are asking developer to send feedback to their “NVIDIA Developer Relations representative, email [email protected] or post at forums.developer.nvidia.com.”