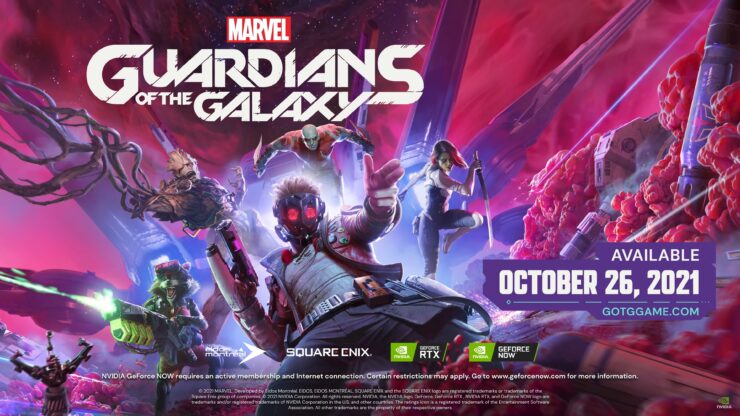 With less than a month ahead of the official release of Marvel’s Guardians of the Galaxy, publisher Square Enix shared a new PC tech trailer today, providing a glimpse into some of the enhancements included in this version of the game.

The list features support for up to 8K resolution, NVIDIA DLSS support, ray-traced reflections, diffuse illumination, and support for High Dynamic Range (HDR) displays with wide color gamut (WCG). Unfortunately, we didn’t get the official system requirements yet for Marvel’s Guardians of the Galaxy, but we’ll definitely report back as soon as those are made official.

In case you don’t have a capable enough PC but your connection is pretty good, you may take advantage of NVIDIA’s GeForce NOW cloud streaming service. This version will also support RTX and DLSS features, provided you have an active Priority Membership account.

We recently went hands-on with the game and came away fairly confident about the final game’s potential.

Overall, we had lots of fun playing Marvel’s Guardians of the Galaxy, even with the spotty connection hampering the combat experience a bit. By focusing squarely on single player, Eidos Montréal may well have avoided the pitfalls of their sister studio Crystal Dynamics with Marvel’s Avengers, which turned out to be lacking in both single player and multiplayer departments. We’re also eager to explore the rest of the game, as the B-Roll footage provided by Square Enix even featured a brief space combat section, something the developers hadn’t previously mentioned at all.