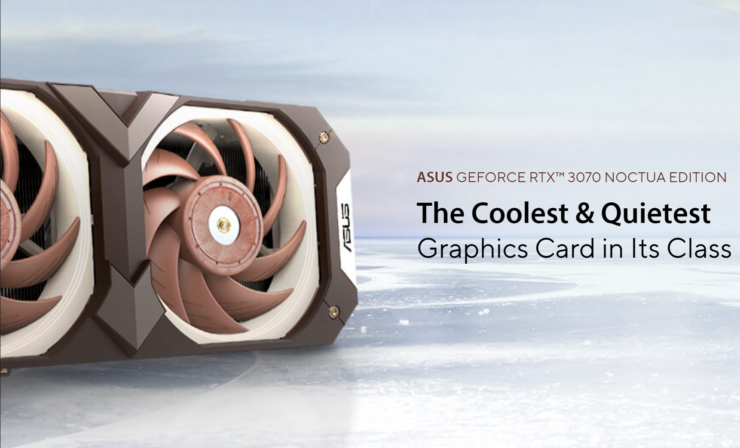 ASUS, manufacturer of GPUs and motherboards, teams with Noctua, manufacturer of cooling solutions for PCs, to release a new, ultra-quiet, and efficiently cooled graphics card, the ASUS GeForce RTX 3070 Noctua OC Edition with eight gigabytes of onboard GDDR6 memory.

The ASUS & Noctua branded graphics card is the first to feature Noctua’s cooling solution on a gaming GPU. It comes with a massive 4-slot heatsink that features two Noctua fans (NF-A12x25) embedded into the shroud. You can see a multi-layer color tone on the shroud & fans that have a different shade of brown to them. The sides of the shroud have the ‘GeForce RTX’ along with ‘ASUS X Noctua’ labels. 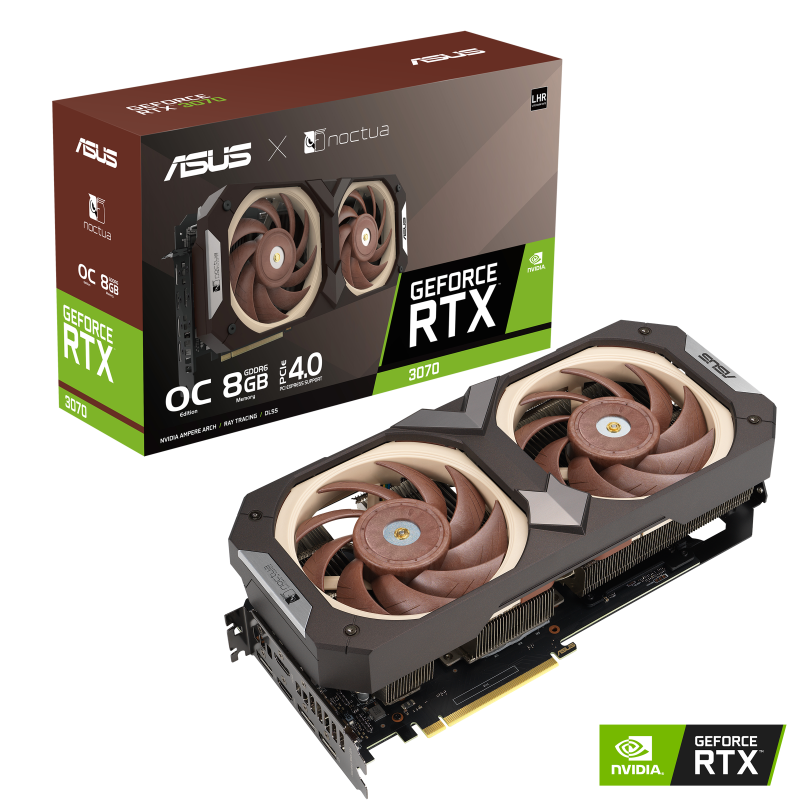 The ASUS GeForce RTX 3070 Noctua Edition graphics card does feature a backplate and comes with a massive finned heatsink that features several heat pipes. There are five display outputs which include two HDMI & three DP ports. The card is powered by dual 8-pin connectors.

Noctua also provided some cooling performance numbers of the card, measured side by side with standard fans and Noctua’s own cooling technology. The results can be seen below:

GPU Tweak II utility by ASUS takes graphics card tuning to the next level. It allows you to tweak critical parameters including GPU core clocks, memory frequency, and voltage settings, with the option to monitor everything in real-time through a customizable on-screen display. Advanced fan control is also included along with many more features to help you get the most out of your graphics card.