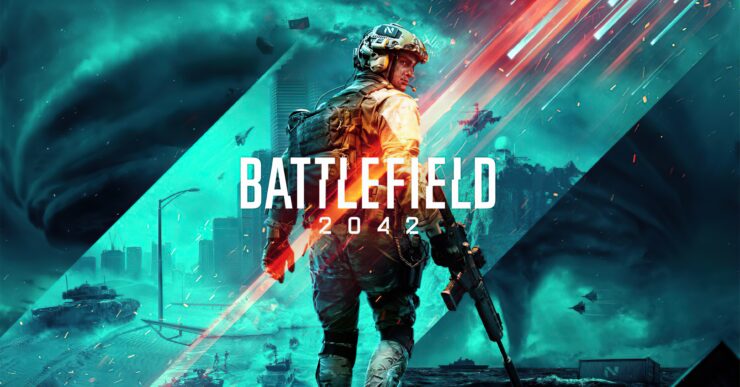 The Battlefield 2042 beta is now live on all platforms for early access customers (everyone who pre-ordered the game), but earlier this week, we had the chance to participate in a roundtable press Q&A with a few key members of the development team at DICE: Lead Game Designer Florian Le Bihan, Level Designer Kalle Nyström, and Associate Producer Marie Bustgaard Granlund. We’ve fully transcribed the chat below.

As a reminder, the Battlefield 2042 beta will open up for everyone on October 8th at 12 AM Pacific Time. The full game is now set to launch on November 19th after the recent delay from its original October 22nd release date.

What is the purpose of AI bots?

Marie Bustgaard Granlund: We’re using AI to backfill servers. They might show up more for lower populated regions or at times when not many players are online.

How often can players expect to encounter the tornado event?

Kalle Nyström: There’s a good chance of it not happening. I think the percentage in the beta is around 10%, I think the chance of bad weather is higher, but bad weather doesn’t always include a tornado. This is, of course, to provide some variety as we didn’t want it to happen all the time, through the same path, etc. I think for the launch of Battlefield 2042 we’ve made it a higher probability, but the percentage for the beta is 10%.

Does the tornado grow larger over time when it spawns?

Kalle Nyström: I don’t believe it does. It kind of feels like it does because it actually spawns outside and comes onto the map in order to build anticipation and to make sure you can be ready for it when it does come.

Can you give us a bit of a background on the narrative wrapper for the Orbital map in Battlefield 2042?

Kalle Nyström: Narratively, the USA has claimed this launch site and wants to launch this rocket, and Russia wants to stop this launch. In terms of gameplay, though, we made the decision to disconnect the narrative so that the game mode itself wouldn’t be impacted by the rocket in Orbital. That would have meant custom mode settings, having different win conditions in different maps while in the same mode. We wanted to avoid that.

What effect does launching or destroying the rocket have on either team and the Orbital map?

Kalle Nyström: It’s mainly a map change scenario. It’s cool and once the rocket is gone, it makes it a little bit easier for helicopters to get to the flag as you can hover more freely without the rocket in the way.

If it explodes, though, it creates a way more chaotic close quarters combat environment where there’s smoke, fires, debris all over. What was a very vehicle dominated space becomes more suited to infantry and that’s the goal.

What does it take to take down the rocket? Can one player with a tank make it blow up?

Kalle Nyström: The rocket is invulnerable during the fueling sequence. When the launch sequence begins, which is when the rocket arms release the rocket, it’s vulnerable to damage. That sequence is around six minutes, so you definitely have time to damage it and take it out.

Tell me I can ride the rocket!

Kalle Nyström: The short answer is yes! But at a certain point, you can’t go into space and that’s actually for technical reasons. But you can for sure jump on the rocket, but you should jump off before it’s too late.

How did you manage to balance the Battlefield 2042 experience on last-generation consoles with half as many players?

Kalle Nyström: Essentially we tried to make sure it was closer to what we’ve made before in terms of size and stuff. Orbital on PlayStation 4 and Xbox One becomes a pretty high-paced map. We wanted to keep the theme of the map, though, so it’s still based on the launch site. We also still have the tornado and rocket events.

What was it like to return to modern combat with Battlefield 2042 after two historical entries?

Florian Le Bihan: I think one of the biggest points for us has been the creative freedom of being able to come up with really fun gameplay. For the previous historical games, we had a lot of limitations in that regard while trying to remain historically believable. It was a good challenge, but working with a modern setting and specifically, the era we have with Battlefield 2042 has helped us unleash that creative freedom where we can just come up with really cool things you haven’t seen in any Battlefield yet.

What’s the biggest scope for long-range snipers in the Battlefield 2042 beta?

Florian Le Bihan: The biggest scope we have in the beta is 8x, but the full game has a 12x scope.

Do you unlock attachments with weapons as you play them, or is it based on the general level?

Florian Le Bihan: You do unlock them as you play with the weapons. We’ve gone with a fairly new way of doing progression this time around.

Do ammo crates resupply gadgets? I noticed there are no more resupply stations on capture points.

Florian Le Bihan: Yes, gadget resupplying is back in ammo crates. I also believe we have decided to go back with grenades.

I’m not sure if all of that is in the Open Beta. We’ve done some small changes already, having had a lot of discussions with how available ammo would be and dealing with vehicles in general. We made sure that you can get your rockets back to deal with vehicles.

It seems like not all of the sectors will have subsectors and capture zones on Orbital. How is it that you’ve approached this theme of clustering in Battlefield 2042?

Kalle Nyström: It’s all based on what pacing we’re looking for on the various maps and how we want them to play. Orbital has quite few compared to other maps. We’ve two two-point sectors and four one-point sectors. But in terms of balance, it’s where we felt that Orbital played the best. There are certainly larger maps with three-point sectors for example, so it’s definitely on a map per map basis.

Have you thought about some kind of system to help with recognizing enemies?

Florian Le Bihan: During the Open Beta you’ll surely notice there are a few issues. We know this is a concern. We’ve worked to address that by adding extra features that help with recognizing friendlies from foes, such as the IFF lights, small lights that would be present on the team member.

How is the DICE team feeling about this game? Did you have fun during the development of Battlefield 2042?

Marie Bustgaard Granlund: I’ve had fun! It’s been of course a challenge, earlier in the project everyone worked from home due to the pandemic. I’ve been pleasantly surprised by how far we’ve been able to come with all those kinds of challenges. It’s been challenging but I think we’ve grown and learned a lot of how development for big games in the future can look like. I have really enjoyed working with the colleagues of Criterion.