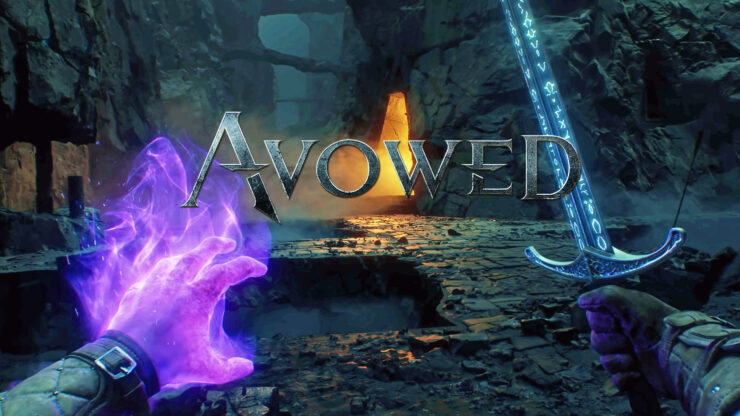 Microsoft has a lot of games on their slate, but one of the most intriguing is Obsidian’s Avowed, which many have pegged as the studio’s attempt to do a full-on Elder-Scrolls-style first-person RPG. That said, aside from a very brief teaser trailer, very little has actually been revealed about the game. Well, reliable Microsoft insider Jez Corden is spilling the beans in a new article. According to Corden, he’s been in contact with several sources close to the project, and has even seen early footage of the game in action. Word is, Avowed is coming along well and approaching a fully-playable alpha state.

In terms of gameplay, Avowed does take some inspiration from Elder Scrolls with classic dual-handed combat ala Skyrim, although many of the game’s spells, status effects, and systems are lifted from Obsidian’s Pillars of Eternity games (Avowed takes place in the Pillars universe). Expect a system that’s somewhat more action-oriented than something like Skyrim, which liberally combines weapon and magic use. Rather than loading characters down with a million abilities and spells as in CRPGs like Pillars, characters will likely have more limited inventory slots and loadouts.

Ultimately, if you’re looking for something to compare Avowed too, you should probably turn an eye to Obsidian’s own The Outer Worlds. According to Corden, Avowed seems to be recycling a lot of the foundational tech and systems Obsidian created for Outer Worlds, with the game having a similar colorful art style (a departure from the rather dark teaser trailer). Corden isn’t sure if the game is going to feature a full open-world or revisit the hub approach from Outer Worlds, but some new systems like swimming and destructible environments have reportedly been added.

So, when might we get to lay eyes on Avowed? Given the state the game is in, Corden speculates we may see it as soon as E3 2022 or maybe even at this year’s Game Awards (although that’s a long shot). For now, all we know is that Avowed has been announced for PC and Xbox Series X/S.