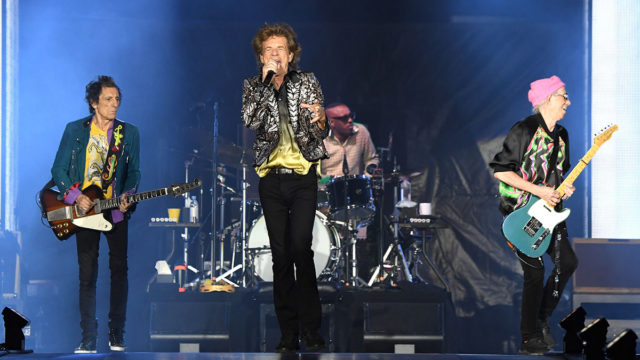 The Rolling Stones have retired hit song Brown Sugar from their setlist after years of criticism for being racially insensitive.

The lyrics centre around a slaver who whips enslaved black women at midnight, with the insinuation that he also engages in non-consensual sex acts with them.

“Gold coast slave ship bound for cotton fields/Sold in the market down in New Orleans,” the song begins.

In 2015, it was described by Lauretta Charlton in New York magazine as “gross, sexist, and stunningly offensive toward black women”.

But Charlton also said she “loves” the song, despite the lyrics: “Brown sugar, how come you taste so good?/Brown sugar, just like a young girl should.”

“I can’t sing those lines without feeling gross and objectified. But it’s OK to love a song and to hate it at the same time,” Charlton wrote.

She noted it had been listed as one of “the most racist songs of all time”.

In an interview with the Los Angeles Times, Keith Richards said the 1971 tune was supposed to be about the “horrors of slavery”.

After being asked why it had not been played during the band’s British tour, songwriter and co-founder Richards defended the hit.

“I’m trying to figure out with the sisters quite where the beef is. Didn’t they understand this was a song about the horrors of slavery?” he said.

“But they’re trying to bury it. At the moment I don’t want to get into conflicts.

“I’m hoping that we’ll be able to resurrect the babe in her glory somewhere along the track.”

Frontman Mick Jagger has attempted to soften the lyrics in the past, making minor adjustments, and in 1995 admitted he “would never write that song now”.

“I would probably censor myself. I’d think, ‘Oh God, I can’t. I’ve got to stop,” Jagger told Rolling Stone magazine.

“God knows what I’m on about on that song – all the nasty subjects in one go.”

Despite being fraught with “nasty subjects”, the song has been played at all of the band’s concerts since the 1970s, up until the band recently decided to pull it.

“We’ll take that one out for now and see how it goes.”

The decision to shelf the song comes as The Stones ‘No Filter’ tour continues across the US.

The post The Rolling Stones pull hit song from repertoire over slavery references appeared first on The New Daily.