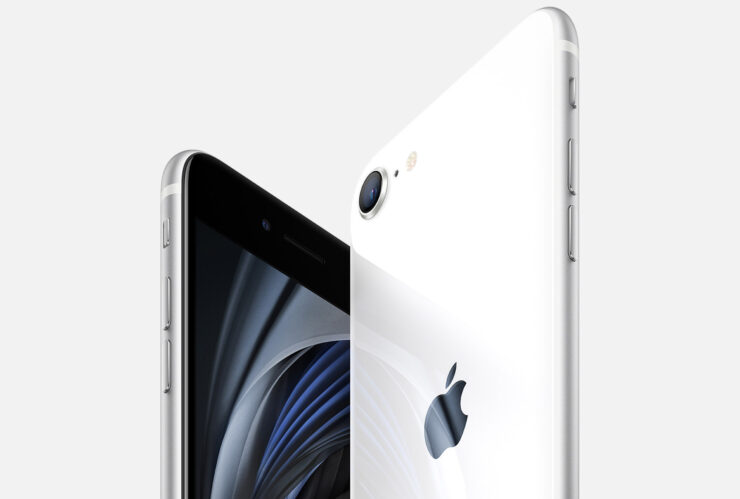 As we move closer and closer to the start of 2022, we will hear about the new iPhone SE at a higher frequency. Apple might have plans to rename its low-cost iPhone as the iPhone SE Plus, but according to one display analyst, it will continue sporting the same, unimpressive 4.7-inch display as the 2020 iPhone SE and iPhone 8.

DSCC CEO Ross Young is ‘hearing’ that next year, we might get the iPhone SE Plus, although it will be a strange name if Apple goes through with the decision. For one thing, the ‘Plus’ moniker is usually given to devices that are bigger in size or pack more features, but on this occasion, Young claims that the upcoming handset will sport a 4.7-inch display.

His current predictions regarding display size are unchanged compared to the one he previously made, and he supports the idea that the iPhone SE Plus will have 5G. Perhaps the only excuse Apple could use to address the low-cost iPhone as ‘Plus’ is that it sports a 5G modem. According to a previous report, Apple will source the Snapdragon X60 from Qualcomm and not the latest Snapdragon X65 present on the iPhone 13 series, possibly to reduce production costs.

The name change will likely be there to prevent confusion amongst consumers who cannot differentiate between the 2020 model and the upcoming one. Unfortunately, the 2022 iPhone SE with the same 4.7-inch display may compromise on the battery size unless Apple decides to compromise on its thickness just a little bit. Even then, do not expect that ‘all day’ battery, especially with 5G enabled.

Then again, Apple would not market the iPhone SE Plus for its battery life. Instead, the selling points of this device will include its competitive pricing and powerful specs like the A15 Bionic. Though Ross Young has a phenomenal track record, one rumor has a different take on next year’s model. For instance, it could tout an iPhone XR design, sport a 6.1-inch screen with a notch at the top, a side-mounted fingerprint reader, and possible support for Face ID.

However, Young claims that such a release has been pushed to 2024 but has not provided any reasoning. We will continue to hear more about Apple’s plans and confirm if the low-cost 2022 iPhone will be called the iPhone SE Plus or something else. If you want to learn more, be sure to check out our rumor roundup, which we will continue to update every time we stumble across fresh information.

The post 2022 iPhone SE Might Ship With a ‘Plus’ Moniker, Have 5G Support, but Will Sport Same 4.7-inch Display as iPhone 8 by Omar Sohail appeared first on Wccftech.