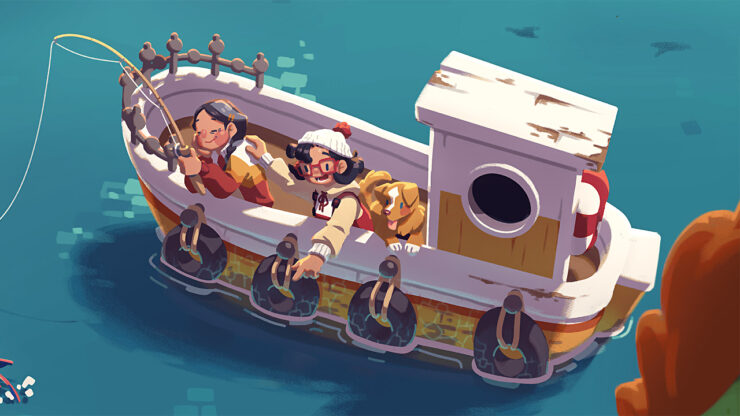 Any Xbox Game Pass subscribers looking for something to chill out with? Well, you have a new option in Moonglow Bay, which is out today on PC and Xbox, including Xbox Game Pass on Day 1. For those that haven’t been keeping up, Moonglow Bay is a laid-back RPG set in a quaint Canadian fishing village that combines Harvest-Moon-style socializing, surprisingly in-depth fishing and cooking mechanics, and a bit of drama. You can check out the launch trailer for the game, below.

Well, that was wholesome! Need to know more? Do check out my full interview with Moonglow Bay’s creative directors, and the following official description…

Moonglow Bay is set along the Eastern Canadian coastline during the 1980s and offers players a diverse and emotionally charged story, complemented by relaxing, slice-of-life fishing RPG gameplay. You play as a rookie angler, struggling to fulfil your partner’s final wish by keeping a business afloat in the face of impending bankruptcy.

Whether playing solo or with a friend in drop-in-drop-out local co-op, you’ll need to cook your catch of the day, then sell a variety of recipes to upgrade your shop, gear, and fishing boat. Combining a playful voxel art style with a sumptuous soundtrack, your journey is split into several distinct story arcs featuring a fully-inhabited town to traverse and the potential for epic encounters with the rumoured Mystical Monsters of Moonglow.

With your journal and rod in hand, you can explore the furthest reaches of the ocean, from frigid glaciers to boiling geysers, and learn to cast nets, set traps and fish through ice, documenting over 100 varied aquatic species while uncovering the secrets of Moonglow Bay.

Moonglow Bay is available now on PC, Xbox One, and Xbox Series X/S.