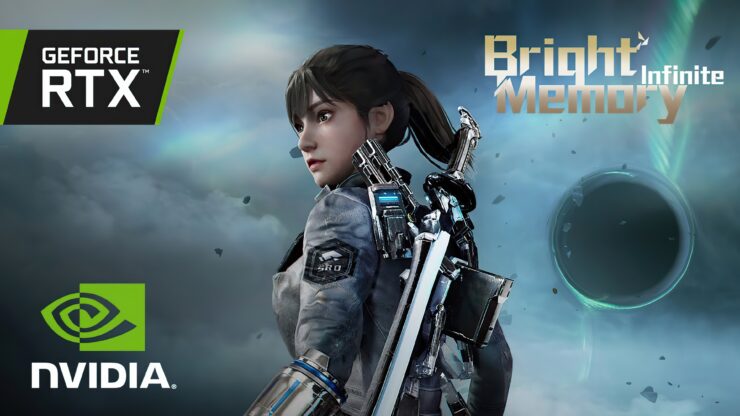 First-person action game Bright Memory: Infinite goes live later today on PC (Steam and GOG), available for free to all owners of Bright Memory. It’s one of the most technically impressive games to date, filled as it is with cutting-edge technologies.

One-man team Xiancheng Zeng, whom we interviewed a couple of years back, released a statement about that.

For its part, NVIDIA was all too happy to describe how they’ve helped Zeng with the five different ray traced effects supported by Bright Memory: Infinite.

In the detailed environments you explore and fight across, Ray-Traced Ambient Occlusion and Ray-Traced Shadows realistically shadow everything and everyone, to further improve image quality.

And on bodies of water, Ray-Traced Caustics simulate the reflection and refraction of light through water, as an extra visual flourish, as you can see in the trailer below.

Then there’s NVIDIA DLSS, of course, which is sorely needed to get this game running at smooth frame rates with all those bells and whistles enabled. In fact, at native resolution, not even the RTX 3080Ti can get close to 40 frames per second with ray tracing on. However, with DLSS Performance Mode activated, all RTX GPUs from the 3060Ti upward can enjoy at least 60 FPS.

This is one of the biggest DLSS boosts we’ve seen to date, enhancing performance by up to 2.5X at 4K resolution. 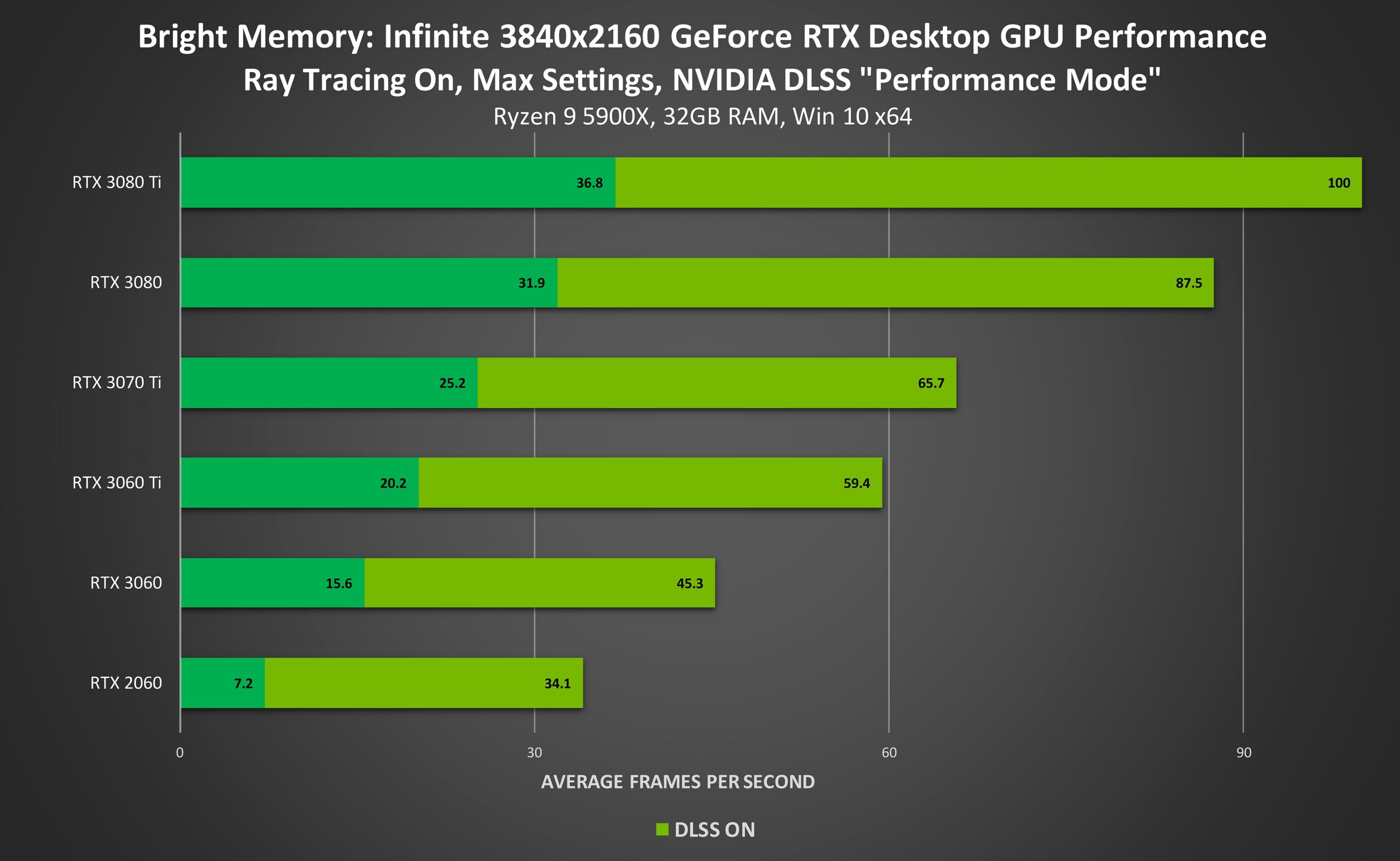 Last but not least, Bright Memory: Infinite also supports NVIDIA Reflex, the technology that lowers the system latency. While the game is single player only, it is a fast-paced action title that can definitely benefit from increased responsiveness. According to NVIDIA, the improvement is particularly noticeable on a GPU like the RTX 3060, where system latency can go down by up to 49%.

To enjoy the game with all these technologies you won’t even need to own a GeForce RTX graphics card yourself, as Bright Memory: Infinite can be played through GeForce NOW. If you’ve got the Priority tier subscription, that includes remote hardware supporting both ray tracing and DLSS.