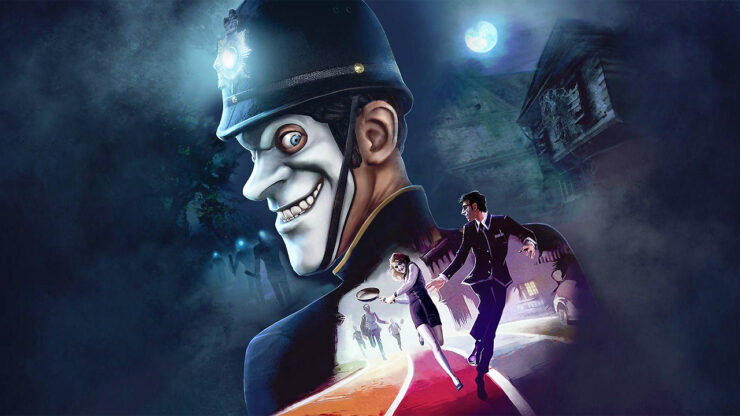 Rumors about various unannounced Xbox Game Studios’ titles have been thick on the ground recently, with details about codenamed games such as Project Shaolin (a Wu-Tang Clan RPG), Project Indus (a 4X strategy title from Oxide Games), Project Cobalt (a Steampunk RPG from InXile), Project Dragon (an RPG from IO Interactive), Pax Dei (a cloud-based MMO from Mainframe Industries), and Project Missouri (a Disco-Elysium-style RPG from Obsidian’s Josh Saywer) being leaked in recent weeks and months. Now we have potential information on yet another project.

Windows Central’s usually-reliable Jez Corden has new details on the next project from Montreal-based We Happy Few developer Compulsion Games, which is currently codenamed Project Midnight. Apparently, Compulsion is leaving the swinging 60s behind in favor of a dark “southern gothic” adventure with unique fantasy elements. The game is said to be a more traditional single-player third-person action-adventure that tells a coming-of-age story set in American south. Windows Central has seemingly acquired some early concept art for Project Midnight, which does boast a rather different style than past Compulsion titles (click the image for full resolution).

Corden also backs the recent rumors about Project Missouri, namely that it will be a largely (or entirely) combat-free mystery RPG set in 16th century Europe, with players able to freely throw around accusations leading to “cascading consequences.” Apparently, the game’s actual planned title is Pentiment, an obscure term that refers to the underlying layers of a painting – fitting for a game about uncovering the truth.

Word is, Project Midnight will likely launch within the next couple years, while Project Missouri/Pentiment is said to be slated for 2022. Of course, take all this with a grain of salt until something is actually announced, but what are your thoughts on these latest rumored Microsoft games? Given Compulsion’s strong art department, I’m definiitely interested to see how Project Midnight shapes up.

The post We Happy Few Dev’s Next Thing Said to be a Dark “Southern Gothic” Actioner, Early Art Leaks by Nathan Birch appeared first on Wccftech.