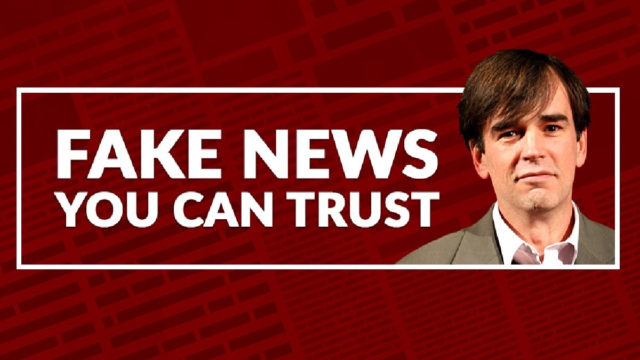 ‘Deepfake’ is a rapidly advancing technology capable of faking videos of Tom Cruise being tall.

“The resemblance is uncanny,” said a spokeswoman who looks like Tom Cruise.

The Deep Fake PM went to Glasgow’s fake climate conference. He returned with something called “net zero” which, coincidentally, is a deepfake number.

The wellness movement has a new hero – Deepfake Chopra.

FRANCE vs AUSTRALIA GAMES OVER

After French President Emmanuel Macron accused PM Scott Morrison of being “as trustworthy as Scott Morrison”, Australia has challenged the French to a sledging competition.

Labor leader Anthony Albanese has promised that every Australian will receive a small target on their forehead.

The Labor leader leads from behind, facing the other way, and treading quietly.

“Anthony doesn’t want to come across as coming across,” said a Labor apparatchicken in plain packaging.

“Bob Hawke gave us Medicare. Julia Gillard gave us the NDIS. Anthony promises more of less, and less of more, more or less.”

Labor promises to announce new policies as soon as the Liberals invent them.

Due to their what-target strategy, the Labor Party will have a mandate to do absolutely nothing, which has worked for the Coalition.

GENERATION ALPHA SAYS BEING ‘WOKE’ IS SOMETHING OLD PEOPLE DO

Every new generation throws out the values of its parents. So, the next generation – Gen Alpha (born between 2010-2024) – intends to leave the woke in their wake.

A Gen Alpha kid playing Grand Theft Awkward dreams of a world that criminalises cancel-culture. “We’ll sit in judgement of those who tweet in judgement!”

The kids reject the woke erasure of history. “Those who do not learn history are doomed to blame it on the Millennials.”

Meanwhile, they will concentrate on un-woke social issues like climate denial and flattening of the earth.

One kid claims her pronoun is very pro-noun.

She predicts, “The end of the world is coming as soon as we get our hands on the launch codes. Prepare for Total Judgment Day.”

The post <i>The Ferguson Report</i>: That clip of Scott Morrison being frank and truthful, it’s an obvious fake appeared first on The New Daily.