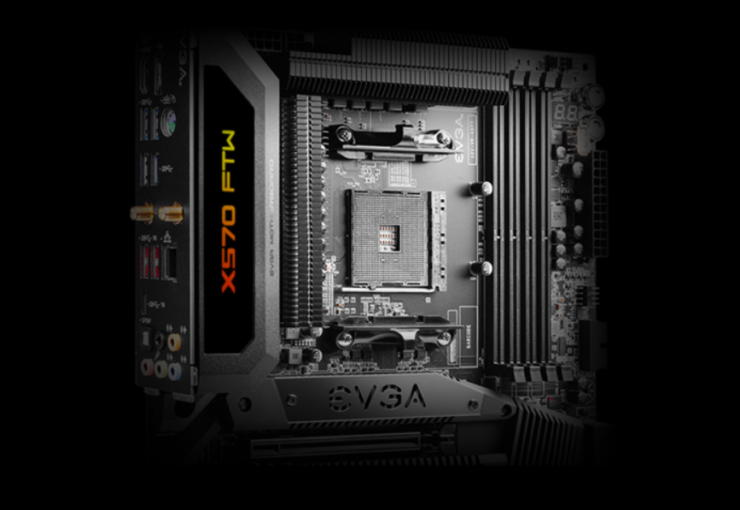 EVGA has recently released the newest in their AMD Socket AM4 motherboard line, the X570 FTW WiFi. The new X570 FTW WiFi opens a wider consumer base than their X570 DARK line, which focused strictly on serious overclockers who are looking to push their Ryzen 5000 CPUs to insane limits. The X570 FTW WiFi is focused on true PC enthusiasts wanting the best from their system.

EVGA’s new offering showcases a total of four DDR4 DIMM slots, adding an additional two DIMM slots than the X570 DARK motherboard. The company draws power for their new product from the 24-pin ATX and 8 + 4 pin EPS, while utilizing a 15-phase CPU VRM. The VRM is kept at lower temperatures thanks to its aluminum heatsinks with a fin-stack design. The AMD AM4 CPU is connected to the four DIMM DDR4 slots, along with a total of two PCIe 4.0 x 16 (two x8 with both being utilized), and a specific M.2 NVMe slot with PCIe 4.0 x 4 connection. 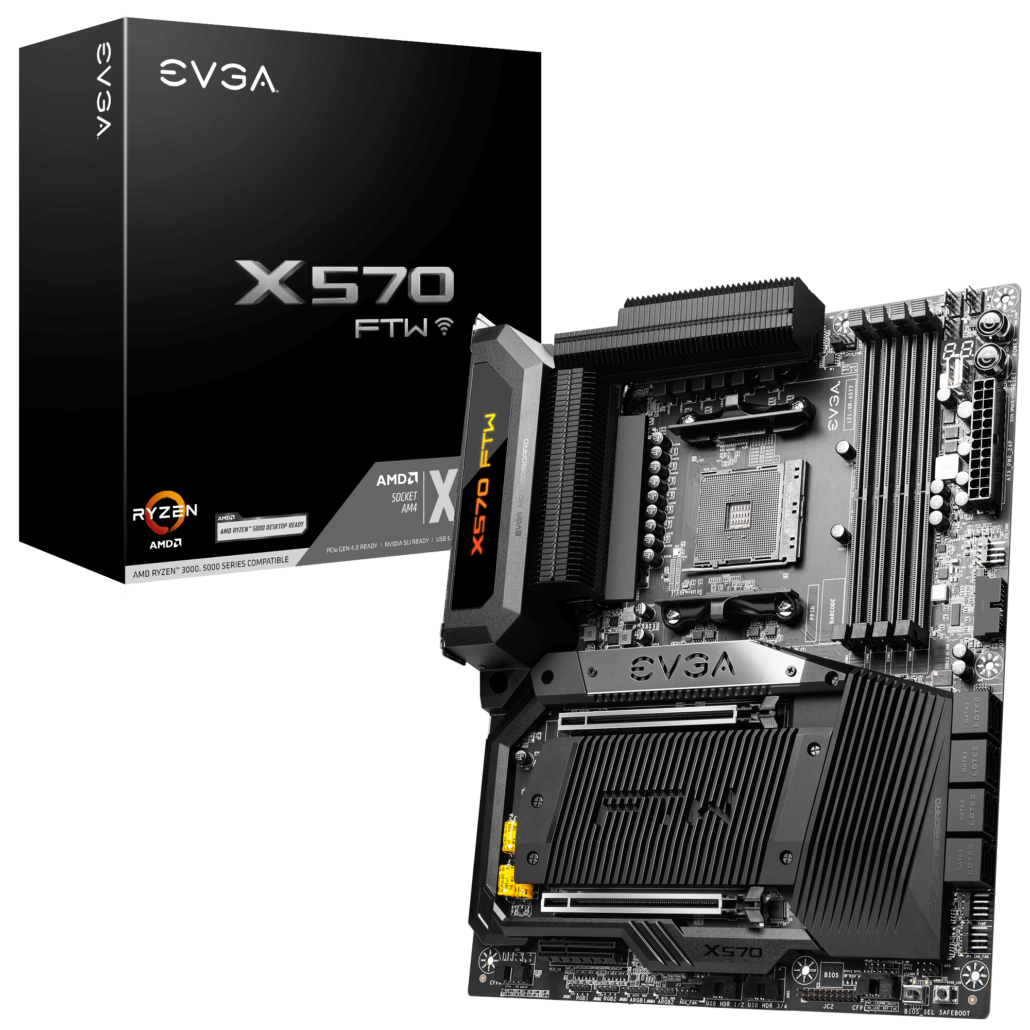 The chipset on the X570 is cooled with a fanless structure, which designates this particular board as the X570S model. A total of eight 6Gbps SATA ports round out the remainder of the storage capacity. Adding to connectivity for other devices are three USB 3.1 Gen2 ports on the back panel, two Gen1 ports that are placed internally near the headers, and two 5Gbps Gen1 ports.

The EVGA X570 FTW WiFi motherboard has an MSRP of $499, $200 less than the X570 DARK mobo, and will only be available to EVGA Elite members. To find out more about the newest EVGA X570 FTW WiFi motherboard, as well as how to become an EVGA Elite member, please follow this link to the company’s product page, as well as this link for more information about the EVGA Elite program, giving you priority access the day before any new EVGA product releases.