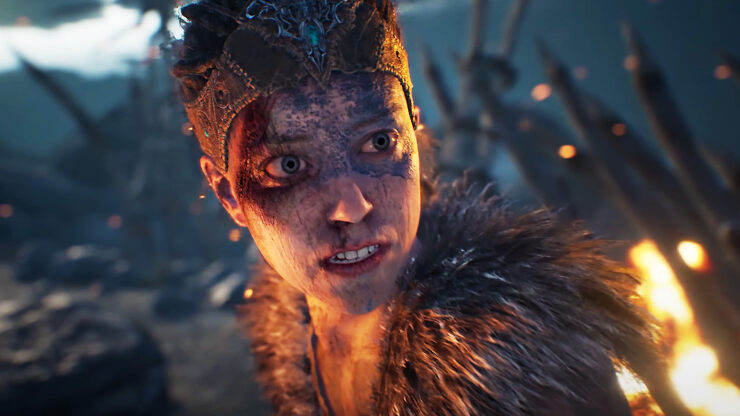 Earlier this summer Ninja Theory’s Hellblade: Senua’s Sacrifice got a nice visual boost on Xbox Series X/S via an update that added ray tracing, new visual modes, and more. Well, now the PC is getting in on the fun with it’s own enhanced version that includes everything in the Xbox Series X update (new materials, particles, and ray-traced reflections) and some exclusive features including ray-traced shadows and support for NVIDIA Deep-Learning Super Sampling and AMD FidelityFX Super Resolution. You can check out a new trailer for Hellblade’s new PC enhancements, below.

Just over four years since launch we’re happy to introduce a huge new update to Hellblade: Senua’s Sacrifice. Starting with visuals, we’ve integrated the enhancements we made to the recent Xbox Series X|S release of Hellblade, including updated materials, particles, level of detail and Ray Tracing.

This new build includes Ray Tracing presets (Low, Medium, High), with Ray Traced reflections, plus Ray Traced shadows exclusive to the High preset. We think this brings a new depth to Helheim never seen before, so we’re excited for people to retread Senua’s steps in an even more immersive environment. Hellblade on PC now also supports both DirectX 11 and 12, with support for NVIDIA DLSS and AMD FSR upscaling for an optimised experience.

We have also used this opportunity to add some key accessibility features to make Hellblade available to more people. These include full controller and keyboard remapping, subtitle customisation, and colour blindness presets for Deuteranopia, Protanopia and Tritanopia.

So yes, for those keeping track, the PS5 is now the only new-gen console that hasn’t received a Hellblade visual update. Given the current ownership of Ninja Theory, I don’t expect that to change.

Hellblade: Senua’s Sacrifice is available now on PC, Xbox One, Xbox Series X/S, PS4, and Nintendo Switch, and is playable via backward compatibility on PS5. The latest PC update is now free to download.