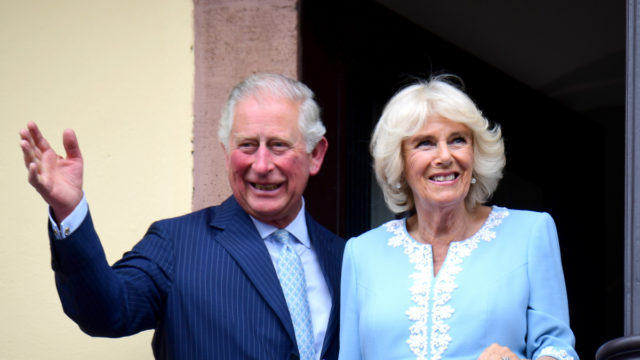 The Prince of Wales and Duchess of Cornwall have arrived in Amman, the capital of Jordan, for the start of their tour of the Middle East country.

Charles and Camilla flew in Voyager, Britain’s ministerial jet, and were greeted on the runway by a small diplomatic party led by Britain’s ambassador to the country Bridget Brind.

Among the group was Stephanie Al-Qaq, the Foreign, Commonwealth and Development Office’s director for Middle East and North Africa, and Defence Attache Brigadier Jamie Piggott.

The couple left Britain on Sunday, Charles’ birthday, after attending the national remembrance service at the Cenotaph and have spent private time in Jordan.

Charles and Camilla will also tour Egypt in the next four days.

The overseas visit comes after an eventful period for the royal family, with senior members taking part in the recent COP26 UN climate change talks and concerns being raised about the Queen’s health after she suffered a back injury.

Chris Fitzgerald, deputy private secretary to the prince, has said climate change would be one of the main themes of the Middle East visit.

Other issues will include inter-faith dialogue, female empowerment and efforts to preserve cultural heritage.

“The first royal tour in almost two years will come at a significant moment in the UK’s relationship with both countries,” Fitzgerald said.

“Their royal highnesses will first travel to Jordan, where they will celebrate both Jordan’s own centenary and 100 years of the UK-Jordan bilateral relationship.

“Their royal highnesses’ visit to Egypt comes as the UK holds the COP presidency and Egypt has been nominated to assume the COP27 presidency in 2022.

“In this decisive decade for climate action, the next 12 months is therefore expected to see a significant co-operation between the UK and Egypt.

“Indeed, both visits will have a major focus on addressing the climate crisis.”

Meanwhile, Prince Edward – the Earl of Wessex – will deliver the Queen’s address to the General Synod on her behalf on Tuesday (local time) as he represents his mother at the Church of England’s national assembly.

The Queen, who missed the Remembrance Sunday service at the weekend, was due to appear in person at the Synod, but her visit was cancelled last week.

She has now been under doctors’ orders to rest for nearly a month after spending a night in hospital on October 20 undergoing preliminary investigations, and is at Windsor Castle and only undertaking light duties.

Edward will read the 95-year-old head of state’s speech to bishops and clergy at Church House, the Westminster headquarters of the Church of England.

It is the first time in the Synod’s 51-year history the monarch – who is Supreme Governor of the Church of England – has not made her five-yearly visit to coincide with diocesan elections.

The post Prince of Wales, Camilla arrive in Jordan for first tour in two years appeared first on The New Daily.