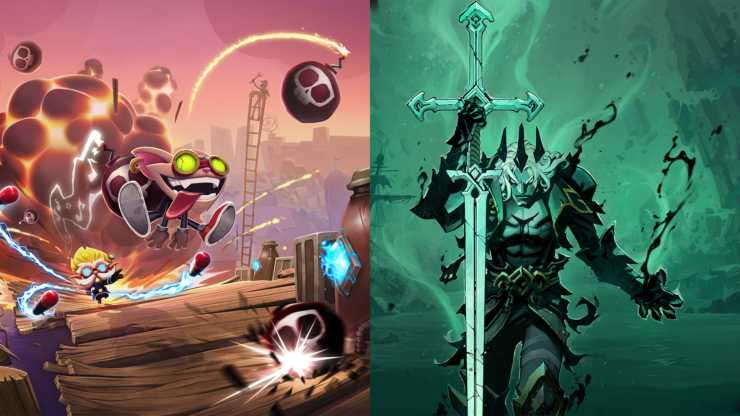 The first game is Hextech Mayhem: A League of Legends Story. This game is developed by Choice Provisions, the creators of the BIT.TRIP series. This game is currently available on Nintendo Switch, PC, and will become available via the Netflix mobile app.

The game is set in the League of Legends universe and in it, players must perform bomb-jumps and bomb-attacks to the beat of a toe-tapping soundtrack, to avoid obstacles, disarm enemies, and light fuses for satisfying and explosive chain reactions to achieve maximum mayhem. A trailer for Hextech Mayhem: A League of Legends Story can be seen below.

Owning the game on PS4 or Xbox One will allow users to upgrade their versions to the PS5 or Xbox Series S|X versions respectively for free. This current version is also compatible with the PS5 and Xbox Series X|S via backward compatibility. However, PS5 and Xbox Series versions of the game will be available at some point in the near future.

A trailer showcasing Ruined King’s gameplay and story beats can be seen below:

The story is set in two regions of Runeterra, Bilgewater, a bustling port city that is home to sea monster hunters, dock gangs, and smugglers from across the known world; and the Shadow Isles, a land cursed with the deadly Black Mist which shrouds the island and corrupts those it comes in contact with. In order to defeat a common and mysterious enemy, players will form an unlikely party of beloved League of Legends champions – Miss Fortune, Illaoi, Braum, Yasuo, Ahri, and Pyke.

A digital Deluxe Edition for Ruined King is available on each platform for $39.99 and includes Ruined Skins for each character, the Ruination Starter Pack, and additional items. The physical Collector’s Edition is available for $129.99 and includes an Art Book, Exclusive Joe Madureira Sketch, 12” Vinyl Soundtrack, Cloth Map of Bilgewater, Notebook & Pen, and Bilgewater Mug. 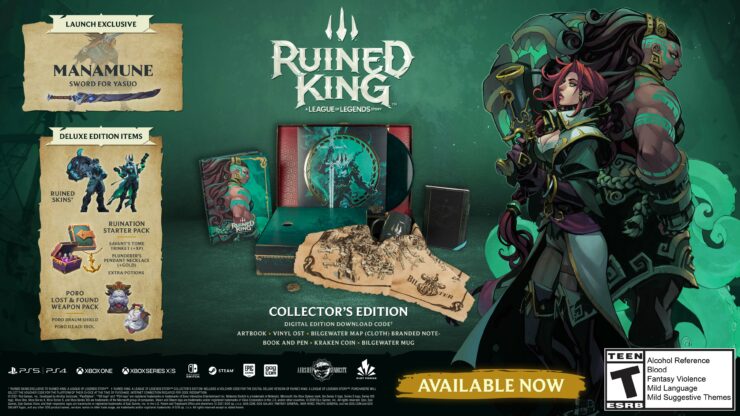 All players who purchase Ruined King: A League of Legends Story within the first 30 days of its release will receive the Manamune Sword as an in-game weapon for Yasuo, whether they purchase the Standard, Deluxe, or Collector’s Edition.