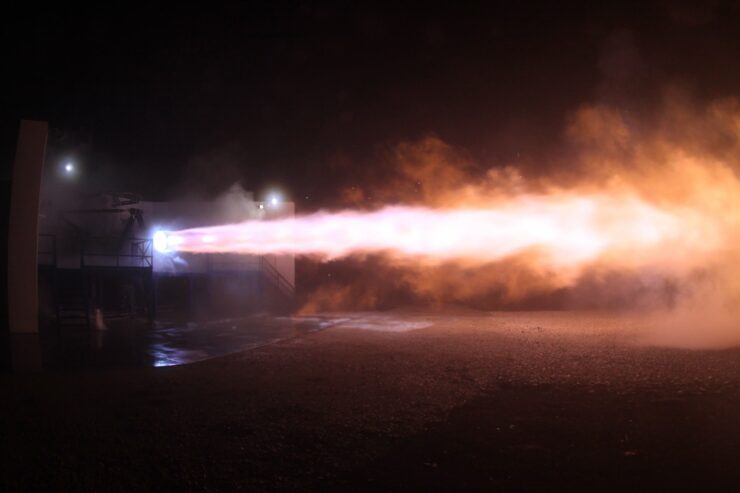 Space Exploration Technologies Corporation’s (SpaceX) chief Mr. Elon Musk set a target for the first orbital test flight of his company’s Starship next-generation launch vehicle system earlier today. Starship is SpaceX’s next-generation rocket that is currently being built and tested in Boca Chica, Texas. It aims to fulfill the company’s foundational aim of making humans interplanetary or at least providing a rapidly reusable rocket system capable of missions to destinations apart from the Moon in the solar system. Musk’s latest comments came at The National Academies of Sciences, Engineering, and Medicine’s Space Studies Board (SSB) and Board on Physics and Astronomy (BPA) Joint Meeting 2021, where he also shared details about Starship and expectations from the program next year.

SpaceX currently uses its Falcon 9 medium-lift rockets to conduct crewed missions for the National Aeronautics and Space Administration (NASA), launch its Starlink internet small satellites and carry payloads for other customers. However, the Falcon 9 is limited and can not target a diverse range of destinations in the solar system.

For these purposes, Musk’s company is building a new rocket in Texas, dubbed Starship. This rocket is primarily aimed at taking crew and cargo to Mars, but it will also be capable of significantly diversifying SpaceX’s current launch capabilities in terms of mass, destinations and cadence.

So far, the company has conducted several tests of the rocket’s upper stage, which have seen the 160 feet vertically land twice. However, SpaceX is yet to test the Starship first stage booster, which is responsible for carrying the rocket’s massive payloads (up to 100 tons) beyond Earth’s gravity.

During his talk at the meeting, Musk shared why SpaceX decided to use stainless steel for Starship’s body. He explained that compared to advanced carbon fiber, which was his company’s first choice, steel costs significantly less, is easier to work with, does not require to be painted, is more robust at frigid temperatures. Starship stores its fuels and greatly reduces the thickness of the heatshield tiles needed for a spacecraft to enter or reenter a planet’s atmosphere. 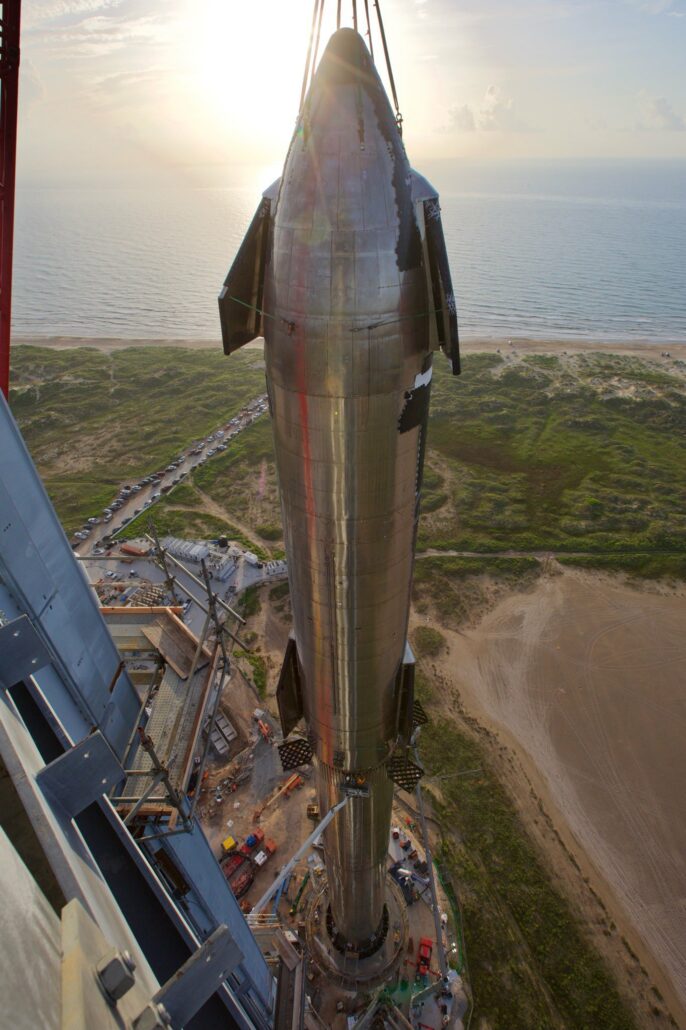 He also outlined that SpaceX aims to conduct the first orbital Starship test flight in January and that observers should be cautiously optimistic when expecting the vehicle to land like SpaceX’s Falcon 9. However, he did share expectations for landing the rocket next year and establishing a regular launch schedule.

Providing his opinion about taking humans to Mars, Musk stressed that his priority was to ensure that Starship lands safely before crewed missions.

Our rate of progress on Starship is very rapid. We’re actually getting ready to try our first low Earth orbital launch attempt within the next few months. We’re expecting our license approval from FAA by the end of this year so that probably means a launch attempt in January or perhaps February. We’re actually building the factory to make lots of Starships and make lots of engines in parallel. So there will be many, many vehicles. The engine build rate is currently the biggest constraint on how many vehicles we can make.

Because there are currently 29 engines on the booster and there will be 33 even at a higher thrust level. So 33 engines per booster. And these are big engines. The Raptor 2 is a roughly 240 ton thrust engine, so we’re talking like five or six hundred thousand pound thrust engines. So really quite intense. In fact I’d say building the production system for Starship is much harder than the design of the Starship itself. But we have that in progress and we intend to do hopefully…hopefully a dozen launches next year, maybe, maybe more. And if we’re successful with it being fully reusable it means that we built up the fleet. Just as we are with the Falcon 9 and the Falcon 9 booster which is reused. We lose the upper sage every time but we almost always recover the booster. So basically we intend to complete like the test flight next year which means that it is probably ready for valuable payloads that are not for testing basically but actually real payloads in 2023.

While SpaceX is moving full speed ahead with Starship, its Texas facilities are currently waiting for the completion of an environmental review process by the Federal Aviation Agency (FAA). Should this work out in the company’s favor, it will have to secure a launch operator license from the agency for an orbital test flight. The FAA currently estimates that the environmental review will be finished by December end.