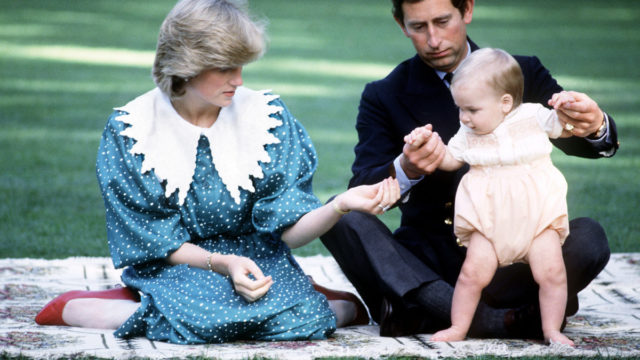 Netflix has found its young Prince William for the upcoming season of The Crown – and there’s a real family connection.

Newcomer Senan West, the 13-year-old son of actor Dominic West, has been cast after a “nationwide search,” Variety confirmed on Thursday (US time).

West takes over as Prince Charles, William’s father, in the fifth series of the hit Netflix show about Britain’s royal family.

They will star alongside Australian Elizabeth Debicki, who will play William’s mother, Princess Diana.

Netflix dropped its first official look at Debicki and Dominic West in character as the then Prince and Princess of Wales in August.

Variety said the younger West would be introduced in the final episodes of the series “as a slightly older Prince William, portraying him as he begins to mature into a young man”.

William has so far been seen only as a toddler in earlier Crown episodes, including on his parent’s 1983 royal tour of Australia.

Netflix is yet to reveal who will play William’s younger brother, Prince Harry.

Season five of The Crown, expected to drop in November 2022, will cover the 1990s – a period of upheaval for the British royals. It is widely reported it will include the 1997 death of Diana in a car crash in Paris.

William, who is second in line to the throne, was just 15 when his mother died. Harry was 12.

The Kite Runner star Khalid Abdalla will join the cast to play Dodi Fayed, the Egyptian billionaire who was the princess’ boyfriend and died with her. Salim Daw will play his father, Mohamed Al-Fayed, then the owner of Harrod’s.

As well as Diana’s death, which shocked Britain, the ’90s included the Queen’s self-proclaimed “annus horribilis” in 1992 – the year three of her four children separated from or divorced.

During the 1990s, there was also the scandal of Prince Charles’ affair with Camilla Parker-Bowles, now the Duchess of Cornwall, and a fire at Windsor Castle, the Queen’s golden wedding anniversary, and the deaths of Princess Margaret and the Queen Mother.

Imelda Staunton takes on the role of the Queen for the series, while Jonathan Pryce plays Prince Philip, and Lesley Manville is Princess Margaret. Johnny Lee Miller will star as John Major, who was British prime minister from 1990 to 1997.