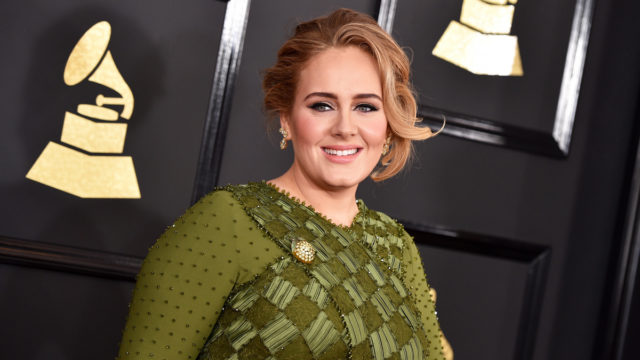 Adele has persuaded Spotify to remove the shuffle button from all albums to ensure songs play in the artist’s chosen order.

The English singer-songwriter revealed on Sunday the “only request” she made to the streaming platform before Friday’s release of her latest album, 30, was that all anthologies of music be played as intended on Spotify.

The album is the first from Adele in six years. It rocketed to the top of the charts within hours of its release.

“We don’t create albums with so much care and thought into our track listing for no reason,” Adele tweeted.

“Our art tells a story and our stories should be listened to as we intended.”

Spotify tweeted in response to Adele’s post, “Anything for you”.

In a later statement, Spotify said it had begun rolling out a new Premium feature that had been “long requested by both users and artists” to make the play button stream the album in the track listing order as default.

Currently, albums on Spotify have a default “play” button with a small “shuffle” symbol underneath.

The “shuffle” symbol will be removed from the default avenue to listen to new albums.

“For those users still wishing to shuffle an album, they can go to the Now Playing View and select the shuffle toggle,” Spotify said.

TND has contacted Spotify for clarification on when these album changes will occur in Australia.

Previously, Adele had been reluctant to have her music published on the world’s largest music streaming platform.

Her last album, 25, was made available on streaming platforms only in June 2016 – seven months after its record-breaking sales in Britain, with more than three million copies sold in a week.

The first single from Adele’s new album, Easy On Me, broke the record for most global streams in a day.

The post Adele convinces Spotify to drop ‘shuffle’ from all albums appeared first on The New Daily.