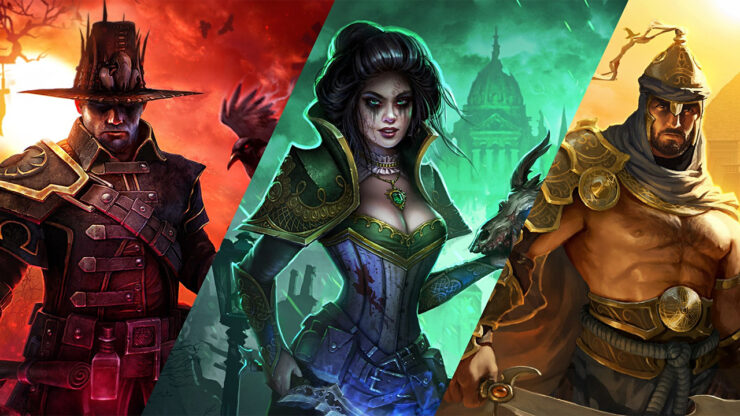 The well-regarded action-RPG Grim Dawn launched on PC back in 2016, and the devs have been promising an Xbox version ever since. Well, after years of waiting, Grim Dawn Definitive Edition, which includes the Ashes of Malmouth and Forgotten Gods expansions and all other DLC, finally arrives on consoles next month. Unfortunately, no footage of the Xbox version has been released, but here’s the launch trailer for the PC version as a refresher.

We are thrilled to grow our community on the Xbox and expand the ARPG offering on console. Grim Dawn will debut on Xbox with a “Definitive Edition” that assembles years of expansions and free content updates into one convenient package by bundling the Ashes of Malmouth expansion, Forgotten Gods expansion, and the Crucible game mode!

Finally Xbox players will be able to explore the darkest corners of Grim Dawn’s vast, immersive world, where secrets abound and untold terrors lurk. Known for its rewarding itemization, dual class system, choice and consequence questing, factions and rewarding end-game activities, the game is sure to entice fans of the genre both new and old.

For those who haven’t played Grim Dawn, its world is a unique mix of fantasy and post-apocalyptic themes. Wccftech’s Kai Powell found it to be a fairly fresh take on the ARPG in his full review…

Grim Dawn is a familiar, yet satisfying romp through a role-playing genre that’s seen its fair share of innovations and dynamic methods to shoot and loot. Its setting is a nice change from the usual fantasy titles and its features and content are more than enough to keep you entertained for quite some time.

Grim Dawn Definitive Edition is available now on PC. The game arrives on Xbox One on December 3 and will be playable via backward compatibility on Xbox Series X/S. Pre-orders are open now.