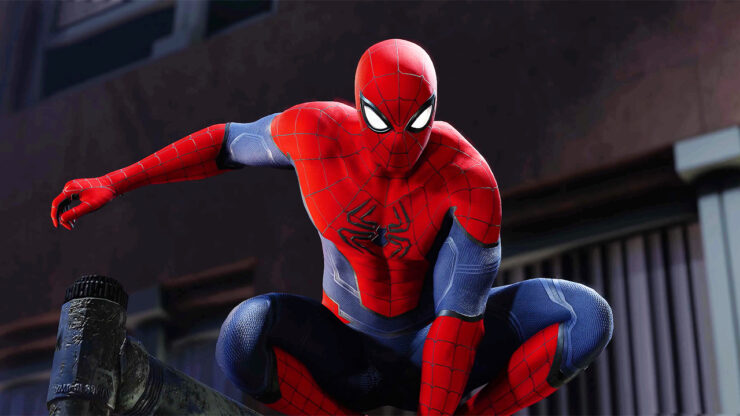 PlayStation-owning fans have been looking forward to having Spider-Man swing into Marvel’s Avengers since before the game’s launch, but unfortunately, it seems the DLC may not live up to expectations. According to a preview from IGN, the upcoming Spider-Man “With Great Power” event won’t include any traditional story missions ala previous DLC featuring Hawkeye and Black Panther. Instead, you can look forward to a series of challenges, with some audio logs and static comic-book style “cutscenes” advancing the story. So why is Crystal Dynamics scrimping on the Spidey story? According to Avengers director Philippe Therien, they didn’t want to devote too much energy to something that was only going to be available on a single platform, plain and simple…

We want to spend our efforts on content that everyone can enjoy, so we chose to spend a lot of our energy on the Klaw raid that’s coming up at the same time. Really that’s a simple decision for us. Spider-Man can play all the content, but then we release a piece of content that’s good on all platforms. Really that was a decision that’s been that way since the beginning.

Well, points for honesty I suppose, but it’s still pretty disappointing. If Square Enix and Crystal Dynamics didn’t want to put any effort into console-exclusive content, they shouldn’t have offered it in the first place. At the very least, they should have been honest from the get go considering this was apparently their position right from the beginning.

Meanwhile, IGN has also released first gameplay footage of Spider-Man in Marvel’s Avengers, and well, he looks okay. Maybe if Insomniac’s Spider-Man games didn’t exist I’d be more excited, but they do, and Avengers Spidey doesn’t look nearly as fluid or badass. You can check out the footage for yourself, below.

Marvel’s Avengers is available now on PC, Xbox One, Xbox Series X/S, PS4, PS5, and Stadia. The Spider-Man Hero Event arrives on PS4 and PS5 on November 30 along with a major free update for all players.