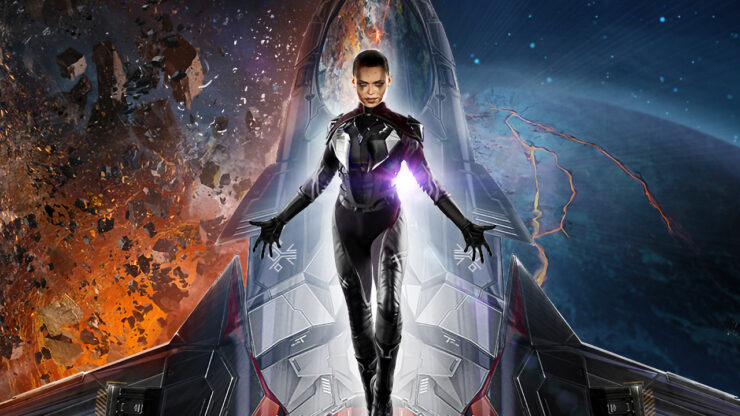 Deep Silver’s Chorus has been flying somewhat under the radar, possibly because we haven’t really seen all that much of the space shooter in action. Well, thanks to the folks at IGN, we now have 8 minutes of mostly-uncut gameplay footage to check out and the game is looking impressively fluid and polished. We see main character Nara free a space station beset with parasitic “totems,” before taking on a squad of enemy ships. We also get a brief peek at the upgrade screen for your ship. You can check out the footage for yourself, below.

Take control of Nara, once the Circle’s deadliest warrior, now their most wanted fugitive, on a quest to destroy the dark cult that created her. Unlock devastating weapons and mind-bending abilities in a true evolution of the space-combat shooter. Along with Forsaken, her sentient starfighter, explore ancient temples, engage in exhilarating zero-g combat, and venture beyond our waking reality.