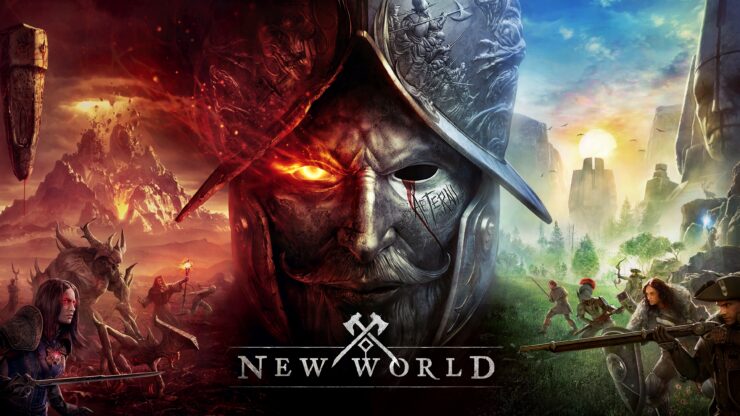 The season of gifts is coming fast, and we’ve got a New World giveaway thanks to Amazon Game Studios. Enter the Gleam form below for a chance to win one of ten Steam codes in our raffle, set to run for a week. On December 1st, we’ll randomly select ten winners and contact them with the keys; good luck to you all!

New World launched in late September and immediately skyrocketed to the top of Steam’s chart, reaching the impressive figure of 913K concurrent players on September 30th, which made the MMORPG Steam’s biggest launch of 2021. Amazon said that there were over a million players crowding the game’s servers (and forming long queues for the first week or so) just on day one, and even Amazon founder and executive chairman Jeff Bezos chimed in to congratulate the gaming’s division on its first real success.

While the big crowd has largely moved on to seek the next phenomenon, most MMO aficionados have stuck to it despite the growing pains (chiefly bugs and exploits) that plague any specimen of this genre at launch. Meanwhile, Amazon Game Studios has begun releasing new updates, with last week’s Update 1.1 adding the first new weapon (the Void Gauntlet), new enemies, and missions to New World.

The patch has also been datamined at length, hinting at what might be coming in the future. There are many other new weapons in the works, such as daggers, clubs (one-handed maces), greatclubs (two-handed maces), pistols, greatswords (two-handed swords), blunderbusses, and something called celestial gauntlets. Six new dungeons are being prepared, alongside a desert-like open world zone called Brimstone Sands, a group finder and mutations (likely a way to implement scaling difficulties in Expeditions) for dungeons, and a spectator mode for PvP.

The post New World Full Game Giveaway – Enter for a Chance to Win a Free Code! by Alessio Palumbo appeared first on Wccftech.