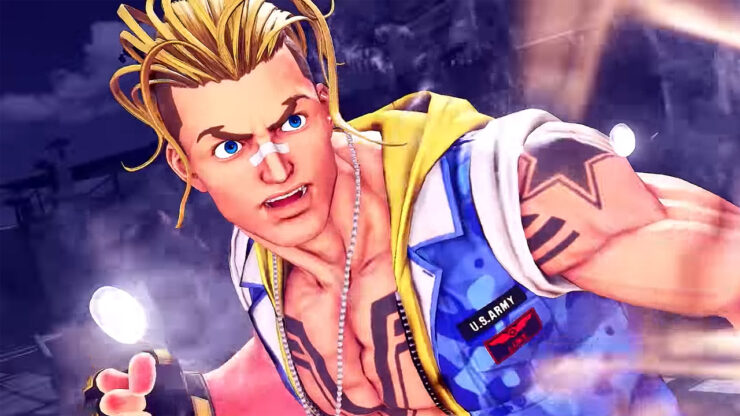 After over five years, Capcom is finally bringing development of Street Fighter V to a close with the addition of one last character – Luke. While the newcomer may look somewhat unassuming at first, he’s one to keep an eye on, as Capcom has gone so far as to proclaim him “the future of Street Fighter” and have promised he’ll be a major part of whatever game follows Street Fighter V.

But beyond all that, how does Luke play? Well, he looks like a more down-to-earth fighter than some recent additions. Capcom describes his style as a mix of military fighting techniques and mixed martial arts, and indeed, he looks to essentially combine Guile’s style with MMA strikes. In addition to that, Luke’s V-Triggers work differently than any other character, as once activated, his V-Gauge will steadily increase unless opponents deal him damage. Perhaps a hint of a mechanic we can expect from Street Fighter 6? You check out Luke’s debut gameplay trailer, below.

Here’s a bit more detail about Luke, courtesy of Capcom…

Brand new to the Street Fighter series, Luke is an eager and headstrong character who experiences a tragic childhood event that brings him to enlist in the U.S. military. Luke’s various costumes incorporate aspects of his military background and MMA-inspired fighting style.

Luke’s move set involves unique mechanics that are brand new to SFV. In addition to standards, such as a zoning projectile in “Sand Blaster” or an anti-air with “Rising Rocket,” Luke comes equipped with various target combos and methods of getting in on his opponents.

Meanwhile, his V-Trigger is special in that the V-Timer increases as time goes by or as he does damage using specific moves, giving him an edge against opponents who run away once Luke activates his V-Trigger. On the other hand, if Luke takes damage, his V-Timer decreases, rewarding opponents who manage to stay on offense versus Luke.

Street Fighter V: Championship Edition is available now on PC and PS4, and playable via backward compatibility on PS5. Luke can be downloaded now.