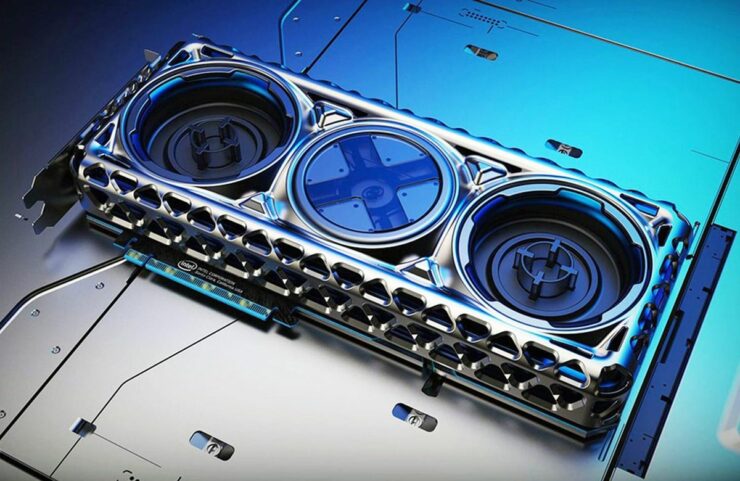 Intel is following AMD’s footsteps with its ARC GPU lineup and if Alchemist is their RDNA 1 moment, then Battlemage is going to be their RDNA 2 moment where they aim for the enthusiast gaming space.

In the latest video published by Moore’s Law is Dead, we get early information on what Intel’s DG3 or Battlemage series of GPUs codenamed ‘Elasti’ are going to be like. To start with the details, we’ve got a quote from MLID’s sources saying that DG3 ARC Battlemage GPUs are going to be shooting for the high-end segment. Currently, Intel is about a few months away from launching its DG2 ARC Alchemist GPUs which will tackle the mainstream and high-end segment graphics cards from AMD (Radeon RX 6000) and NVIDIA (GeForce RTX 30). 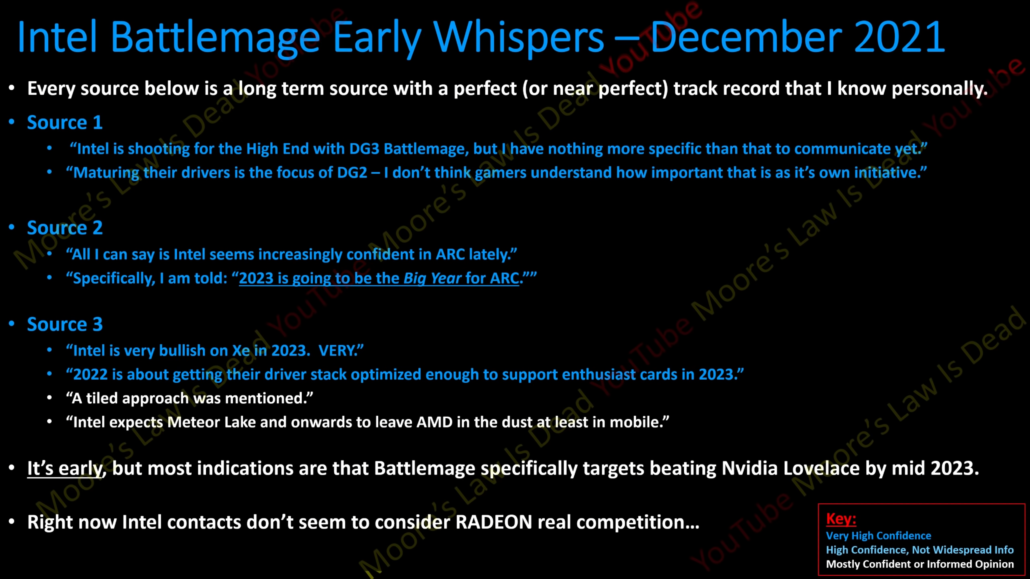 The most that we have heard is that the ARC Alchemist A*** series will feature performance on par or slightly better than the NVIDIA GeForce RTX 3070 Ti and AMD Radeon RX 6800/6700 XT. As you can tell, these aren’t the enthusiast-level performance but for now, Intel wants the market share and you don’t get those from enthusiast products but rather mainstream and entry-level options. Think of it as what AMD had done with its first-generation RDNA (Navi 1x) graphics cards, aiming at the mid-tier segment first before going all out with RDNA 2 (Navi 2x) graphics cards.

It is also stated that Intel’s DG2 ARC Alchemist will offer the first true gaming drivers and that is its own initiative. NVIDIA and AMD have worked years to optimize their current suite of gaming drivers and to get Intel’s first discrete gaming GPUs on the same level as the competition is certainly a big deal. With that said, Intel feels a lot more confident in ARC now than ever and while 2022 is just the beginning, 2023 is going to be ARC’s year from the looks of things. In fact, all the driver work that goes into DG2 GPUs is being done for the next generation of enthusiast offerings.

An interesting quote from one of MLID’s sources states that Intel could be researching a Tiled-GPU approach for its next-gen DG3 offerings. At least AMD is expected to offer a multi-chiplet graphics architecture with its RDNA 3 series and Intel might be the second GPU maker to go this route. This will also be the route for integrated graphics as we have already seen that Meteor Lake CPUs are getting a Tile design with separate CPU/GPU/SOC IPs. It is said that Meteor Lake CPUs and onwards with next-gen ARC GPUs will leave AMD in the dust on the mobile platform. AMD will be rehauling its Ryzen APUs with RDNA 2 GPU cores next month and that will deliver a huge performance uplift so Intel’s true answer to them will come in 2023. 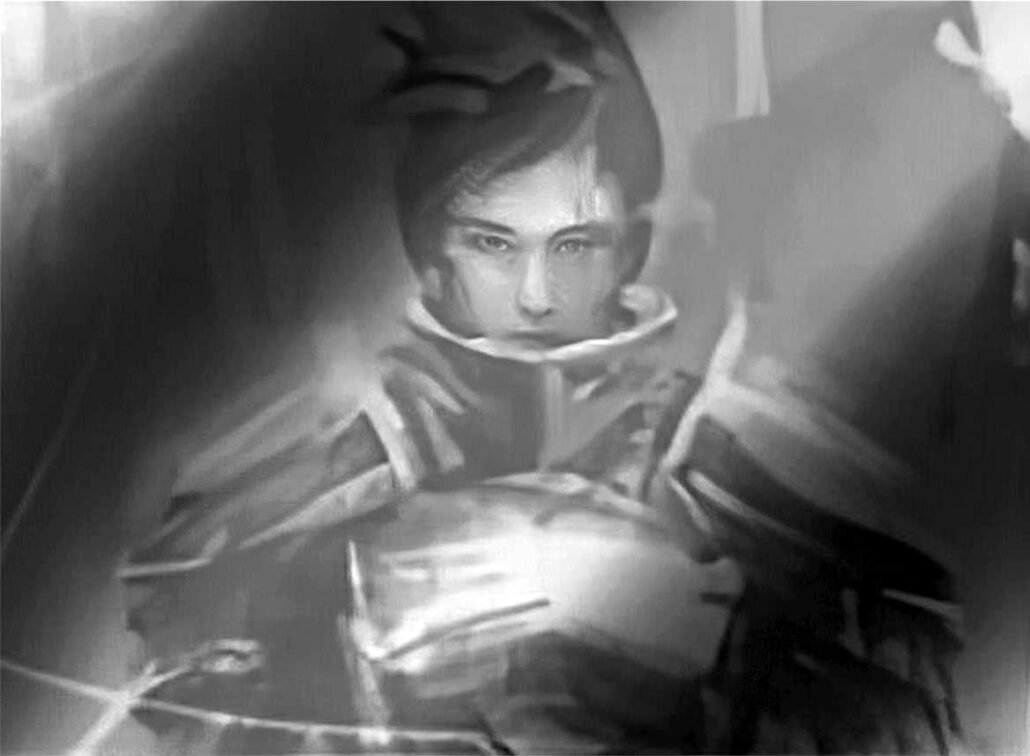 As for competition, Intel, reportedly, doesn’t even consider AMD as competition and their target with ARC Battlemange GPUs is said to be NVIDIA Ada Lovelace. The green team is rumored to launch their next-gen by end of 2022 so the mid-2023 DG3 launch means that NVIDIA will have a 6-month head start over them but Intel could tackle that by pricing their graphics cards correctly. It is also said that Intel might consider making their roadmap more aggressive so that the next launch is closer to AMD’s and NVIDIA’s next-gen parts rather than being half a year late.