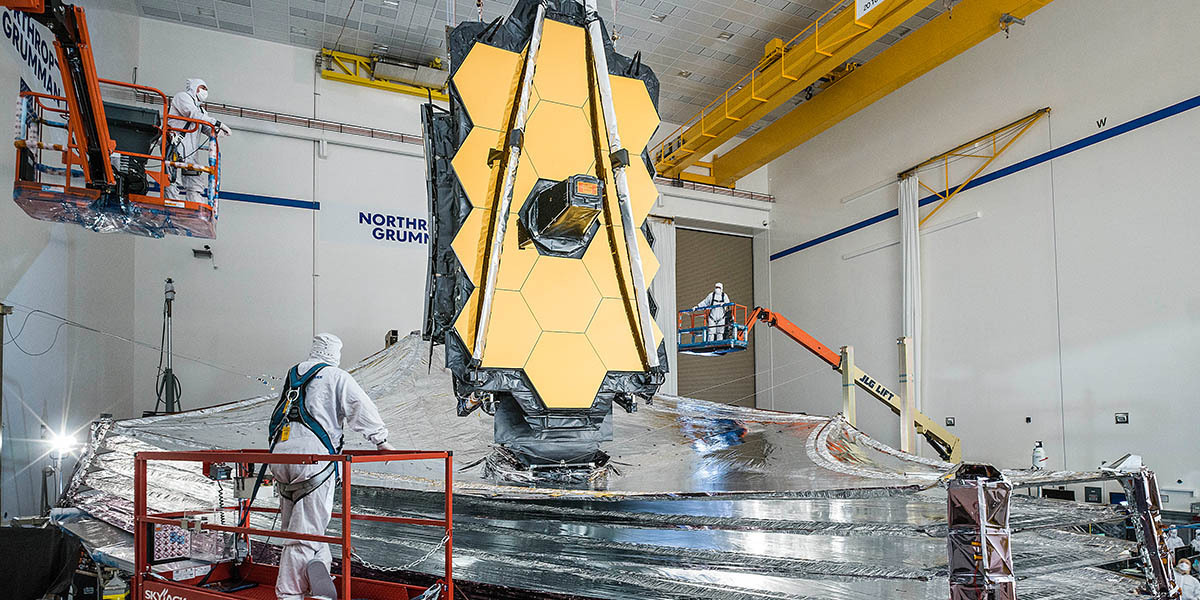 Seven months ago, engineers stowed the James Webb Space Telescope’s tennis-court-sized sunshield for the last time before it unfurls a million miles from Earth.

They had rehearsed deploying it from soup to nuts three times. The first time they opened it, a cable ended up in the wrong place. The second time, some of the glue they used to keep the cable in line caused a mechanical clog. The third attempt, after techs cleaned the errant gunk, was seamless, said Keith Parrish, NASA’s commissioning manager for the observatory.

“There’s degrees of hitches,” he said in an interview with Mashable, emphasizing that none of the earlier snags were complete failures. “What matters to us is the last time we unfolded it, we had no hitches.”

Astronomers anticipate the observatory that launched on Christmas, a joint program of NASA, the European Space Agency, and Canadian Space Agency, will lead to countless discoveries. Infrared technology will pull back the curtain of gas and dust that has hidden distant stars and other worlds’ atmospheres. It’ll also reveal the light from galaxies billions of light-years away. The expansion of space causes those light waves to stretch into the infrared.

But before Webb can do that, the spacecraft has to zip past the moon to its orbit around the sun, then open a 70-by-47-foot sunshield, protecting the instruments from light and heat. This deployment is one of many configurations necessary for the mission but widely regarded as the most complicated. The task will take five days to complete, beginning Tuesday.

Günther Hasinger, the European Space Agency’s science director, described the process as a butterfly breaking through its pupa and unraveling its golden wings. Others have simply called it risky.

With several first-of-its-kind moves planned and a $10 billion telescope at stake, the crew has built in backups and prepared contingency plans to ensure it works, said Jim Flynn, director of vehicle engineering for Northrop Grumman, NASA’s lead industry partner on the project.

“The system was designed so that if we see something that we’re not quite comfortable with, we can stop anywhere in the deployment and kind of look at the telemetry,” said Flynn, referring to instrument readings, “before we move on.” 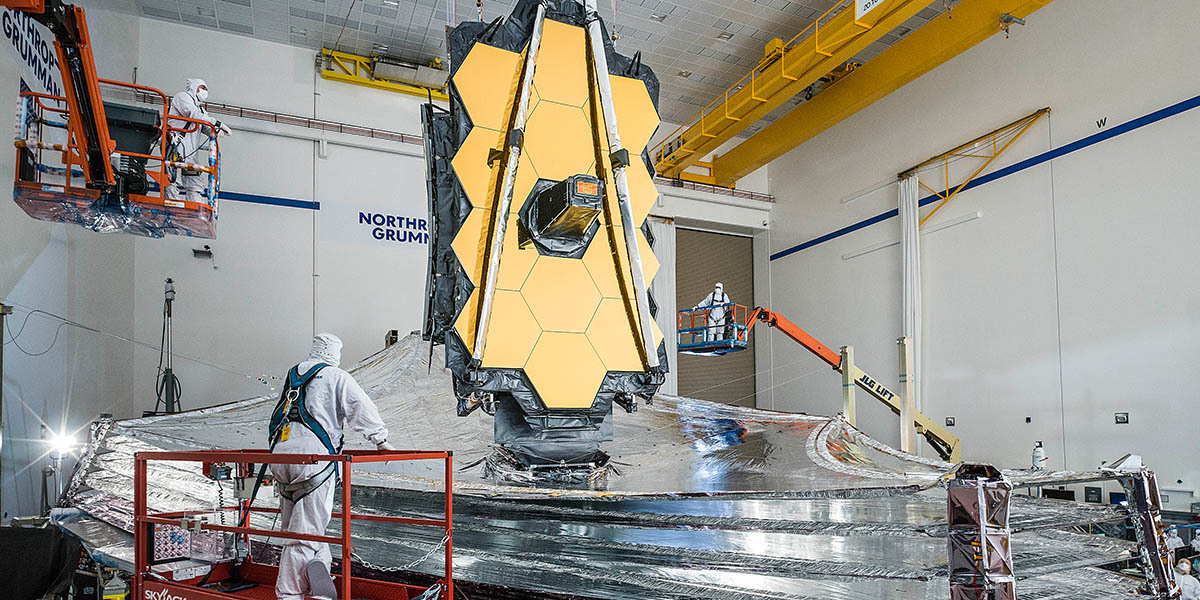 The sunshield’s job is to keep the powerful telescope shaded from the sun. That lets the instruments get super cold, 600 degrees Fahrenheit less than the side facing the sun. Without it, the heat coming off the sun, moon, Earth, and devices could “blind” the cameras: Webb detects infrared, a type of invisible light that gives off heat. That means its sensors need to be extra cold to pick up faint heat signals from the far reaches of the universe.

The first step will be to unpack the two large pallets holding the sunshield material. They flip down like tray tables on the back of plane seats. Once the pallets are flat, a command pushes the telescope away from the spacecraft, the home for its operational support, creating a gap for the sunshield to unfold and keeping the hot and cold ends separate.

Then, there’s the uncinching of the 107 pins that secured the five-layered shield during the jerks and jolts of the launch. They hold down the nested layers of material folded like a paper fan. Pins are released in groups of about five and will take hours to be removed.

Once the material is free, two booms begin the delicate process of unfolding it. Each composed of several extending tubes, the booms slide out, one side at a time. As they move, they pull the pleats of the material.

One of the biggest design challenges was figuring out how to keep the loose layers from billowing in an environment without gravity forcing it down, Parrish said. An engineer on the team invented a system of magnets and straps to keep the folds together until the booms unfold them.

After the material is all laid out, spreader bars rigged with cables and pulleys raise it up like a sail on a mast, one corner at a time. This final step stretches all the sunshield layers as tight as possible.

If something goes wrong, NASA can’t send out a rescue squad for orbitside assistance. Instead, engineers tried to make the system reliable by using highly durable parts and including backup systems. Not every element of the design could be duplicated, though. They have two different electrical ways to control the pins, for example, but they don’t have two sets of pins.

So engineers built in extra deployment features in case the sunshield gets stuck: push-and-pull, shimmy, twirl, and fire-and-ice. Those are nicknames for the “tools” in the spacecraft’s toolbox.

Like working on a jammed desk drawer, the ground crew could push or pull harder on devices to try to unstick them. Or imagine gently shaking that drawer to loosen the clutter lodged in it. The crew could also initiate a low-level vibration — a “shimmy” — by firing its rockets in different sequences.

The “twirl” could come into play if they want some parts to fly outward. The team has a way to spin the entire observatory like a carousel. They could also heat and cool it to loosen things up, like running hot water over a stubborn jar lid.

NASA doesn’t think the sunshield will need these gimmicks to open. Engineers have put Webb through more tests than any other unmanned mission, the agency says, but the features are there for the unexpected.

“If we’re doing twirls and shimmies and things like that, we’re having a bad, bad day,” Parrish said.

In Redondo Beach, California, about 20 to 25 engineers will be on standby at Northrop Grumman with a full-scale model of the sunshield and other Webb parts. The models could come in handy for diagnosing problems, Flynn said. After all, they can’t send astronauts up to look under the hood of the real thing. 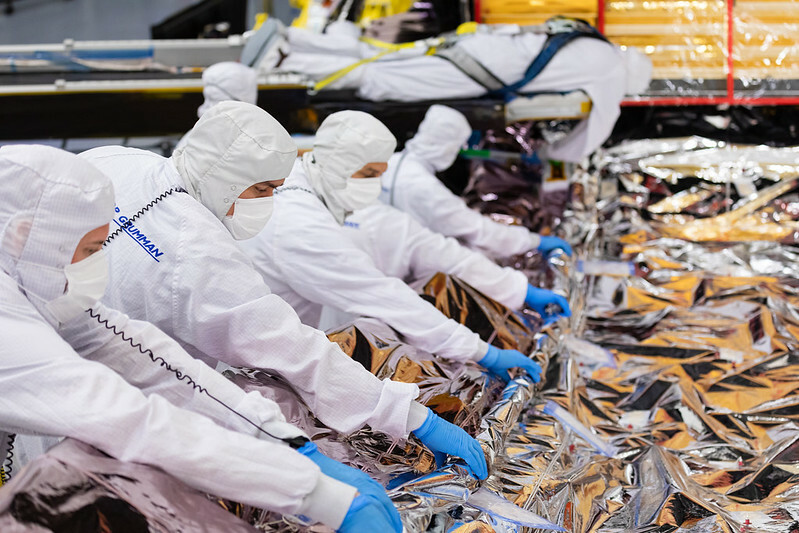 Despite the sunshield being stored for many months, Flynn said the long time since its last opening doesn’t add to his stress. If anything, it gives him confidence to know it hasn’t been handled too much, making it vulnerable to human errors.

What worries Parrish is whether the painstaking effort they put into packing it up left it intact. It’s like a parachute, he says: It’s only as good as the last time you folded it.

As the deployment begins, Parrish won’t partake in any superstitious rituals. He won’t hold his breath, either — five days is too long for that.

“Most of us who worked on this — we’re family, we’re friends, and along those many years, we’ve lost some people,” he said. “We’ll look to the heavens and say, ‘Hey, can you give us a little hand here?’”

Then on to the telescope’s mirror-opening sequence.