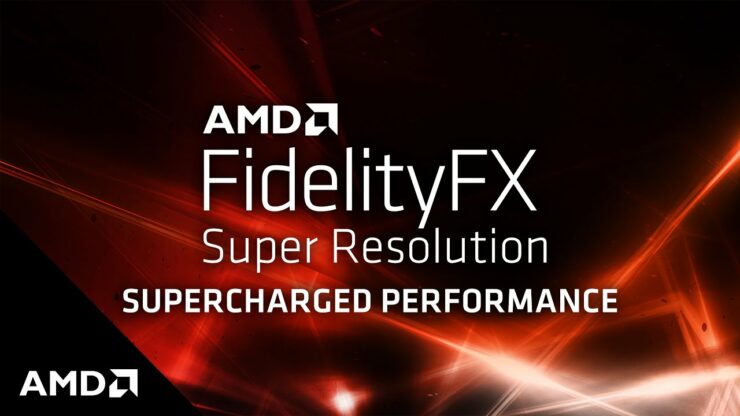 AMD Radeon Super Resolution ‘RSR’ Technology In The Works, Can Be Enabled In Almost Any Game Through Drivers

From what information has been published, it looks like AMD’s Radeon Super Resolution ‘RSR’ technology is the red team’s answer to NVIDIA’s Image Scaling solution which was introduced a few months back. The technology will be based on the FSR 1.0 algorithm and is said to work with almost any game without any additional developer support.

With DLSS and FSR, the technology needs to be a part of the game engine pipeline to work within the game. NVIDIA’s Image Scaling overcomes this restriction and enables scaling support in almost every title through driver-level support. In a similar fashion, AMD’s Radeon Super Resolution will also be enabled through the Radeon Software driver suite.

The only catch is that AMD Radeon Super Resolution would only work with games that feature support for Exclusive Full-screen mode though that’s not a big deal as most titles these days do that. Other than that, there might be some issues in scaling the game UI as is the case with driver-level support.

The AMD Radeon Super Resolution ‘RSR’ technology will work with both RDNA 1 and RDNA 2 GPU architectures though there’s no support mentioned for NVIDIA or Intel GPUs. NVIDIA’s Image Scaling technology on the other hand can be used with both AMD or Intel GPUs through lossless scaling and that might give them the edge though GPU support remains to be seen. The technology is said to be introduced soon and we may likely hear about it soon at AMD’s CES 2022 virtual keynote which is next week.

The post AMD Readies Radeon Super Resolution ‘RSR’ Technology, Could Be Enabled in Games Through Drivers by Hassan Mujtaba appeared first on Wccftech.